We have several flags which can be passed to the command to make the computer behave in a certain way.
ipconfig -? 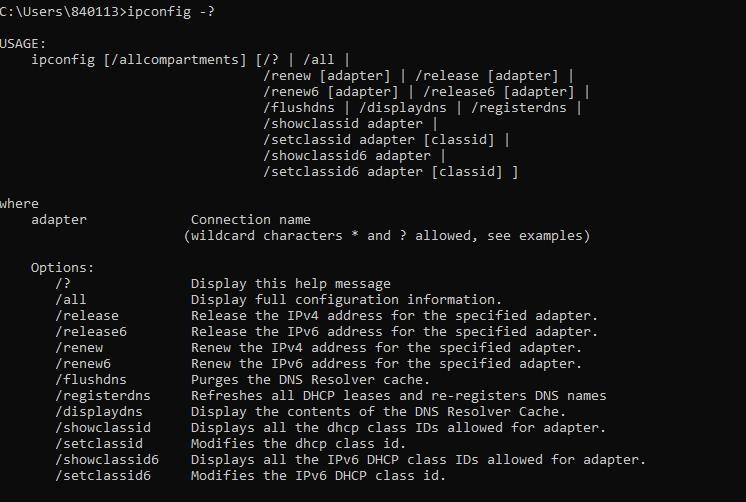 PING: It is used to send a test packet to a machine to find out if the machine is reachable and how long a packet takes to reach the machine.

The above command shows that a 32-byte packet was sent to the destination and returned. The TTL or the "Time to Live" counts how many intermediary steps or hops the packet should take so as to reach the destination before giving up.

TRACERT: This is a detailed version of the PING command or the "PING DELUXE". It gives information about whether the packet reached the destination and how long did it take but also the necessary information about all the intermediate hops it took to reach there. In LINUX/UNIX, tracert is called traceroute. This command also gives you the time taken in all the intermediate hops also the corresponding IP addresses.

NETSTAT: This is the short form for "Network Status". It tells us the connections the computer currently has. On a local machine it shows a lot many connections. This would show several private IP addresses which would refer to the internal communication. 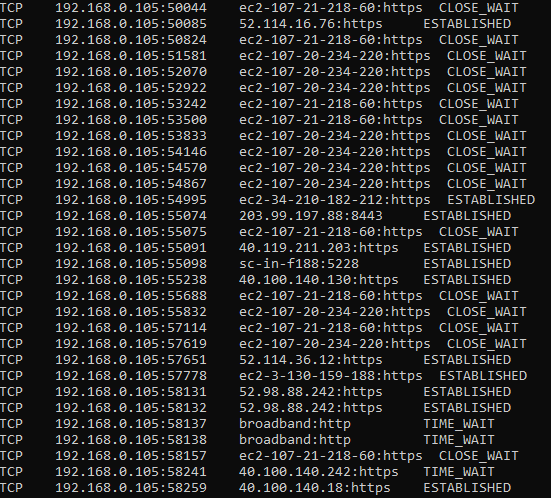