We all know that JS is a single-threaded non-blocking asynchronous concurrent language.

But what does this actually mean?

We all know that finalFunc will call callAdd, callAdd will call add, and add will return the sum of these two numbers and we will get 7.

But what’s happening behind the scenes?

So, there is a thing called call stack in JavaScript which is a type of data structure that records basically where we are currently in our program. 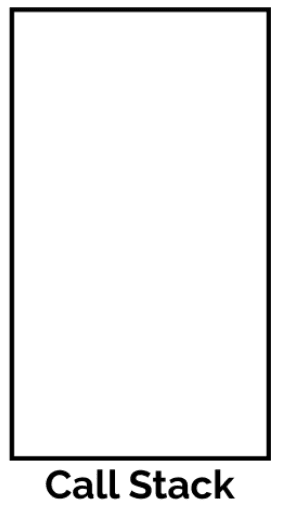 And in here, this is how our program runs:

lets take a look at our code:

So this is how our program actually runs inside JavaScript.

Correction: The code in this video is a bit incorrect, the actual code is the one written above.

Waiting for Callbacks and SetTimeout

Let us assume that callbacks and setTimeout are synchronous and we call them in our program. Then what do you think will happen?
The call stack waits until the processing of the current is done. So, yes, the call stack will have to wait till the timeout ends. Till then we won't be able to do any task.

And suppose there is one callback that never returns. Then what?
Your code will be stuck forever. That’s why being asynchronous is important.

We did the normal function call in JS. But now let's try setTimeout in our program. FYI setTimeout and callbacks are not part of the JS engine. They are part of browser API.

And now setTimeouts are something that waits to perform a particular action. But as we said JavaScript is a non-blocking language. Then where does this waiting go?

So what happens behind the scenes, in the case of timeouts, is that when a timeout is called it is shifted to a special place called callback queue or task queue.

The role of the callback queue is to hold the timeouts when they are complete and send it to the call stack when it's empty.

But who checks if the call stack is empty or not?

This is how a browser looks and as we can see that JS engine is not the only thing that is present in the browser. 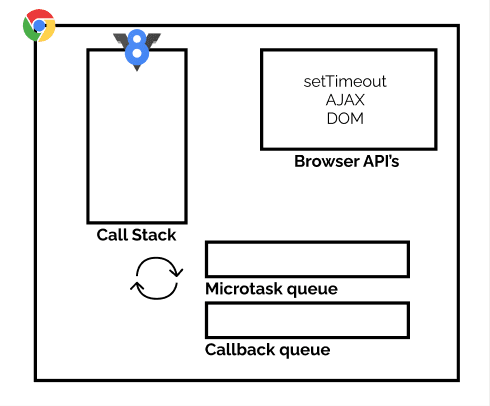 Until the microtask queue is not empty callback queue will not run.

So this was all about how async JS works. And yes, JS doesn’t like to wait so thanks to the event loop and the queues for the hard work.

How to display a preview of an image upload in React

formate usb-sticks on Ubuntu-. on the command-line and not with gui-tools

Saksham
What is HTTP? Nullish Coalescing?? Some CSS theories and declarations I didn't knew before

Once suspended, sakshamak will not be able to comment or publish posts until their suspension is removed.

Once unsuspended, sakshamak will be able to comment and publish posts again.

Once unpublished, all posts by sakshamak will become hidden and only accessible to themselves.

If sakshamak is not suspended, they can still re-publish their posts from their dashboard.

Once unpublished, this post will become invisible to the public and only accessible to Saksham.

Thanks for keeping DEV Community 👩‍💻👨‍💻 safe. Here is what you can do to flag sakshamak:

Unflagging sakshamak will restore default visibility to their posts.