As we know, Rails has its own approach to re-use some parts of the view, you can extract this HTML in modules called partials and you can use them as many times as you need and it's ok, actually, partials are an excellent option because you are using this feature out of the box without the need of install extra gems and the goal is accomplished, but, Github provides us another solution called ViewComponents.

ViewComponent is a framework for building reusable, testable & encapsulated view components in Ruby on Rails.

Ruby objects that output HTML. Think of them as an evolution of the presenter pattern, inspired by React.

but what benefits can they give us?

ViewComponents have some interesting features and that can be the param to decide between them or Partials, for example, these are my favorites features:

ViewComponents can be unit-tested 💪 and yes, this is crazy! because Rails traditional views are usually tested with Integration Tests but now you'll have some covered views parts with this fast kind of tests.

This is awesome! You can have all about your components organized into their own folder, in other words, isolated components, for example, suppose you have a Comment component, so your app/components/comment folder will look like this:

At the end, you have an isolated and portable component, with its own structure, styles, and behavior 🤟🏼 ready to use in many parts of your application.

I love how you can organize your components as you saw in the above point, but this is not everything, a component is a Ruby Class, so you can see what each component needs to be rendered, into the initialize method mainly, you'll see all needed data to build your view.

For this code example I'll use the project created in the past post, so if you want to follow this implementation, just clone it from here 👌.

The first thing we need to do is install the gem, we just open the Gemfile and we add this line:

finally, run this command on console:

Before creating our component, I want to add more details to our Tasks to do it more interesting. Open the app/views/projects/show.html.erb file and update the tasks list 👇🏼: 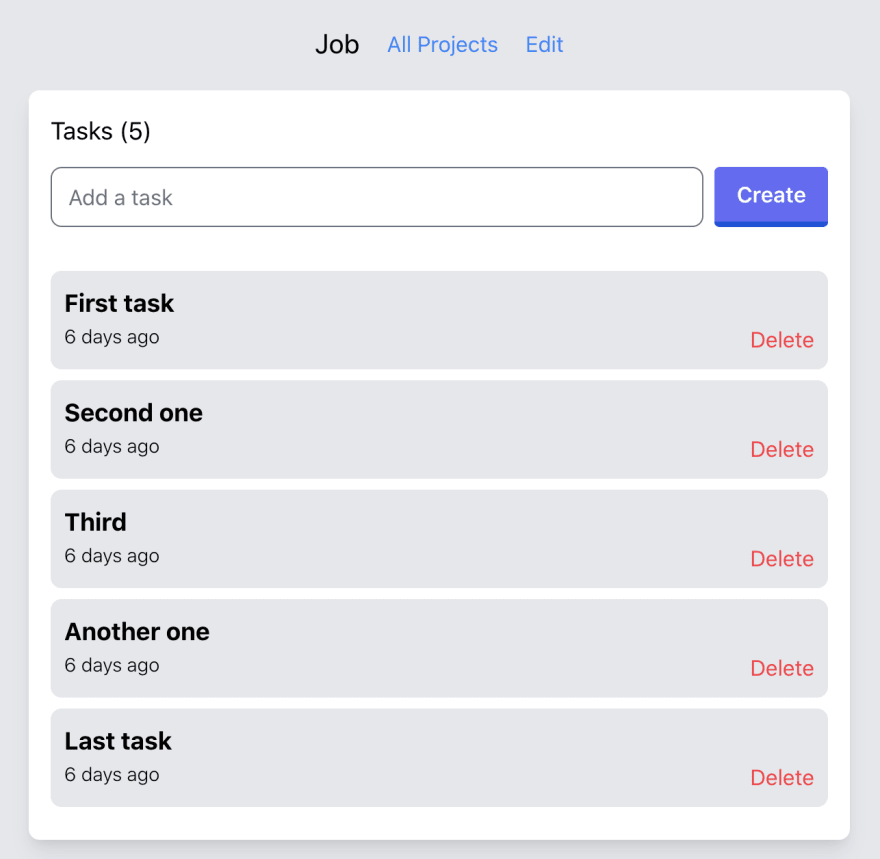 To create our Task component is necessary run the next command:

Running that command, we are just telling rails that we want to create a component with the name Task and it will receive a task as param, so the next step is to copy the HTML within the li element from app/views/projects/show.html.erb, I mean, the code that renders each task item and pastes it into app/components/task_component.html.erb replacing task variable with @task that it's the instance variable from our TaskComponent class, like this:

and let's render the TaskComponent into the tasks lists

and voila! Your first component is working 🤟🏼, you should see the same view as before

The first thing I want to do is order our /components dir, so let's do these changes 👇🏼

at the end, you should see this structure of folders 👇🏼 and the HTML view should be the same as the above screenshot

and finally you are ready to write the test into this file test/components/task/component_test.rb 🎉🎉🎉

Let´s review each line together:

You can run your test in this way

Your test is passed! 😃

Now you know how to create your own ViewComponents and test them, I hope this post is helpful, see you next! 👋🏼

Once suspended, sanchezdav will not be able to comment or publish posts until their suspension is removed.

Once unsuspended, sanchezdav will be able to comment and publish posts again.

Once unpublished, all posts by sanchezdav will become hidden and only accessible to themselves.

If sanchezdav is not suspended, they can still re-publish their posts from their dashboard.

Once unpublished, this post will become invisible to the public and only accessible to David Sanchez.

Thanks for keeping DEV Community safe. Here is what you can do to flag sanchezdav:

Unflagging sanchezdav will restore default visibility to their posts.