A definitive guide for building your multiplayer game on a browser the right way using socket.io on NodeJS and React. Ranging from folder-structure to project deployments

Getting started with a unique idea is important. But it is much more crucial to set the foot in the right direction when starting with a project.

"The future belongs to those who learn more skills and combine them in creative ways."

This guide will explain more about the Code Infrastructure rather than focusing on UI/UX. So bear with me if UI doesn’t look so appealing.

Socket.io is an abstraction built over the WebSockets protocol. Websockets is a protocol that allows a bilateral synchronous exchange between a client and a server. Or a bi-directional communication pipe in simple words
Note: Here WebSockets and socket.io will be used interchangeably (even though they are different in some aspects) unless stated otherwise.

Why WebSockets and not HTTP?

What do you mean by the “Right way”?

The Right way — here means getting started with a Codebase which can be easily scaled further, and simultaneously not creating much hassle for smaller projects. It addresses common practices that can be followed for a much more modular project. This in no manner states it is the official way to build WebSockets projects. But is simply my opinion on it, you can easily swap out bits and parts of the project you don’t like :D

What is the project about? ⚡⚡

So coming to the core of the guide. This guide explains building a “multiplayer socket.io game” through a real-world project. This way it is much easier to see the project in action and we know the code/infrastructure works too! The project is…

What does this game do? ⚡

It is a turn-based multiplayer game. Where people enter and create a room. Other people hop into the room. Then the game begins where all players are shuffled and first-person gets the chance to pick the football-player he wants. He can search from the list of players (viewing their stats, position, ratings, and other details) and confirm his selection within the allocation time. Now, the turn is passed to another player. This repeats until every person has picked their whole football squad.

Pretty simple? Yes/no, it doesn’t matter. We will see the detailed breakdown of the code infrastructure behind this.

The above diagram explains how everything is connected from a birds-eye point of view.

Both the HTTP and Websockets server in this guide uses NodeJS. We are using Redis DB as socket.io supports its integration out of the box also the read/write operations are much faster as data is stored in-memory. MongoDB is used as a more permanent storage solution. The game results and the user teams for each room are stored in MongoDB after the end of each draft round. It also stores user credentials if they wish to register (this project has an optional registration/login step).

The WebCrawler is written in Python3, using the Scrapy library. The football players dataset has been crawled from https://sofifa.com. It consists of more than 20,000 players including their rating, statistics, worth, clubs, etc. It also has an optional data-analysis jupyter-notebook for playing with the scraped data, but its discussion is out of scope for this guide.

NodeJS does not enforce code structure on you. This gives us a lot of flexibility to design them, but you can go horribly wrong which can lead to difficulty in maintaining and scaling the projects. This particular project structure can be used when working with sockets + NodeJS

Let's dive in how the project codebase is structured

The backend is divided into different directories according to the project requirement. If you want to skip or swap certain modules, it is as easy as adding another directory.

Most of the sub-directories are common to node projects, so I won't explain them in detail here. The comments beside each directory should give an idea of what it is.

We will focus more on subdirectory socker/. This the place where your core socket.io code will reside.

The entry point for socket.io (App.js)

Here two servers are created, app — listening to HTTP requests and server — listening to WebSockets connections. It is recommended to keep them connected to different PORTs to avoid confusion.

You might be wondering what is "socker" on line 1 and 8.

Socker is just a function alias (because I am building a football draft game here, duh!). This function attaches the Server (passed in line 8 of app.js) to an engine.io instance on a new http.Server. In simple words, it attaches the socket.io engine to the server passed to it.

But the above code doesn't explain much. Now, the following questions arise:

Creation of Namespaces and why?

Namespaces are an important feature of socket.io. It represents a pool of sockets connected under a given scope identified by a pathname like /classic-mode , /football-draft , /pokemon-draft , etc. This is basically creating different endpoints or paths. It allows us to minimize the number of resources (TCP connections) and at the same time separate concerns within your application by introducing a separation between communication channels. By default, socket.io connects to the/ namespace.

Creation of Rooms/Channels and why?

Within each namespace, you can create arbitrary channels or rooms. This further allows you to create connections which sockets can join or leave . Here we use channels to create different rooms where users can join or create to play together.

Example of joining a room

A wholesome example summarizing the use of namespaces and channels:

That's it for Part I. The code structure shown here works for medium size projects quite well. If you are building a quick prototype, you may omit or combine the schema and models folder. Do not hesitate to make the project lighter if required :)

What if the project size increases? The current structure might not work well. You can create sub-folders as per required services and components ( user-authentication , __tests__ , analytics , etc.). You might even create microservices i.e. deploying each process or service individually allowing you to load-balance or scale only the processes under heavy-loads.

Remember do not over-engineer your product, build and deploy in stages! 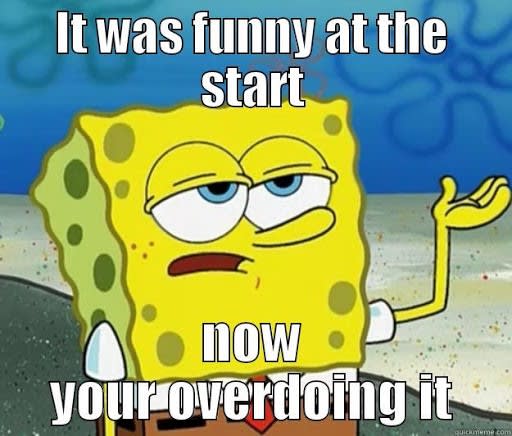 Be it a joke or an engineering-project, no one likes overdoing it :)

If you are interested, here are my project links:

Next article/articles will focus on:

✌️️ Have a great day!

How to translate NextJS app with next-i18next?