When people think of CSS Grid they normally envision image grid layouts and full web pages. However, CSS Grid is actually a superb technology for laying out articles as well, as it allows you to do things which previously was tricky to achieve.

In this tutorial, I’ll explain how to recreate the famous Medium article layout using CSS Grid.

Note: I’ve also been part of creating a free 13-part CSS Grid course at Scrimba. Get access to the course here.

Click the image to get to the full CSS Grid course.

In the course, my colleague Magnus Holm will go through how to create an article layout using CSS Grid. So if you prefer watching instead of reading, be sure to check out his screencast.

We’re going to start off with a basic HTML file, which contains the type of content you’ll typically find in a Medium article. For example title, paragraphs, subtitles, images, quotes and so forth. Here’s an outtake: 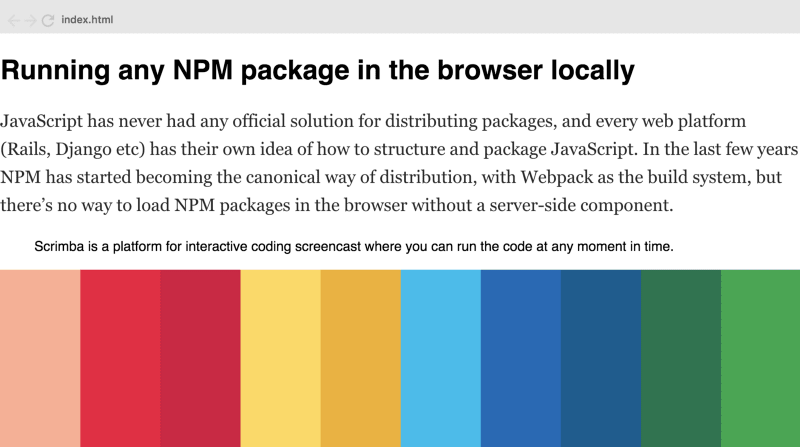 Not particularly elegant. So let’s fix it with CSS Grid. We’ll do it step by step so that it’ll be easy for you to follow.

The first thing we need to do is turn the whole article tag into a grid and give it at least three columns.

The first and last columns are responsive and act as margins. They’ll contain white space in most cases. The middle column is fixed at 740 pixels and will hold the content of the article.

Notice that we’re not defining the rows as they’ll simply be as tall as they need to be in order to fit their content. Each content block in the article (paragraph, image, title) will get its own row.

The next step is to make sure all the content in the grid starts at the second column line by default.

We now have the following result: 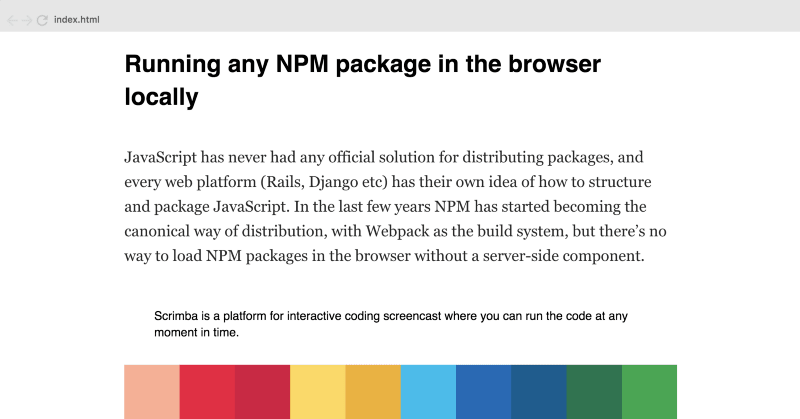 We can instantly see that this looks better, as the white space on each side makes the text easier to read.

However, this effect could have been achieved just as easily using by setting the left and right margin property to auto. So why use CSS Grid?

Well, the problem arises when we want to mimic Medium’s image features. For example creating full-width images, like this one: 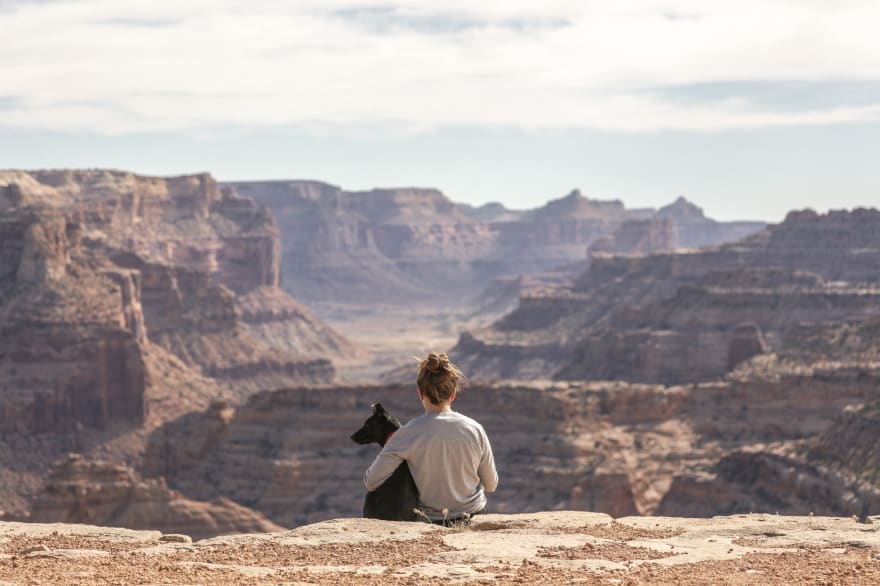 If we had used margin: 0 auto this would have forced us to apply negative margins to the images to make them take up the entire website width, which is hacky.

With CSS Grid though, this becomes a piece of cake, as we’ll simply use columns to set the width. To make our image take up the entire width we’ll just tell it to span from the first to the last column line.

We’ve also set some margin on the top and bottom. And then we have a nice full-width image: 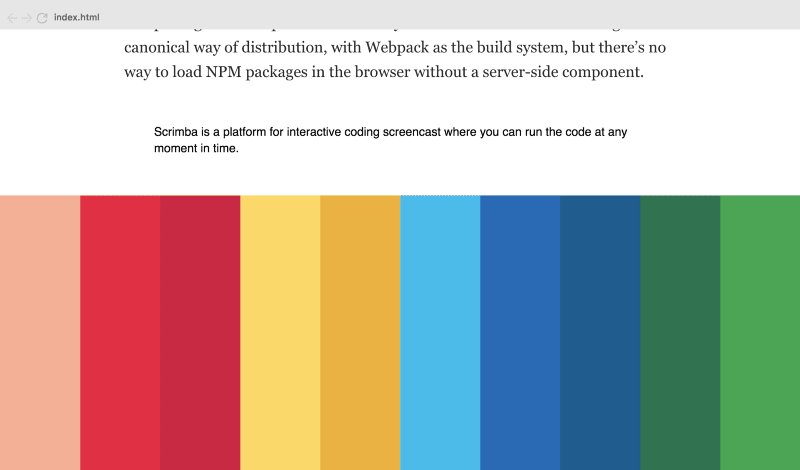 However, this doesn’t get us all the way, as Medium has a few other layouts which we need to account for. Let’s look at a couple of them:

This is the image option in between the normal one and the full width one, which we’ll call a mid-sized one. It looks like this: 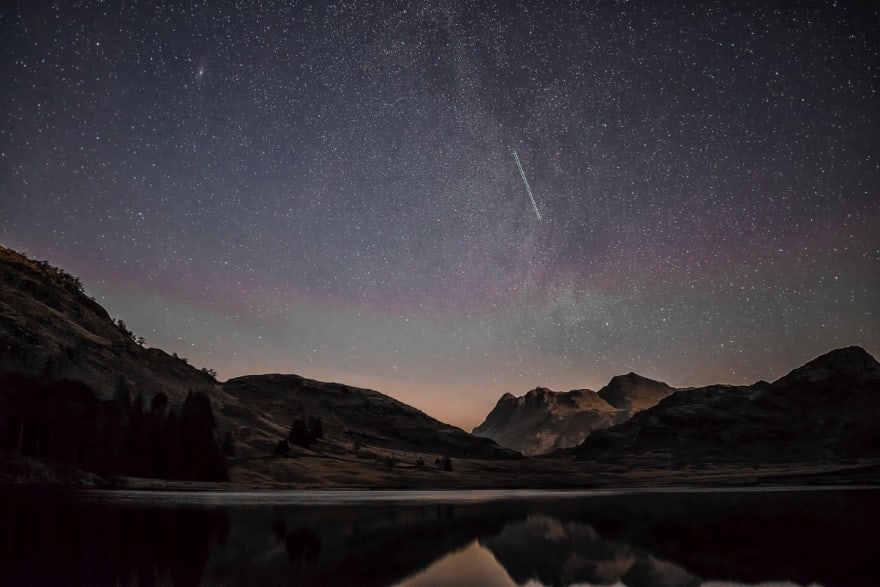 NOTE: If you’re watching on mobile, this image is identical to the full width one. In this article, we focus on the desktop layout only._

This will require at least two new columns to our layout.

In addition, Medium also places a vertical line on the left-hand side of the article if you add a quote:

← Notice the vertical line. We’ll need to add an extra column to our grid because of it.

So to support both quotes and mid-sized images we’ll need to split the entire width into seven columns instead of three, like this:

If we use the Chrome inspector we can actually see the underlying grid lines (see image below). Plus, I’ve added pointers to make it easier to recognise the different columns. 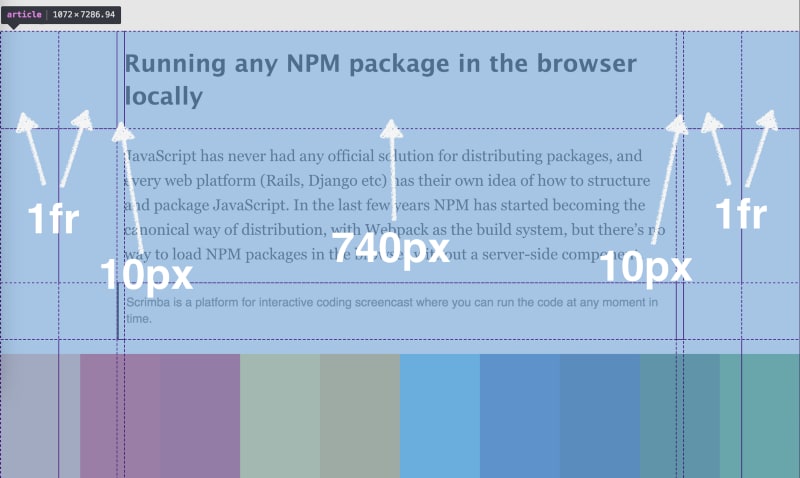 I’ve added pointers to make it easier to recognise the different columns.

The first thing we need to do it to make all default items to start at the fourth column line instead of the second one.

Then we can create the mid-sized image by doing:

Here’s how that looks with the Chrome inspector activated: 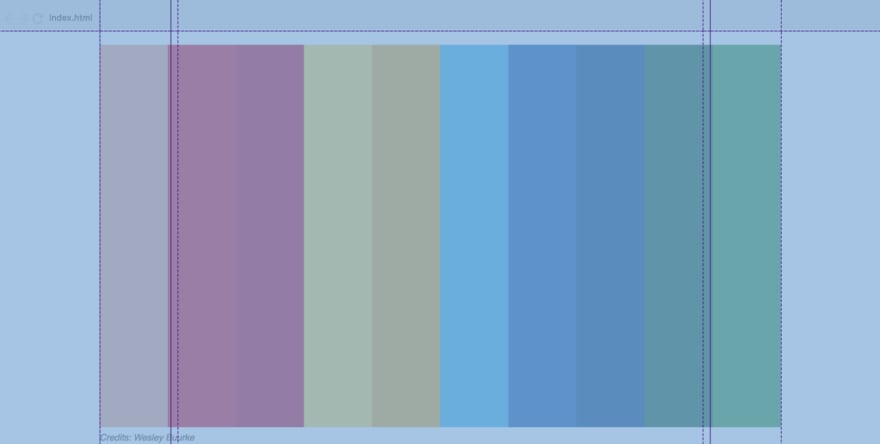 The quotes are easily created by doing the following:

Now there’s one last thing we need to support. Medium has a pretty nice way of signalling which content in the article is most highlighted. The text turns into green, and it gets a Top highlight on the right hand side.

The Top highlight text element would be a nightmare to create if we’d used margin: 0 auto; instead if CSS Grid. This is because the element acts different from all the other elements in the article. Instead of appearing on a new line, it’s suppose to appear on the right hand side of the previous element. If we didn’t use CSS Grid we’d probably have to start messing with position: absolute; to make this work.

But with CSS Grid it’s super simple. We’ll just make that kind of element start on the fourth column line.

That’ll automatically make it place itself to the right of the article:

Note: I haven’t highlighted the text in green, as that’s got nothing to do with CSS Grid.

And that’s it! We’ve now recreated most of Medium’s article layout using CSS Grid. And it was actually pretty easy. Note however that we’ve not touched responsiveness, as that requires a whole new article in itself.

Check out this Scrimba playground to look at all the code.