AWS CLI and Copilot CLI are already installed and configured, and Docker Desktop for Mac is used for local testing.

Create a working directory and set up Express to work with TypeScript.

In the created index.ts, we will start Express and define a GET request handler for /.

Access to http://localhost:3000 and if you see Express app works! you're ready to go.

Deploy to ECS with Copilot 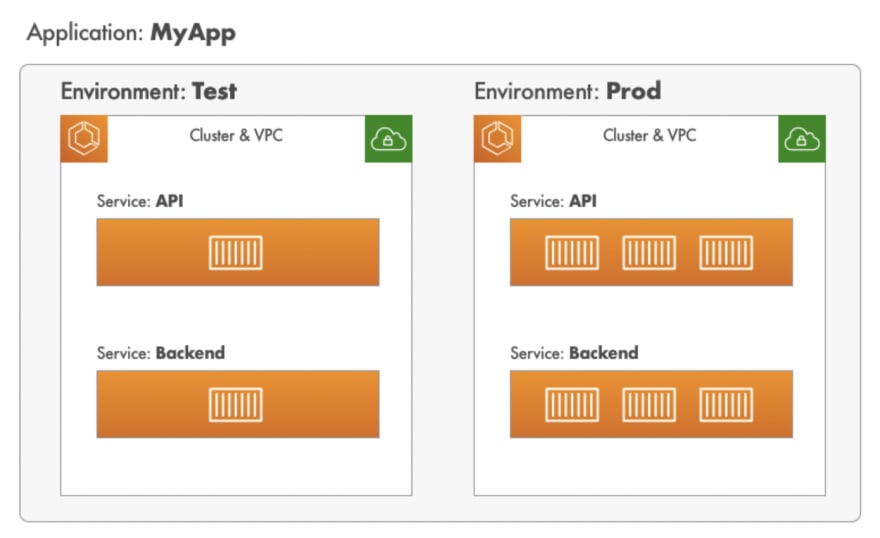 "Service" is the application that runs in the container. In this case, we will create a Service named "api".

"Environment" is an environment such as test/staging/production. In this case, we will create an Environment named "test".

"Application" is a concept that combines Service and Environment. In this case, we will create an Application with the name "copilot-express".

In this case, we will have one Service, one Environment, and one Application.

Run copilot init to initialize & deploy.
You will be asked several questions to answer.

Type copilot-express when asked for the Application name.

Type api when asked for the Service name.

Select ./Dockerfile when asked which Dockerfile to use.

This time, we're deploying to a test environment, so enter y.

After answering the questions, it will start to build the environment with IAM Role, Subnet, VPC, etc. Wait for a while.

After the environment is built, the Docker image will be pushed to ECR and deployment to ECS will start.

Access the URL displayed and if you see Express app works! as you did locally, deployment is complete!

After confirming the operation and the status of the application actually being deployed to ECS.
Delete the Application created this time.

Once I learned the concept of Copilot (similar to Beanstalk) and the steps, I found it to be a great way to deploy containers to ECS!

In actual production, Copilot will also include CI/CD and Sidecar pattern, so I'll be experimenting with that as well.

Authentication with Firebase in NextJS, with SSR!

Once suspended, shoya will not be able to comment or publish posts until their suspension is removed.

Once unsuspended, shoya will be able to comment and publish posts again.

Once unpublished, all posts by shoya will become hidden and only accessible to themselves.

If shoya is not suspended, they can still re-publish their posts from their dashboard.

Once unpublished, this post will become invisible to the public and only accessible to Shoya Shiraki.

Thanks for keeping DEV Community 👩‍💻👨‍💻 safe. Here is what you can do to flag shoya:

Unflagging shoya will restore default visibility to their posts.