I was using Ubuntu 20.04 on my PC with NVIDIA GTX 1060 card. Even after installed the driver from Additional Drivers, I got the below error when running nvidia-smi to check if the driver is working.

After a lot of searching, I ended up with this solution:

To resolve the above issue, you can do these simple steps:
Step 1: Make sure you have nvidia-prime installed:

Step 2: Run these commands in Terminal:

And ta-da! It's working. 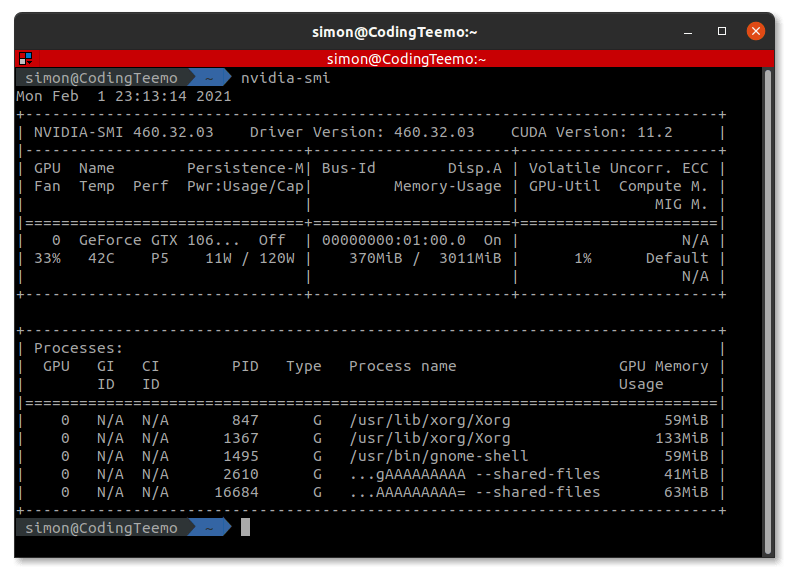 A simple Gradle build with example on Ubuntu

how to install open edx on ubuntu

Once suspended, simonpham will not be able to comment or publish posts until their suspension is removed.

Once unsuspended, simonpham will be able to comment and publish posts again.

Once unpublished, all posts by simonpham will become hidden and only accessible to themselves.

If simonpham is not suspended, they can still re-publish their posts from their dashboard.

Once unpublished, this post will become invisible to the public and only accessible to Simon Pham.

Thanks for keeping DEV Community safe. Here is what you can do to flag simonpham:

Unflagging simonpham will restore default visibility to their posts.