With a population of over 1 billion, India is a breeding ground for talent acquisition. Numerous companies from all over the world have lined up in the past, are doing it now and will continue to do so in order to tap into this potential.

Every year there is an increasing demand for hiring in all the metropolitan cities across the country driven by significant additions in the IT sector recruitment by various global tech companies. According to a feedback survey conducted in 2019 by LinkedIn, a professional networking organization, at least 12 internet and IT businesses were ranked among its list of the top 25 companies to work for in India.

Owing to the dynamic nature and multitudes of functionalities that the software industry caters to, there can be many ways to define these companies. However, they can be broadly divided under the following types based on what they are selling and who they are selling to.

Several tech giants have global dominance in software development. With advancements in technology happening every day, this is an essential factor in driving the world economy. India, as a rapidly developing nation, is profoundly contributing to this revolution in technology, thereby making its mark as a favourable market for companies focusing on developing as well as outsourcing software. 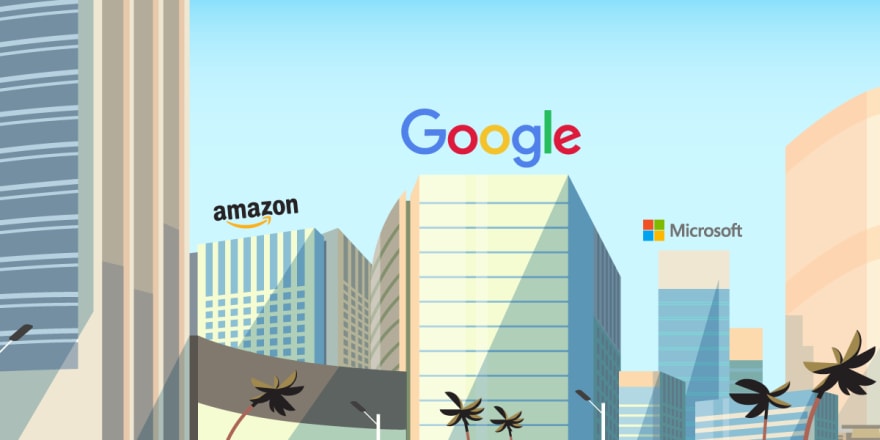 Why are they hiring in India?

One might wonder, with so many developing countries in the world, how does India manage to dominate in attracting the major share of software outsourcing from companies like Google, Microsoft, Facebook, Amazon, Apple, etc. The reasons are simple: 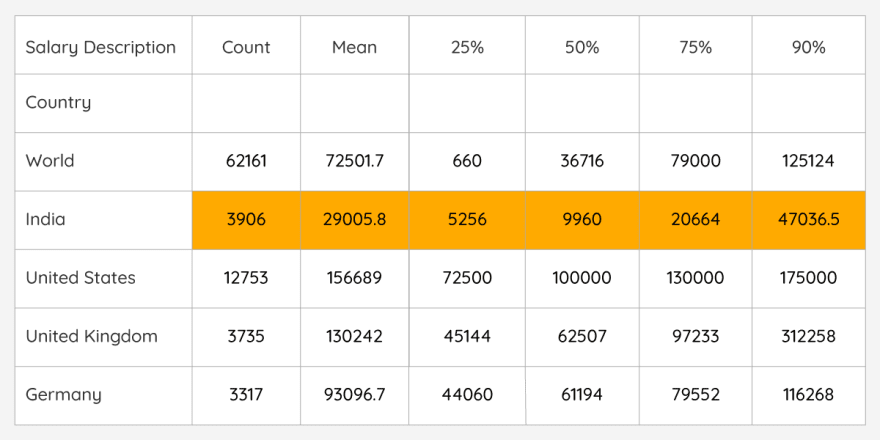 Communication skills: The medium of education in every technical university in India is English, irrespective of the location or region. This enhances English language skills which ultimately facilitates an ease of communication while working for a majority of clients across the globe. This also gives Indians an edge over countries like China, which are substantially ahead in terms of the software industry, but have a small fraction of the population that speaks fluent English.

Being associated with the most popular names known across the world, gives an employee a significant recognition advantage. Another benefit claimed by recruits is that even though job applicants are offered remunerations that are way lower than their American or European counterparts, their pay packages are still more than what Indian establishments usually offer for the same kind of work experience. Freshers usually receive annual packages of 12–14 lacs when they join as software engineers. These aspects of IDCs make them crowd favorites during recruitments.

A startup is a new company created by a single or a few entrepreneurs working towards a goal of delivering new products or services or both.

As their name suggests, these companies are at their utmost initial stages of development and these mostly operate on shoestring budgets. To make a mark on the technology domain, these companies have expenses exceeding their revenue, in order to create quality work in software development, testing and marketing.

Startups provide a great opportunity to fresh graduates, as they provide a great learning curve in this industry. Having low manpower requires employees to fast track their skill set development. The rate of facing more and bigger challenges and responsibilities every day is also higher here than an established company, where employees are assigned the same job and responsibilities for long periods, even years. Thereby, an employee’s impact on the outcomes of a startup firm is more profound than an employee working in big teams in a large company.

“Longevity in this business is about being able to reinvent yourself or invent the future.” ~Satya Nadella (CEO, Microsoft)

Over the past decade, India has witnessed a massive uprising in technological entrepreneurship. It all started with the growth of Internet businesses during 2012–2013. The global investments were rushing in at a time when Reliance Industries launched Jio, with an exceedingly low budget high-speed mobile data plan, enabling people from every region of the country to access the Internet. This created a wave of young graduates fresh out of top-notch engineering colleges and business schools to create startups in India.

A NASSCOM report released towards the end of 2019, revealed that so far India had added 1,300 new startups that year, taking the total number of startups to close to 9000, reinforcing India’s position as the third-largest startup ecosystem in the world.

These companies started out with low capital, hence they made use of effective talent acquisition. Most of them were founded by IIT and IIM alumni who had gathered their own experiences from established tech giants. For new hires, they focused on high quality skill sets as they could not afford employees in huge numbers. To achieve this, conventional methods of selecting candidates like written tests and interviews were ditched and creative tools and tactics were used to assess talent. Some of these creative hacks included providing internships, conducting coding competitions and hackathons, using AI technology to browse and rank resumes, etc. They rebuild recruitment methodologies in order to acquire the cream of the talent pool which would lead to the best productive environment possible.

Needless to say, such establishments expect their employees to learn a lot and fast while working, as they put a lot of stake on them. So anyone who thrives on challenges and wants to take up newer roles and responsibilities at a fast pace, should consider working for them. Remunerations in startups depend on the quality of skill set a fresher comes with at the time of hiring and the kind of revenue the firms have generated within their short life span. While salary packages normally range between 2.5–4 lacs per annum, the companies have also been heard of offering 6–8 lacs per annum pay packages to those with advanced digital technology knowledge like AI, ML, RPA, etc.

Captive is a generalised term in the corporate world to describe captive insurance. It is a licensed insurance company created by parent companies or parent groups to provide coverage for themselves. Instead of finding outside firms to provide risk-mitigation services, these parent companies pay premiums to the captive insurer, which would be their wholly-owned subsidiary company. Therefore, it’s a form of self-insurance whereby the insured is wholly owned by the insurer.

Having a captive enables the parent companies to reduce insurance costs, provide coverage for risks (that would otherwise be difficult to place) and future liabilities, if any.

The country head of WalmartLabs India (the technology arm of the US retail corporation) in Bengaluru, Hari Vasudev told Economic Times that, “India’s talent market across a variety of technology areas is very advanced and we want to very aggressively tap into this talent pool.” With this notion, they have been consistently building their teams in India, by insourcing more tech work to their captive centres, a strategy also being shared with similar organizations like US home improvement giant Lowe’s, retailer Target, UK based retail giant Tesco, British-Swedish pharma major AstraZeneca and the French multinational investment bank and financial services company Societe Generale, to name a few.

Captives provide tech employees an opportunity to work on the management, regulatory and auditing side of the corporate world. They are more business oriented and provide many employee benefit programs, thus being more appealing to skilled professionals who have IT industry experience and are looking to work on this side of the corporate sector or willing to wade into new territories. The salary packages in such establishments vary widely for senior-level positions depending on years of experience and skill sets. For entry-level jobs the pay scale generally ranges between 2.5 to 6 lacs per annum.

Over the past year alone, the captive centres of all these global firms have hired nearly 1.3 lakh people in India. Industry experts say that this has overtaken the number of people hired by Indian IT services for the first time in a decade.

According to an interview by Francis Padamadan (senior director, Asia Pacific, Kelly OCG) to Economic Times, captive centres set up shops with small teams and eventually expand to larger teams as they gain prominence in the global market. He added, “One of the key European banks started with a 200-seater office and now has nearly 5,000 people team in Gurgaon.”

NASSCOM’s strategic review stated that India saw 65 new centres, a 63% rise over last year, with nearly a quarter of all centres set up by firms with US-headquarters.

The IT service industry of India has made a great contribution to the nation’s GDP, increasing from 1.2% in 1998 to 7.7% in 2017. Since its birth in 1967 in Mumbai, as an establishment of the Tata group in partnership with Burroughs, it has come a long way to become the largest exporter of IT in the contemporary world economy.

According to an ET analysis on hiring trends in India, the top five companies TCS, Infosys, Wipro, HCL Technologies and Tech Mahindra, hired over 64,000 employees amongst themselves over the second half of 2019 only, compared to around 54,000 employees hired during the same period in 2018. 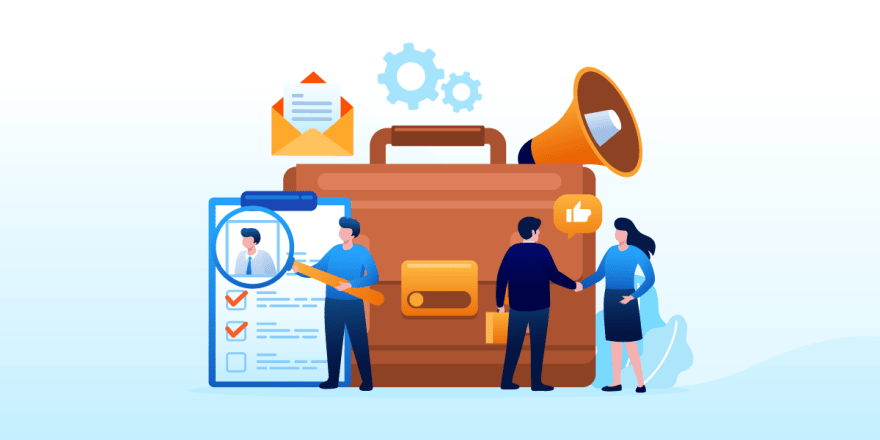 Due to the rise of startups, traditional companies are now realizing the business disruptions being caused and therefore are adapting to modern technology and trends to innovate their hiring methodologies.

As corporate giants have a considerable workforce, they usually have big teams working on their projects. There are many employees performing similar tasks and new team members are almost always given the easiest task to begin with and gradually learn and work their way up the ladder which takes considerable time. This provides a sense of comfort while training, a feeling of camaraderie among peers and job security. This makes such establishments a safe bet during job search. Using this feature to their advantage, most of the established companies including the stalwarts TCS, Infosys and Wipro offer remunerations in the range of 3–4 lacs per annum while recruiting freshers.

All kinds of companies that constitute the IT sector in India, will continue their dominance in the market because of strong market stocks and major technology development. However, as the current trends reveal the industries’ shift of focus towards advanced technologies like Machine Learning and AI, it’s estimated that about 60–65% percent of the current IT workforce is likely to undergo massive changes over the next 5 years, marking reskilling and upskilling as top priority. There is an initiative by NASSCOM named FutureSkills, that aims to upskill about four million people by 2025. 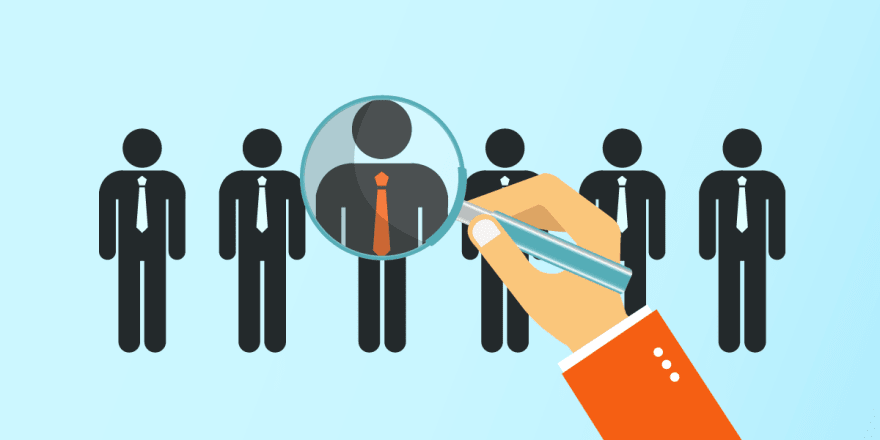 Nevertheless, with the variety of high-skilled professionals that India offers, hiring in the IT sector will keep growing in the upcoming years.

Once suspended, skillenza will not be able to comment or publish posts until their suspension is removed.

Once unsuspended, skillenza will be able to comment and publish posts again.

Once unpublished, all posts by skillenza will become hidden and only accessible to themselves.

If skillenza is not suspended, they can still re-publish their posts from their dashboard.

Once unpublished, this post will become invisible to the public and only accessible to Skillenza.

Thanks for keeping DEV Community 👩‍💻👨‍💻 safe. Here is what you can do to flag skillenza:

Unflagging skillenza will restore default visibility to their posts.