In this article, I’ll present the algorithm which helps to answer the main question of all project planning efforts:

When will it be done?

A more formal representation of this problem sounds like: “Having some tasks which might depend on each other and some folks which can do those tasks when a milestone can be reached?” 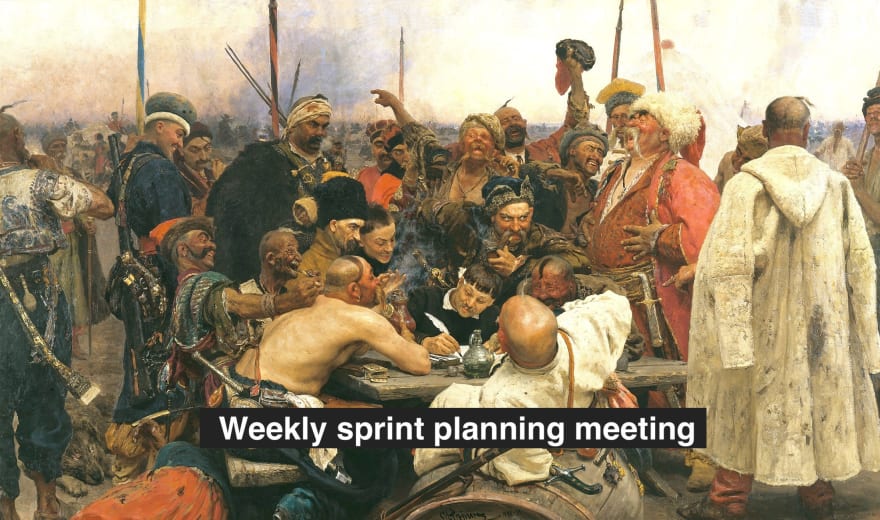 Since summer 2019 I work as a tech lead. Currently, I’m responsible for 3 different projects with a team of 7 developers, 2 managers, 2 designers, and several departments to cooperate with.

For task tracking, we’re using our internal tool Yandex Tracker which is mostly like Jira. But it has no tools that’ll help to find the answer for an eternal question: “When?”. That’s why from time to time we manually sync tasks with Omniplan. Turned out that it’s the tool that solves almost all project planning problems and moreover it has an auto-planning feature so all situations when one assignee has workload over 100% are resolved automatically.

Still, it has some drawbacks:

So I’ve decided to try to make my own Omniplan version with blackjack and hookers that would be:

The most exciting part was to make a scheduling engine. I didn’t understand why only Omniplan has such an essential feature. Now I do.

So this article is about scheduling.

First I’ve done some research. I’ve googled for solving scheduling tasks in general and found a lot of about Gantt, PERT, but haven’t found any practical algorithms.

Then I looked for open-source libraries and found only one: Bryntum Chronograph. It seems like something I was looking for all the time. They even have benchmarks. But, well, talking honestly I didn’t understand any of its code and almost complete lack of documentation didn’t help either. I thought maybe, what if I could write it from scratch with less code.

So, as usual, I’ve tried to draw the problem. 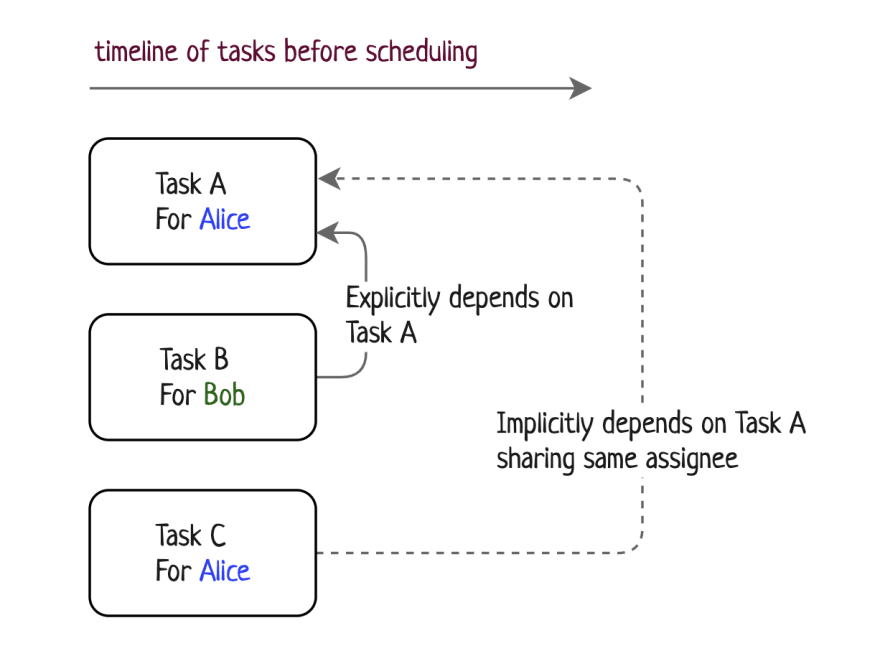 Timeline of tasks before scheduling

The following algorithm should lead to such tasks arrangement: 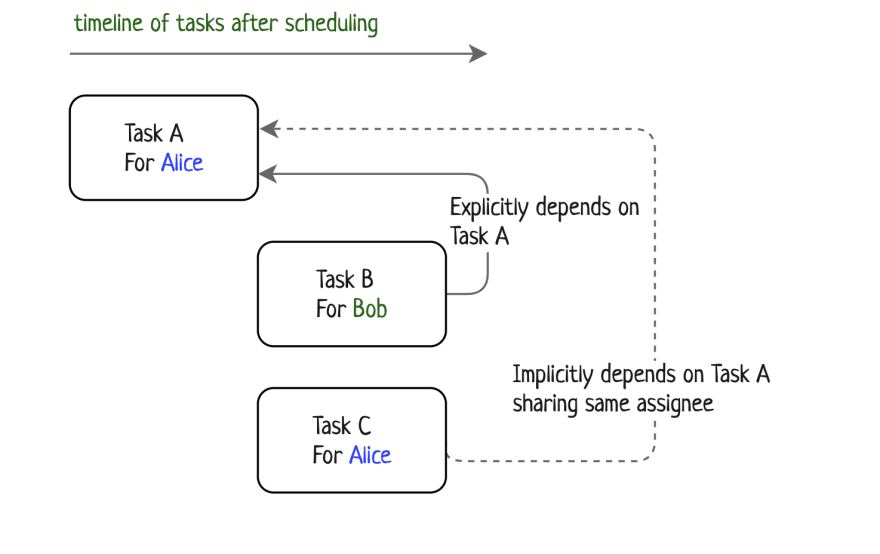 Timeline of tasks after scheduling

Let’s consider what a task is: 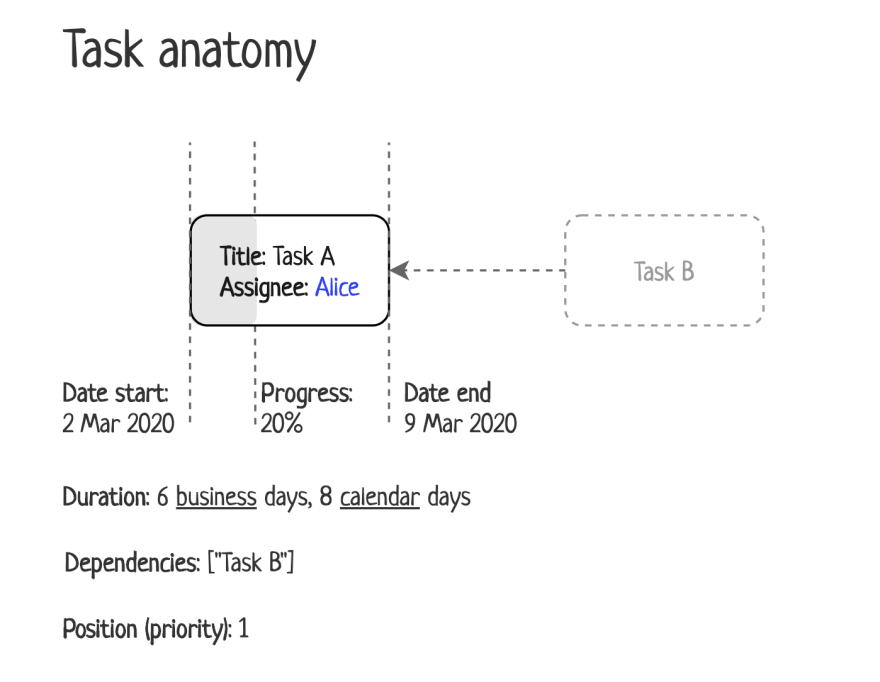 There are some not so obvious properties of a task:

So TypeScript type is as follows (ID is just an alias for string):

In essence, the algorithm should change start and end dates of the tasks in the following way:

The main steps of the algorithm are:

To visit all nodes we need depth-first search traversal, so I‘ve made a universal DFS helper function as well:

3. Visit every node (task) and update a start and end dates. Visiting should be performed starting from the task with higher priority

Also, it is important to correctly update an end date while setting a start date of a task. We should take into account actual business days and the progress of a task.

What can be improved

The code from the article you can find here. You can grab and use it as an NPM package.

I’m wondering if a presented solution has some flaws. If you spotted some please contact me here or on issues section in Github.