While working on a side project, someone asked me how to scan for viruses in a cloud native and serverless landscape. That made me think about a project I did a couple of years back. During that project we used ClamAV that was installed on a VM. We scanned files that end-users uploaded within an ASP.NET application, and everything was hosted on datacenter VMs somewhere in the Netherlands.

In this blogpost I will show a proof of concept using a Docker image and Azure Functions to create a simple automated virusscanner for Azure Blob storage.

Setting up the Docker image

First of all some prerequisites. In this demo I’m running Docker for Windows on my Desktop, and coding in Visual Studio 2019 with local Azure Functions. I’ve already setup a Azure Storage account that I can use as a trigger in my Functions.

There are several to be found on DockerHub, I’ve pulled mkodockx/docker-clamav and it works seamlessly in my demo. To run this, simply execute the following command:

It should be running and listening on the default port on localhost.

The second step is to create a project for our Azure Function: 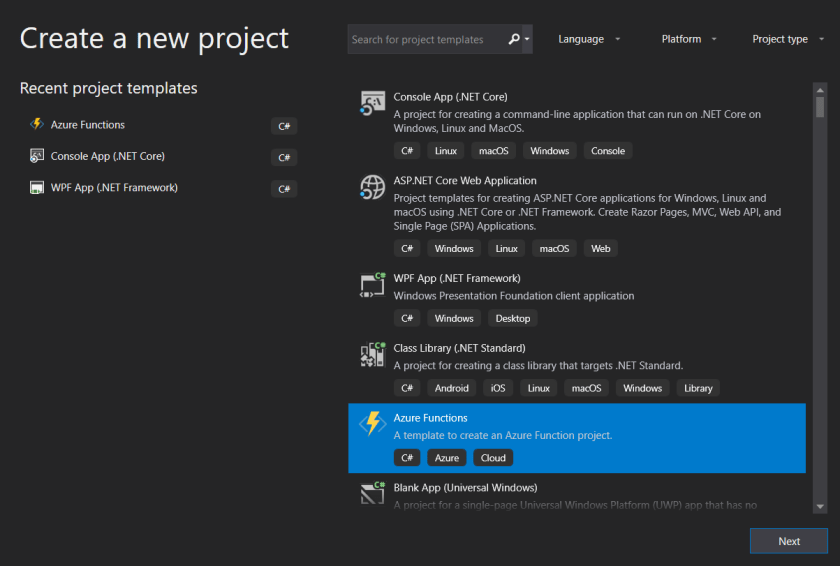 We’re using the blob triggered function, because we want to scan all new blobs in the location ‘upload’. 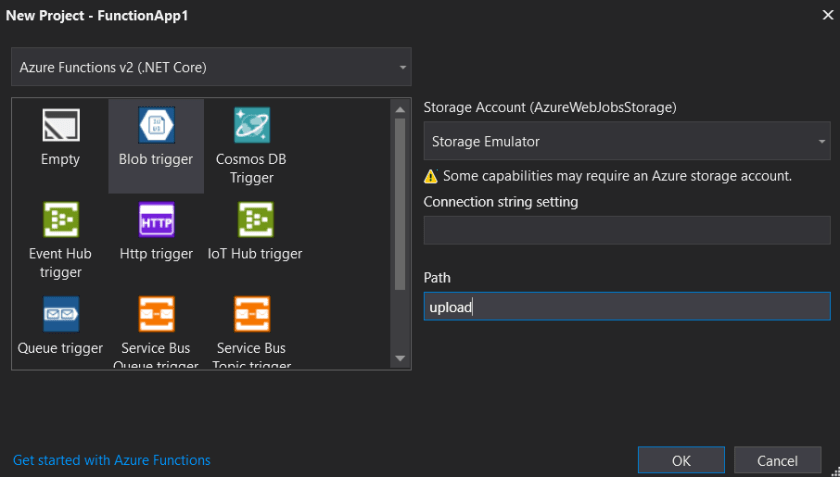 Now, for scanning, the following NuGet package for nClam should be installed:

The actual code for scanning is pretty simple. Shown below is the code that grabs the file, uploads it to the Docker container and retrieves the status of the scan:

That is basically it! You just created your own local virusscanner for your blob storage!

Obviously this is a PoC and runs fine ‘on my container’. For enterprise environments you should care about what container image to use, how to handle viruses found, and what to do to mitigate problems. You obviously want to warn, and block, the person who uploaded the virus in the first place.

Serverless and containers allow you to setup really cool concepts, and make you think outside the box. Years ago we had to install ClamAV on a VM, where now we can use containers, spin them up, scale them, and dispose when we are done. Think of the possibilities!

Use Azure Active Directory For RBAC In AKS

DynamoDB ACID Transactions- What, Why, & How?

Once suspended, sogeti will not be able to comment or publish posts until their suspension is removed.

Once unsuspended, sogeti will be able to comment and publish posts again.

Once unpublished, all posts by sogeti will become hidden and only accessible to themselves.

If sogeti is not suspended, they can still re-publish their posts from their dashboard.

Once unpublished, this post will become invisible to the public and only accessible to Peter Rombouts.

Thanks for keeping DEV Community 👩‍💻👨‍💻 safe. Here is what you can do to flag sogeti:

Unflagging sogeti will restore default visibility to their posts.