This is the first in a series of blog posts in which we’ll compare Solace PubSub+ Event Broker with Apache Kafka. Our goal is to help you understand the salient differences between the platforms, arming you with the knowledge you need to select the right streaming platform for your organization. For a quick 5-minute overview, check out this video.

Apache Kafka is a distributed data-ingest and event streaming platform developed in 2011 by engineers at LinkedIn for consuming large volumes of log data. Although commonly called a broker, Kafka is more akin to a distributed data store than a traditional message broker. For example, Kafka only supports publish/subscribe messaging by default, and uses the concept of an ever-increasing commit log, where messages are generally retained indefinitely. 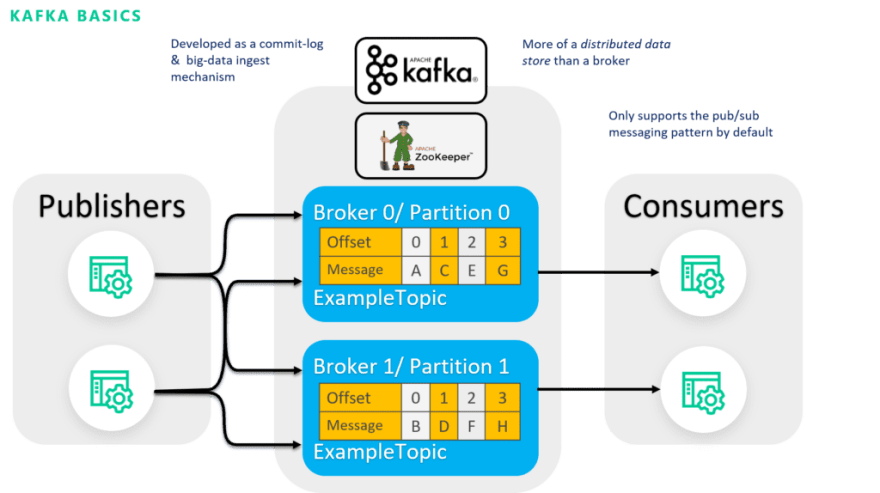 Operationally, Apache Kafka brokers run in a cluster coordinated by Apache Zookeeper. Producers publish records to consumers on named topics. Messages, termed records, are prepended to predefined topics and identified with an offset. Topics may be spread across multiple Kafka brokers using a strategy known as topic partitioning, wherein each broker stores a subset of records intended for a given topic. Consumers ingest messages from all partitions (i.e., the entire topic).

Solace PubSub+ Event Broker offers event streaming along with traditional message broker functionality. Initially developed in 2001 as a purpose-built messaging appliance for the capital markets, the broker has since been virtualized and implemented in both standalone software and SaaS form-factors.

Solace PubSub+ supports several messaging exchange patterns including publish/subscribe, FIFO queueing, and asynchronous request/reply, and both persistent and non-persistent qualities of service. With persistent messaging, producers send events to consumers using queues; events arrive at the queue in FIFO order and are removed only once receipt is confirmed by the consumer. Non-persistent messaging supports pub/sub whereby one or more publishers send messages to multiple subscribers across topics. Unlike Apache Kafka, topics in Solace PubSub+ Event Broker are not partitioned or persistent — senders and receivers exchange messages across a single, reliable session that does not persist messages when consumers are offline. 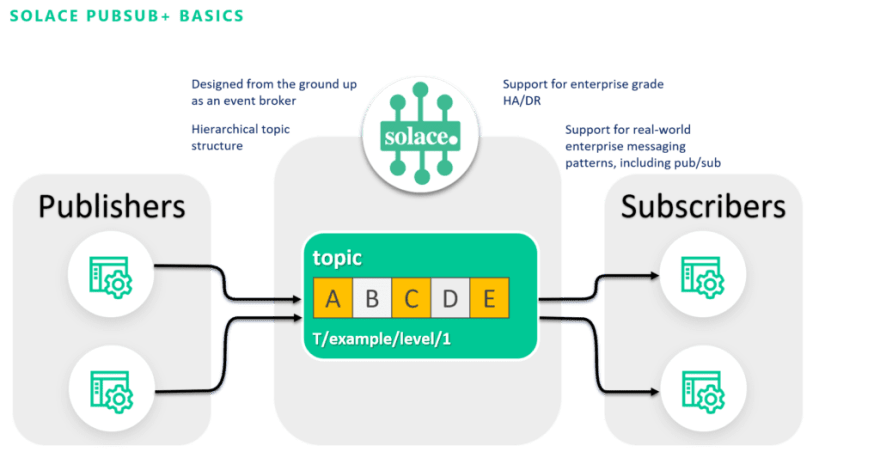 To understand more about Solace topics vs Kafka topics, check out this popular video by Developer Advocate Aaron Lee or check out his blog post Solace Topics vs. Kafka Topics: What’s the Difference?

As you can see, Kafka and Solace PubSub+ have two very different internal architectures. In the next post, my colleague Himanshu Gupta will compare each platform’s publish/subscribe functionality in greater detail. Meanwhile, you can visit our website to read more about how Solace PubSub+ compares to Kafka or check out this handy one-page datasheet.

The post Solace PubSub+ vs Kafka: The Basics appeared first on Solace.

Get job ready in Digital Marketing

Once unpublished, this post will become invisible to the public and only accessible to Ushnash (Ush) shukla.

Thanks for keeping DEV Community 👩‍💻👨‍💻 safe. Here is what you can do to flag solacedevs: