As we move into 2020, a host of new technologies are creating waves, Progressive Web Apps (PWAs), that have been "officially" around for more than 5 years now, are slowly gaining access to more and more mobile screens.

PWA seems to be trending among the state of mobile app development in 2020. 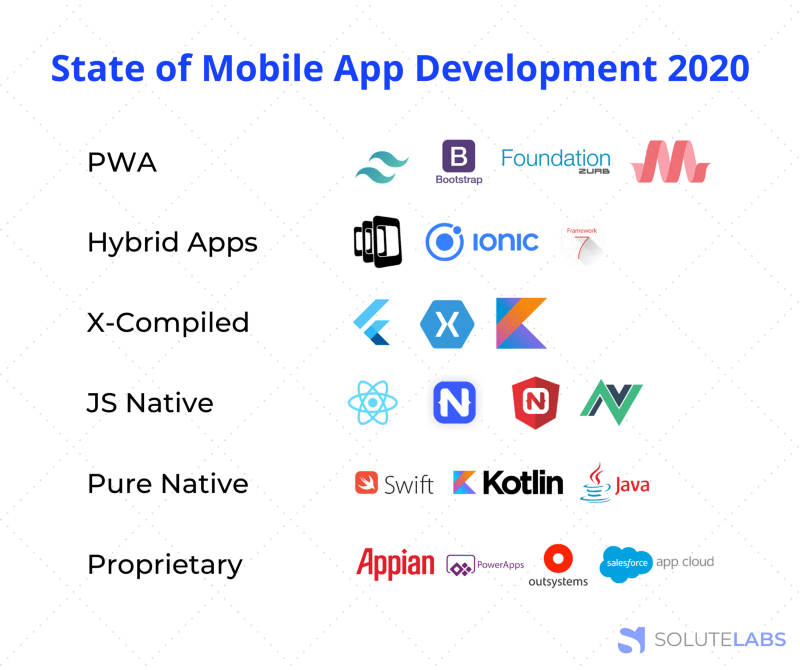 What is a PWA? How did they come into existence? How do they work? Will they eventually kill the native apps?

In this article, we try to find the answer to all these questions, while telling you a few success stories of companies that have ported to PWA.

In technical terms, a PWA is a type of web application that is a result of unique cross-platform app development methodology, delivering web pages that are optimized for the mobile, that you can install on your phone through your browser.

PWAs are the reason why certain websites, like Alibaba, the world's largest B2B trading platform, offer a seamless browsing experience on mobile.

In fact, after switching over to a PWA, Alibaba's mobile conversions increased by 76% and engagement grew by 4X!!

So how did it all begin? Let's start with a little history.

Although Google officially introduced the term Progressive Web Applications as a new standard in web development during Google's IO conference in 2016, the concept can initially be attributed to Steve Jobs.

During the historic Apple iPhone launch of 2007, Jobs predicted that developers can build amazing web experiences using Web 2.0 and Ajax that look exactly like an application on iPhones.

But a year later, Apple introduced the App Store, and when Google also jumped into the app race with the Play store, the era of native apps dominating the mobile internet world began. These apps were fast, responsive, and ensured that the user had the best experience when looking for something online.

The concept of PWAs went into cold storage for a few years, before 2 Google Engineers, Alex Russel and Frances Berriman, observed a new class of websites that were delivering a much better UX than the traditional web sites.

PWAs were initially supported by Android, Chrome OS, and Windows, and Apple announced support to PWA technology with the introduction of "Support Workers" in 2018.

The reason why PWAs have become all the rage can be attributed to the following key features of PWA: 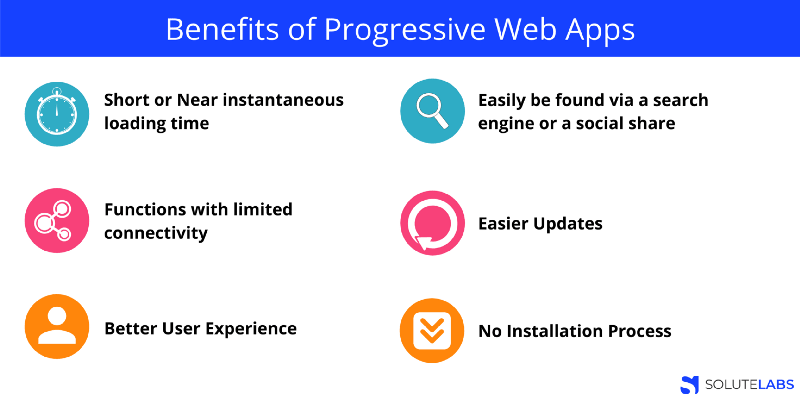 Other than these, PWAs also comes with a bunch of other benefits, which include the ability to send out push notifications, say to promote a new blog post that you just published. The smaller size of the PWA along with the faster installation process also means the marketers have a greater chance of successful onboarding (from website to the app), and decreased Cost of User Acquisition (CAC).

A lot of companies have switched over to PWA to enhance user engagement, including:

Twitter: Twitter launched Twitter Lite, a PWA in 2017, which helped them connect with mobile users more deeply while consuming fewer data. The PWA relies on cached data and optimized images, and the Twitter lite PWA is just 600KB, compared to the 23.5 MB size of the native app available on the Play store.

Tinder: The now-infamous dating app also launched their PWA in 2017, and found that there was a higher user interaction with the PWA over the native app, with users spending more time messaging on the web application compared to the native app, along with increased session lengths and purchases in par with the native Tinder app.

Lilly Pulitzer: This resort- wear brand has a customer base that is always on the move, so they needed their mobile website to provide a smooth experience. They invested in an eCommerce PWA, and within a year, saw an 80% boost in its traffic and a 33% increase in conversions.

Trivago: The German-based hotel search engine, one of the largest in the business, wanted to be at the forefront when it came to their mobile website and implemented a PWA in a phased manner to make use of the speed and use of lesser resources. Today, Trivago's PWA powered website is available in 33 languages, across 55 countries, and the company has seen. User Engagement increased by more than 150%.

The list of successful PWA adoptions goes on and, and includes big names such as Staples.com, Alibaba, Starbucks, and eBay.

PWAs use a quirky architecture consisting of four pillars, which work in tandem to provide the native app-like user experience. These four are:

Will PWAs replace Native apps? PWAs in 2020 and beyond

The jury is still out on this one. While a PWA does provide faster load times, easier updates and better user experience in general, PWAs are still in their nascent stage.

iOS still does not support all the PWA features mentioned in this article, since Apple considers PWA to be a "Googler term."

Features such as push notifications, background sync, and web manifest file are still not supported on the Safari browser.

But, according to this article, Apple is slowly encouraging its users to move away from the native App store and create web applications instead, so we may have more and more PWAs that are iOS compliant in the future.

As technology improves and heavyweights such as Google put more and more muscle behind PWAs, it is highly possible that PWAs will replace native apps in the coming decade.

How to add an Add to Homescreen button in your PWA