A second article on Argo CD. This time we are going to see how we can use it with Istio to handle canary deployments.

Canary deployment is a method to deploy a new version of an application only to a small subset of servers. If an error is introduced in a new release, it will affect only a small part of users. This type of deployment is most of the time composed of multiple steps that send more and more traffic to the canary release until all the traffic is sent to it and it becomes the stable version. Between each step, we can have some tests to be sure everything is fine. If an error is detected by a test, we roll back to the previous working version. That means it is possible to validate a new version without impacting all users.

In this demo, we will deploy an application provided by Argo CD. More information about this application and the code here.

It is perfect for our demo. It provides a Web UI which makes multiple POST requests every second. Each POST request is represented by a bubble. In our example, we deploy our application with the blue version, then we update it with the orange version using canary deployment. In the picture below, you see how the traffic is routed between our current version (blue) and the new canary release (orange). 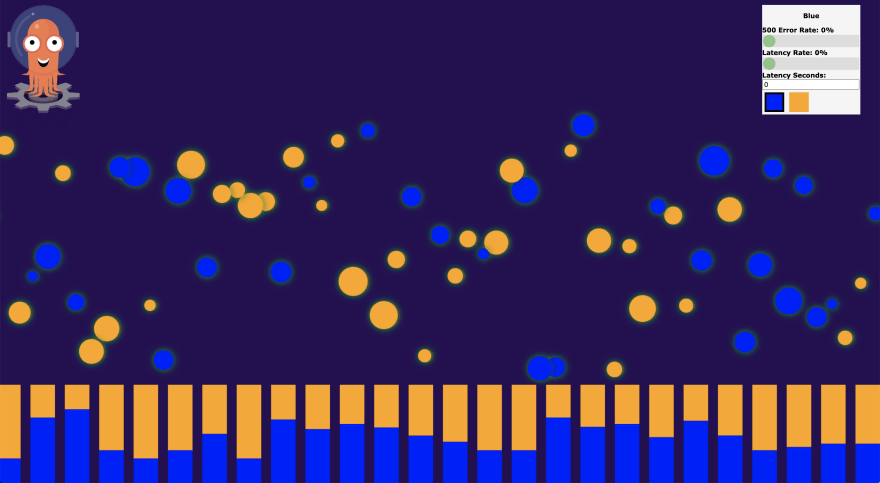 We will use GKE in the demo. If you have a Google Cloud account, you can simply create a cluster with the below command. If you already have a cluster, you can pass to the next step.

You can install istio with istioctl.

Argo Rollouts is a Kubernetes controller and set of CRDs which provide advanced deployment capabilities such as blue-green, canary, canary analysis, experimentation, and progressive delivery features to Kubernetes.
https://argoproj.github.io/argo-cd/

First, we have to create Istio resources: the gateway and the virtual service.

From now, 100% of the traffic will go to the main service (called demo here). We'll see later that Argo CD will change these values to send some traffic on the canary service.

The rollout resource is like a deployment in Kubernetes with some new fields.

Let's focus on them:

The full YAML of our Rollout resource with their clusterIP services:

We have the two mandatory files to deploy our application on Argo CD. Let's do this, connect to your Argo CD and deploy the application.

Little reminder on how to do that:

Information to add when you create the application in Argo CD :

When it is deployed, we can access the application. We just need the load balancer IP used by Istio: 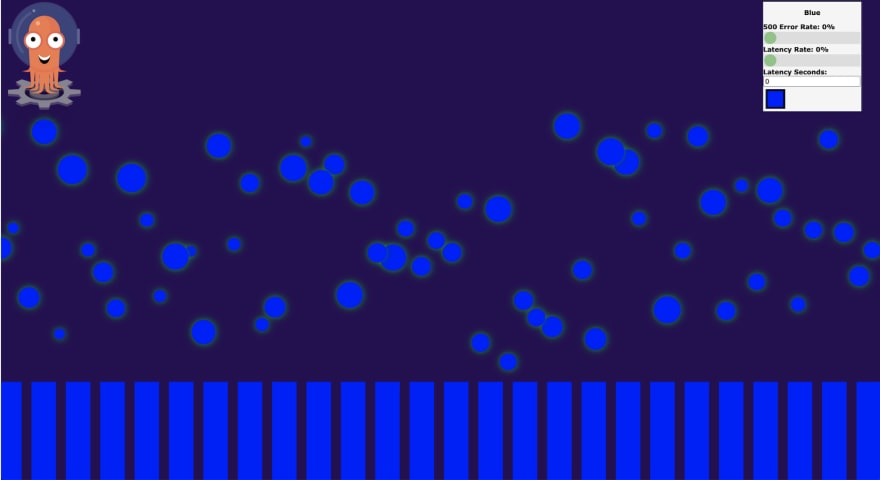 Remember, each bubble represents a POST request made to your load balancer IP.

kubectl argo rollouts get rollout demo is useful to see the status of your rollout. During a canary deployment, all the steps will be displayed. 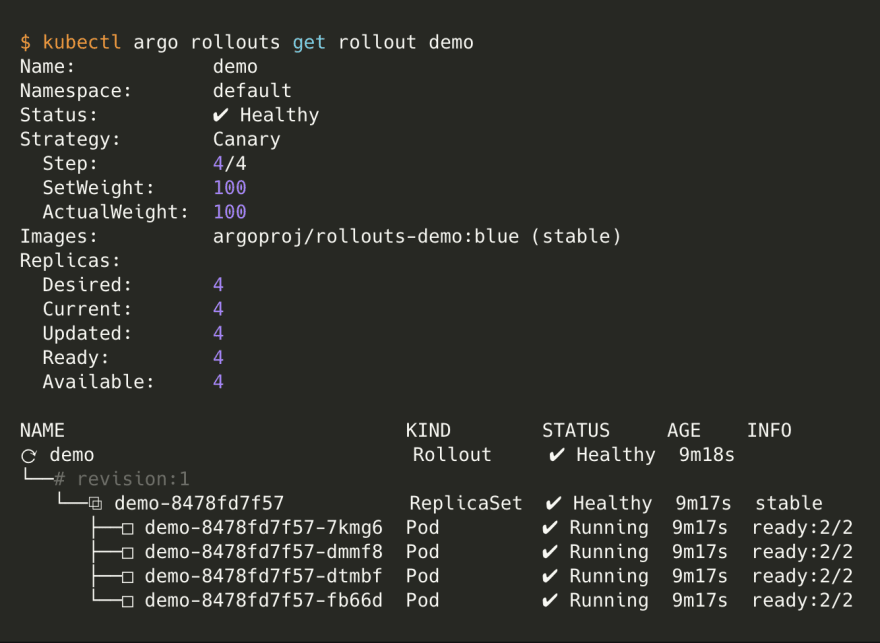 Ok, blue bubbles are great but we want to try orange ones. Two options to change the image of our rollout, the first one is committed an update and the second one is using kubectl cli. We are going to use the second option, simpler for the demo.

Like the kubectl set image there is an equivalent with rollout : 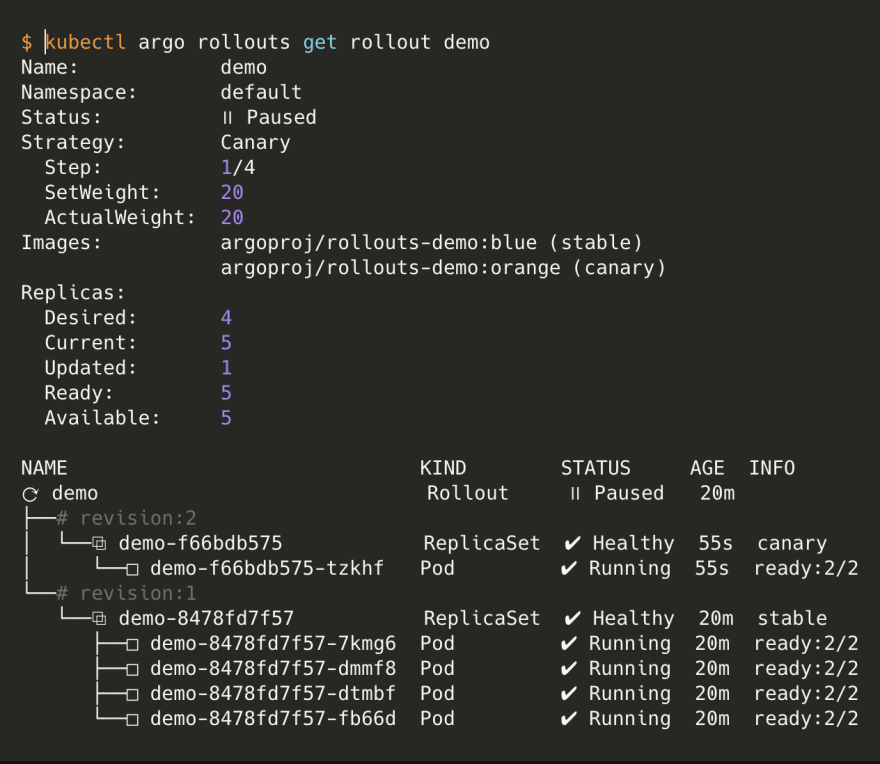 You can see the progress of the canary deployment and its current step. 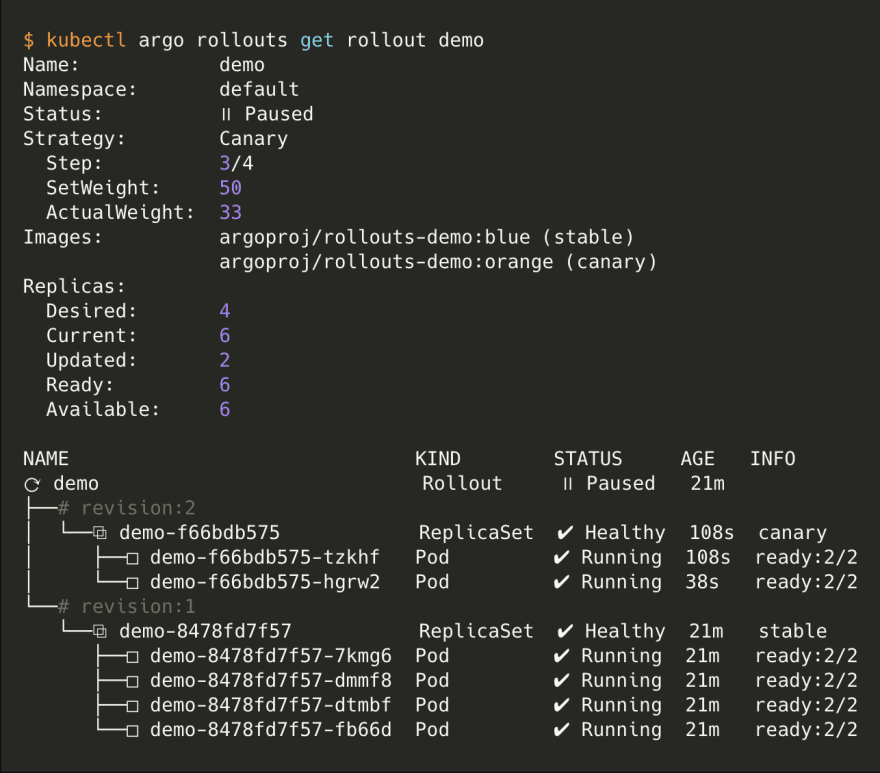 So if you return to your application from your browser, you'll see something like this:

After some minutes, 50% of the traffic is split between the two versions.

Once it's done, you can get the display again the state of your rollout. The rollout should be healthy and have the orange tag as stable. 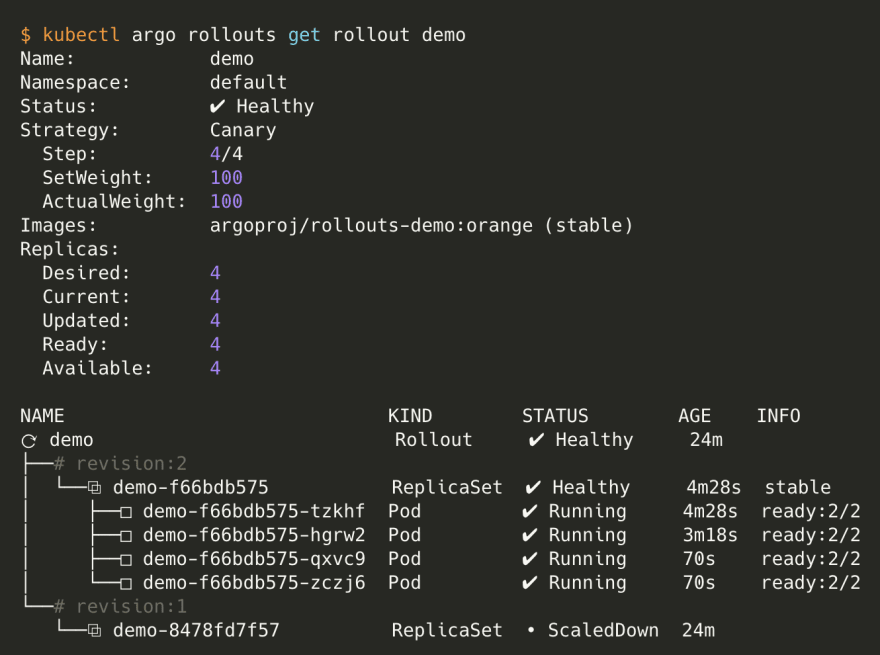 We can add some tests during the canary deployment to ensure there is no problem with the new version. It can be a simple test like executing a command or a complex one like querying Prometheus. That's what we are going to do.

Go back to our YAML files, we need to create a new resource with type "AnalysisTemplate":

In this test, we query Prometheus which is installed by Istio.
We want to query Prometheus every 30 seconds during the canary deployment to check the percentage of HTTP requests in error in the last minute. If the result is more than 5% ( result[0] >= 0.95 ) the test is considered failed.

So for a 5 minutes deployment, multiple tests run. If one fails, the deployment stops and rollbacks to the previous healthy version.

Our test is ready, we need to add it to our workflow. In the rollout YAML, let's see what is new.

The test will be executed every 30 seconds after the 1-minute pause. We start it after the pause because we need to have some traffic generated otherwise we won't have any data to query in Prometheus.

Let's try it! We need to deploy a new tag of the image and we'll generate some HTTP requests with a 500 status code. Two possibilities to generate bad traffic. We can directly use the application deployed and choose the number of error with the bar or just deployed a "bad" version.

We will deploy a bad version: 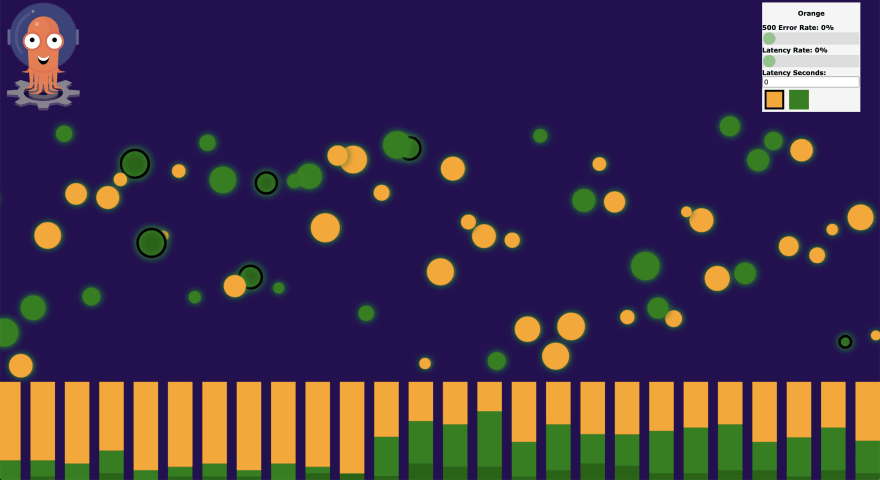 We can see two new types of bubbles :

Let's see what happens if we describe the rollout. 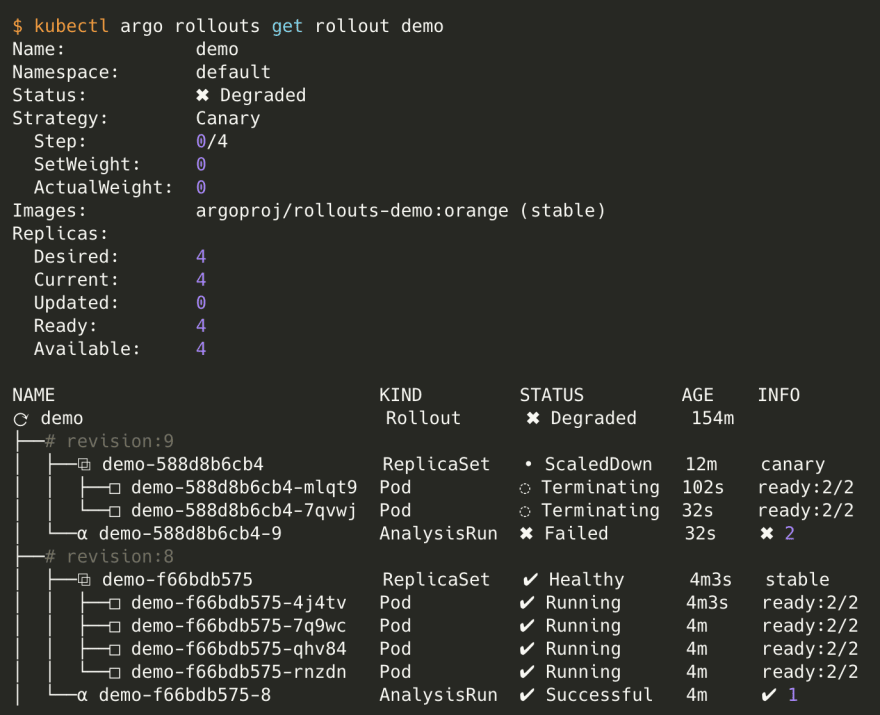 The test fails two times and the status of the rollout is degraded. Argo CD has rolled back to the previous healthy version but keeps a degraded state. To return in the healthy state we must change the version manually to the correct image.

If you want to have details about failing tests, simply execute: 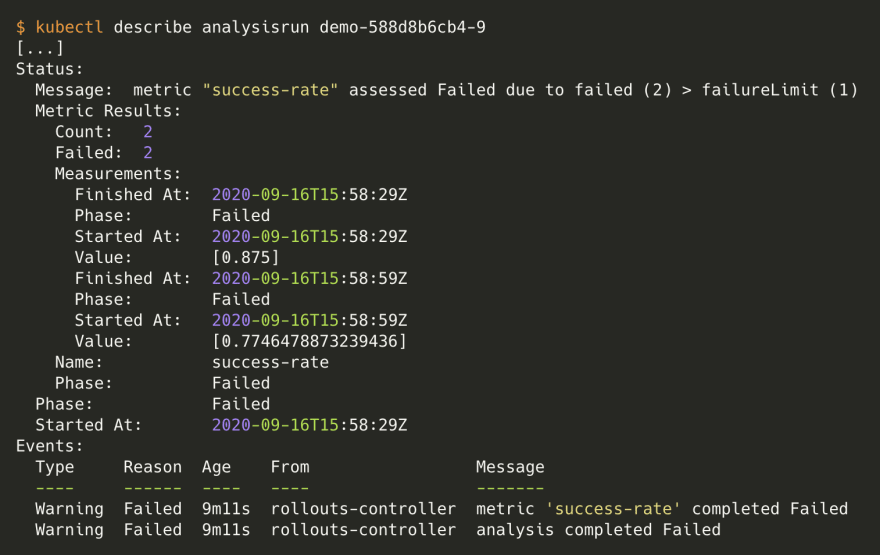