I was working on a project recently which was using Refs in order to integrate with a third-party library.

My mental model for refs are that they allow you to view into the internal state of a component without tracking it explicitly. In that way, you can use it for calculations and without the overhead of making a component stateful that otherwise doesn’t require state. 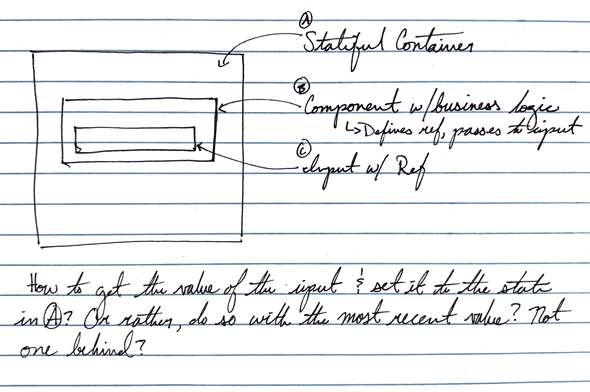 A stateful container with a component that stored business logic wrapping an input.

Here’s a simplified version of what I came up with:

Inspecting the console, we can see that this works!

My input has a value. My wrapper applies business logic and then passes it through to the container’s onChange method.

I can also format the value inside the input and change it when I need — as I did here when I reach a valid 10-digit phone number. 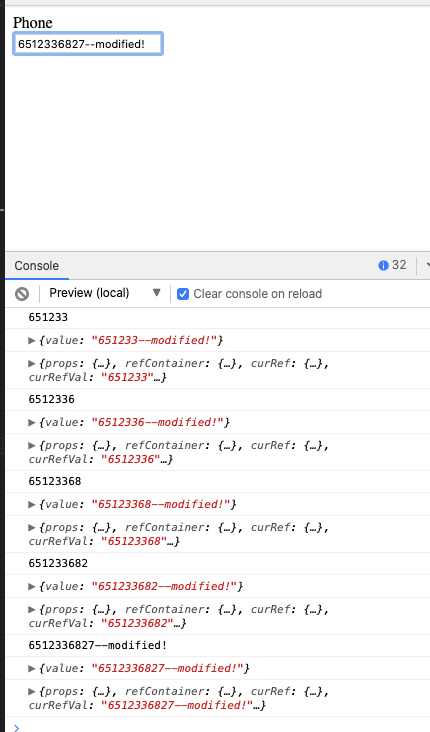 I don’t expect to use refs frequently. The React team discourages the practice for one except in certain circumstances (like working with 3rd Party Libraries which was the impetus to this exercise).1

Still, learning how I can use them to manage state without re-rendering a component when it changes can be useful, which is exactly what I did here.

Refs also allow you to reach up in React, at least if viewed from a certain perspective, and knowing about that is handy.

NB: I also put this into a Stackblitz if you’re interested in playing around/2

Sending Emails with Ease: A Step-by-Step Guide to Using Nodemailer with TypeScript in Next.js

Stephen Charles Weiss
Engineer | Lover of dogs, books, and learning | Dos XX can be most interesting man in the world, I'm happy being the luckiest. | I write about what I learn @ code-comments.com
Another Angle To Understand Global State With React: Next.js
#nextjs #react
UseReducer With Typescript
#typescript #react #usereducer
Supporting Submit On Enter
#html #a11y #react #forms