Twitter is one of the biggest social networks in the world, used by millions of users worldwide, who create around half a billion tweets per day!

For newbies, think of an API as a 'middleman service' which acts as an intermediary between your code and Twitter's Database.

One can use the Twitter API for enhancing their business, advertising or simply exploring the API.

Some use cases are

Detailed information about the Twitter API and use cases here

It is recommended to create a separate account for your twitter application. Especially if you are applying for enhancing your business, for creating a bot or a web-hosted app. 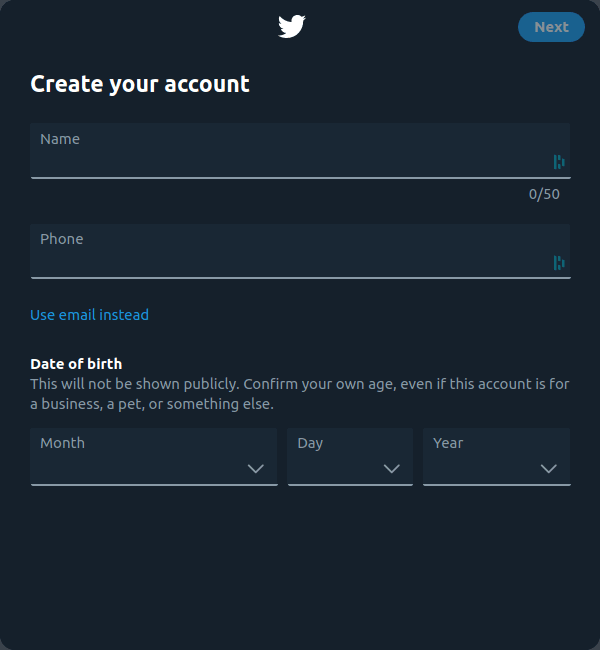 Specify the type of application

The first category is Professional which is generally used by business teams to enhance their business process.

The other 3 categories are Hobbyist, Student and Other which are for Individual developer account 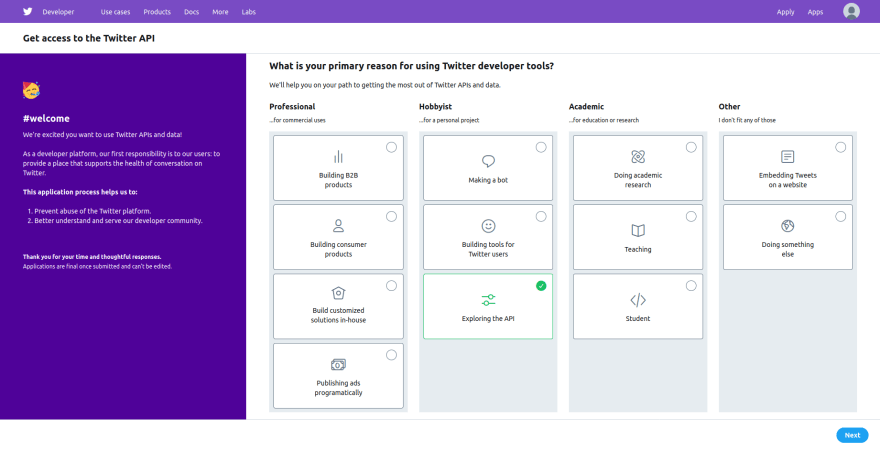 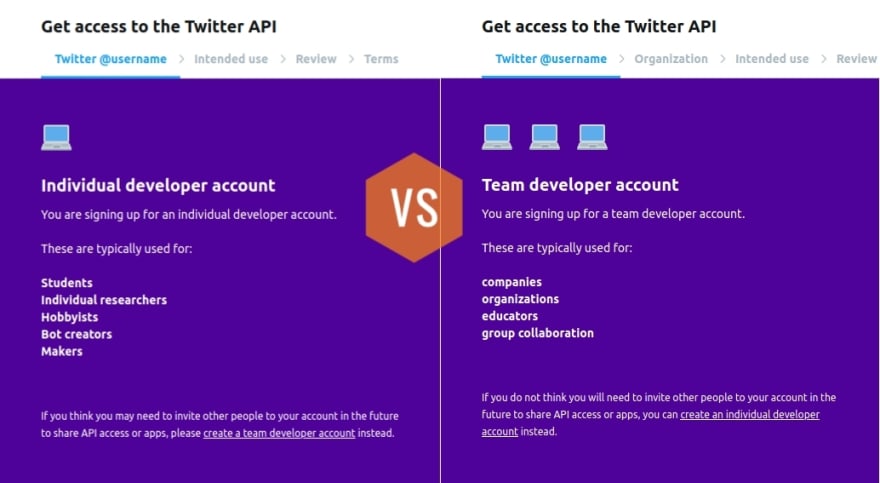 Decide which category your account falls into, and then select the appropriate one.

If you chose a team developer account, which is for professionals, then you will have to specify your organization's details as seen in the above image.

In this step, you have to specify the use case for your application.

The more specific you are, the better are your chances of getting approval.

IMPORTANT❗ READ ALL THE guidelines before applying

Make sure you have read the Developer Agreement and Policy, Automation rules and The Twitter Rules thoroughly before applying.

It consists of the DOs and DON'Ts of how to use the Twitter API.

It's a pain in the neck to read the entire thing, so I have summarized it for you.

Review, confirm the application, and wait!

⚠️ Note: Once you submit your application, it cannot be edited. So make sure you have reviewed it properly.

Also, take a screenshot of the 'review application' page, so that you can view it later.

It usually takes a day or two, or sometimes more, for your application to be reviewed by Twitter.

After you receive the E-mail:

In the third case, you will have to read which parts of the developer policies are being violated, amend your application so that it complies with those policies, and submit it by replying to the same email.

The screenshot of the 'review application' page which you took will come in handy over here since you can't view it on the website again.

If your application gets approved, Congratulations! 😀 🎉 You can now develop apps, improve your skills, and showcase your projects done using the Twitter API.

If it gets rejected - Hard luck! 🙁 Twitter doesn't specify why they rejected an application.

That's it. All the best with your application!
And Happy Coding!

BTW, This is my first article on the Dev Community. 🎉
Please let me know your thoughts in the comments 😇

Working With Terraform As A Noob - A Brief Overview

Once suspended, sumedhpatkar will not be able to comment or publish posts until their suspension is removed.

Once unsuspended, sumedhpatkar will be able to comment and publish posts again.

Once unpublished, all posts by sumedhpatkar will become hidden and only accessible to themselves.

If sumedhpatkar is not suspended, they can still re-publish their posts from their dashboard.

Once unpublished, this post will become invisible to the public and only accessible to Sumedh Patkar.

Thanks for keeping DEV Community 👩‍💻👨‍💻 safe. Here is what you can do to flag sumedhpatkar:

Unflagging sumedhpatkar will restore default visibility to their posts.