1.1 used to set the access level for classes, attributes, methods and constructors.
1.2 java provides access modifiers such as public, private, default and protected.

public: class is accessible by other classes
default: class can be accessed by the classes from the same package. by default, the access modifier is set to default

2.1 it is one of the most powerful and fundamental concepts of Object-Oriented Programming
2.2 also called as data-hiding since it hides sensitive data from the user in order to keep it safe from outside interference and misuse

2.3 for example, a car has many parts such as wheels, engine etc which together form a single object.

2.4 since there is a prohibition for direct access to the data. Functions are the only ways to access data. It basically creates a shield due to which code or data can't be accessed outside the shield 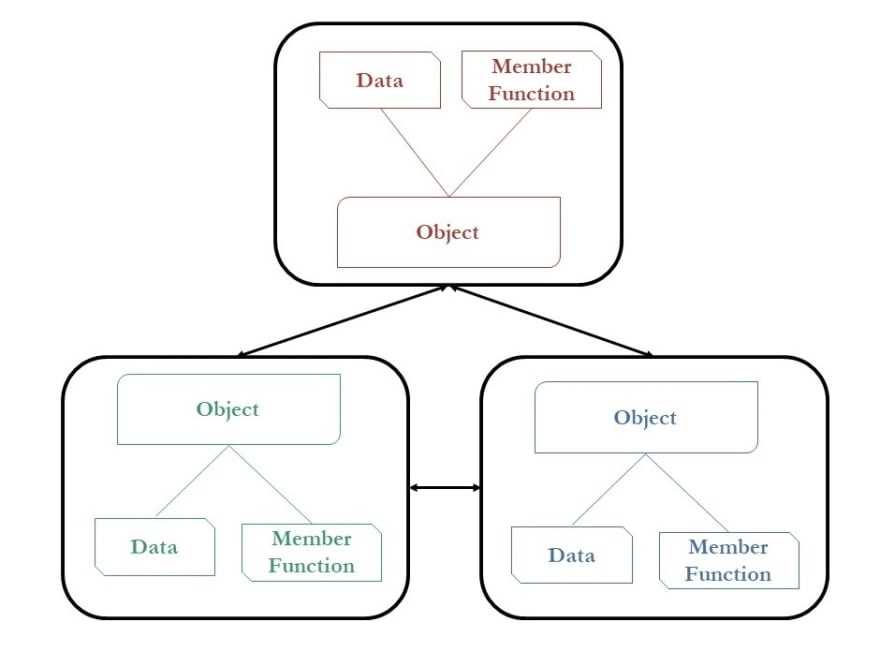 2.5 For example, In a large organisation there are many departments like sales, payroll, accounts, etc. And each department had it's own staff to maintain it's data.

so they can't be accessed from outside of the class

step 2: provide setter and getter methods that are declared as public

used to view or change the value of the variable

Github link to below code
Simple example of encapsulation:-

3.1 as you can see in the above example, here we are setting values using Setter methods and accessing them using Getter method 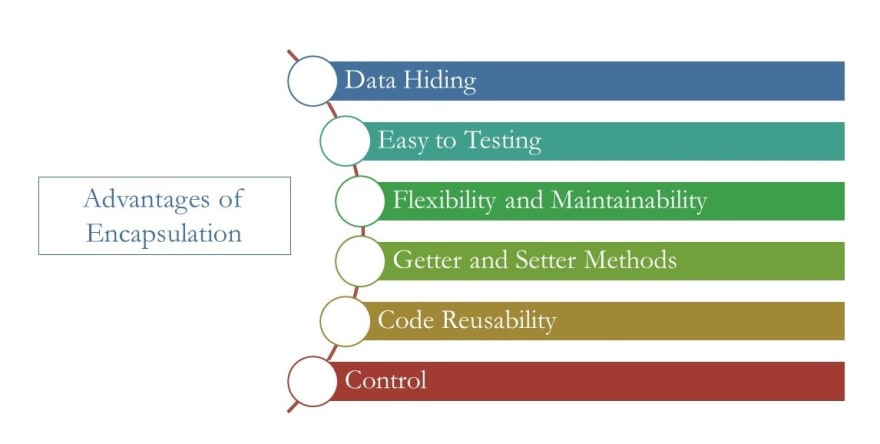 Data Hiding:- programmer is able to hide inner classes and provide authorization to access them to only desired users.

limits the accessibility of data

Easy to Testing:- because of sorted structure, it is easy to perform unit testing.
Flexibility and Maintainability:- programmer can make code read-only and write-only according to need.

Getter and Setter Methods:- able to access private variables outside the class
Code Reusability:- able to use existing code effectively again and again.
Control & security:- a class has control over the variables and fields i.e. what is stored in them.

Please comment if you have any feedback or suggestions

Once suspended, supriya2371997 will not be able to comment or publish posts until their suspension is removed.

Once unsuspended, supriya2371997 will be able to comment and publish posts again.

Once unpublished, all posts by supriya2371997 will become hidden and only accessible to themselves.

If supriya2371997 is not suspended, they can still re-publish their posts from their dashboard.

Once unpublished, this post will become invisible to the public and only accessible to Supriya Kolhe.

Unflagging supriya2371997 will restore default visibility to their posts.