This is a story of buying a Honor MagicBook Pro 2020 laptop in Germany.

As you may know, German keyboard layout is quite awkward. Not only because of the swapped Y and Z, or extra ümläütß, but most of all because the special characters are all mixed up. Makes typing a torture. And it is a primary layout, not secondary one, like Russian, where you could have QWERTY and ЙЦУКЕН sharing the same keys.

Also, good luck buying a laptop with an English keyboard in Germany. You just can't. They will gladly sell you a German keyboard, but if you want QWERTY, your only choice is to move to UK. Apple takes custom orders, but shall we say I'm not a big fan of Apple. Not to mention I was going to buy a workstation class notebook out of my own pocket.

Finally I decided to pick one and just see it through. Enter the Honor Magic Book Pro 2020. 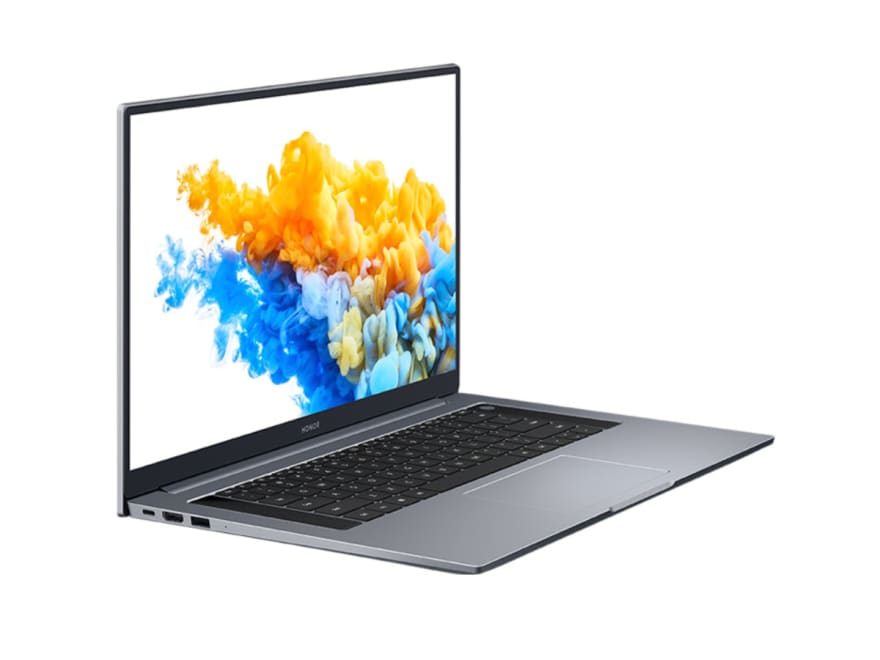 Wonderful laptop, extremely powerful, well made and not expensive. Except for the useless webcam buried in the keyboard, everything is else is exactly what the doctor ordered for a developer's workstation. But the keyboard, the impossible German keyboard.

And so my first letter to the German Honor support goes "Can haz QWERTY ?" Got no response at all.

Tried UK support with "Can haz QWERTY delivered to Germany ?" Got an immediate "No, go ask Germany"

Second attempt with German support. "Can haz QWERTY plz ?" This time the response was fantastic: "No it is not possible, but buy one from ebay and give me a 5 stars feedback for this answer." Signed "Karl". Let's call him "Karl from Honor".

Well, I got to ebay, and found what I needed from helloworld2003. This guy turned out more helpful than all the official support. A couple of weeks later I got the laptop in my hands and let me just tell you, it's as impressive as I hoped.

And I was ready to see Chinese Windows 10 too. Reinstalled the English one clean, went without a hitch, except for the fingerprint scanner was not recognized.

Ready for the second round of support ?

Here goes: "I did as official support suggested, can haz driver plz ?" Response: "All support for Honor products manufactured before 2021 is done by Huawei, go ask them."

Now to Huawei: "Here is the entire story, can haz driver plz ?". Guess who replied from Huawei ? Karl from Honor ! Here is the answer: "We don't have drivers here. Besides, we are German, and you have a Chinese product, go to where you purchased it."

It is almost like those businesses don't need customers.

In the end, I wrote to the ebay's seller and asked for a driver. He replied in a few minutes with a direct download URL.

And the laptop itself is excellent:

On the down side:

Building Adders and Multipliers in Logic Circuits and Verilog HDL

I just finished reading "Pro ASP.NET Core 6" and this is my review.

Thanks for keeping DEV Community 👩‍💻👨‍💻 safe. Here is what you can do to flag targeted: