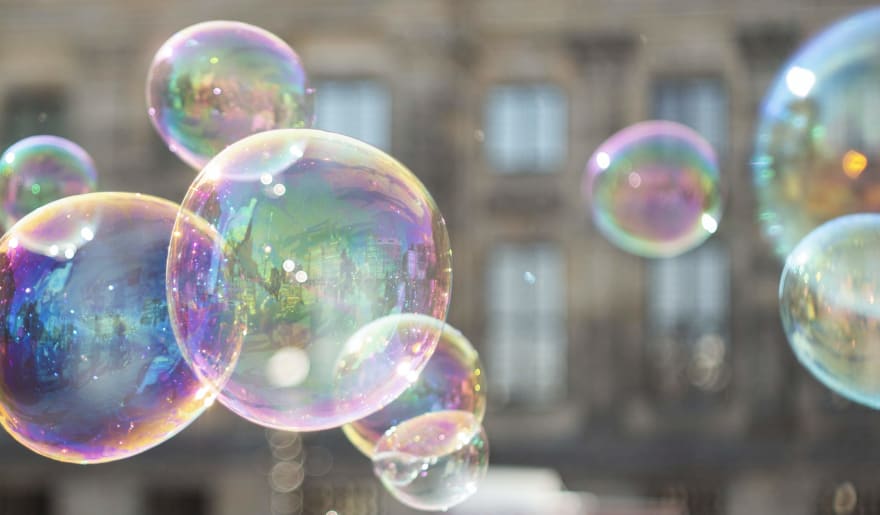 Photo by Pieter on Unsplash

This is a quick tutorial on the bubble sort algorithm and its implementation in Javascript.

What is Bubble Sort Algorithm

Bubble sort is a sorting algorithm that compares two adjacent elements and swaps them if they are not in the intended order (ascending vs descending).

Let’s take a look at bubble sort when trying to sort the elements of an array in an ascending order:

The array is sorted when all the unsorted elements are placed in their correct positions.

Let’s take a look at the code for the bubble sort algorithm described above (ascending order):

In the code example above, all the comparisons between the array elements are made even if the array is already sorted - this increases the execution time. To solve this, we can introduce an extra variable called swapped. This variable can keep track of whether a swap occurs. If no swaps have occurred, then we know that the elements are already sorted and there is no need to perform further iterations. This will reduce the execution time and help optimize the bubble sort algorithm.

The above code will keep track of whether a swap was made in an iteration. If no swap was made, then we know that the array is sorted and we can stop the bubble sort.

Bubble Sort compares the adjacent elements, hence, the number of comparisons is:

Bubble sort compares adjacent items in a list and swaps them if they are not in the right order. It is a simple way to sort a list when complexity does not matter and short and simple code is preferred.

Solution: Maximum Performance of a Team