For the past 6 years, 24 Pull Requests has been encouraging developers to give back to the open source projects they use. The idea was simple: “Send 24 pull requests between December 1st and December 24th”, giving little gifts of code throughout December.

Since the initial launch of the project in 2012, open source usage has exploded with millions of people contributing to projects around the world but one area where open source continues to struggle with is in the diversity of contributors.

One problem that compounds the diversity issue is that tools and metrics that measure open source contributions often only acknowledge code contributions, ignoring all the other ways that people can contribute to open source projects.

The GitHub contribution graph is a prime example, which only recognises a handful of kinds of contribution. This can make it difficult for people to get the recognition they deserve, potentially hampering their motivation and even hurting their job prospects. 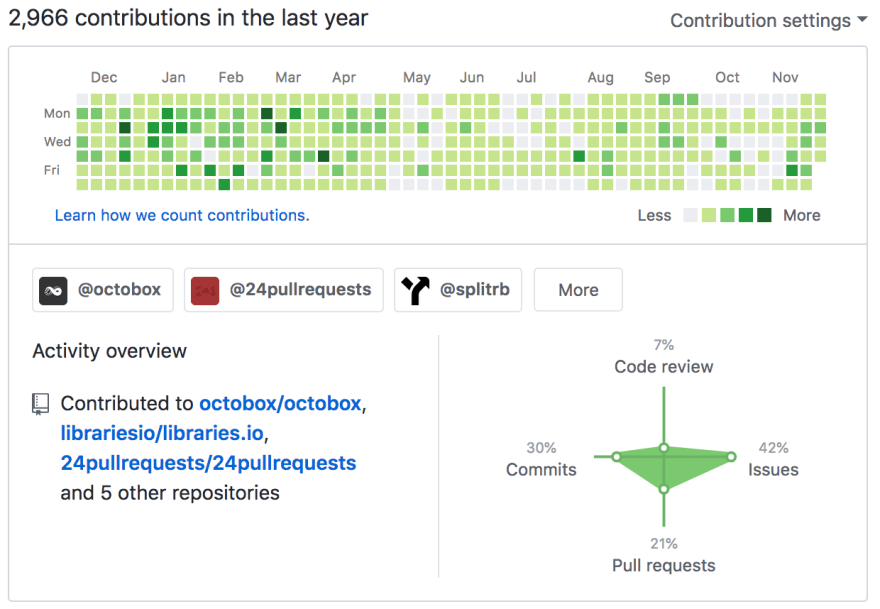 It took me 6 years to realise that 24 Pull Requests has been part of that problem too. In previous years, you could only participate if your contributions could be presented in the form of a pull request. This is particularly difficult for people are contributing by:

Those kinds of tasks are often under taken by women, people of colour and other underrepresented groups, only making things worse as their contributions become invisible to many people.

So this year we’re making the biggest change to 24 Pull Requests since the start of the project: you’ll be able to record every kind of contribution you make to open source, not just pull requests.

There’s a new form on the site that allows you to record the contributions you’ve made each day that wouldn’t usually make sense as a pull request: 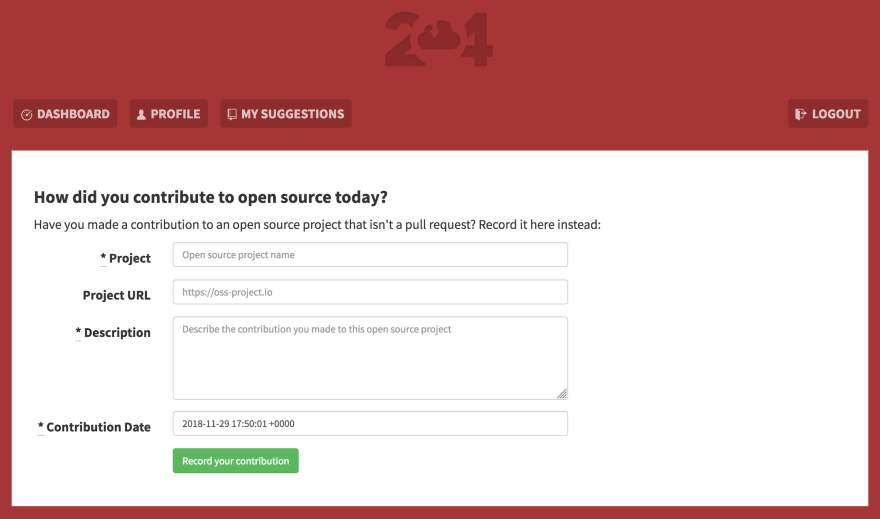 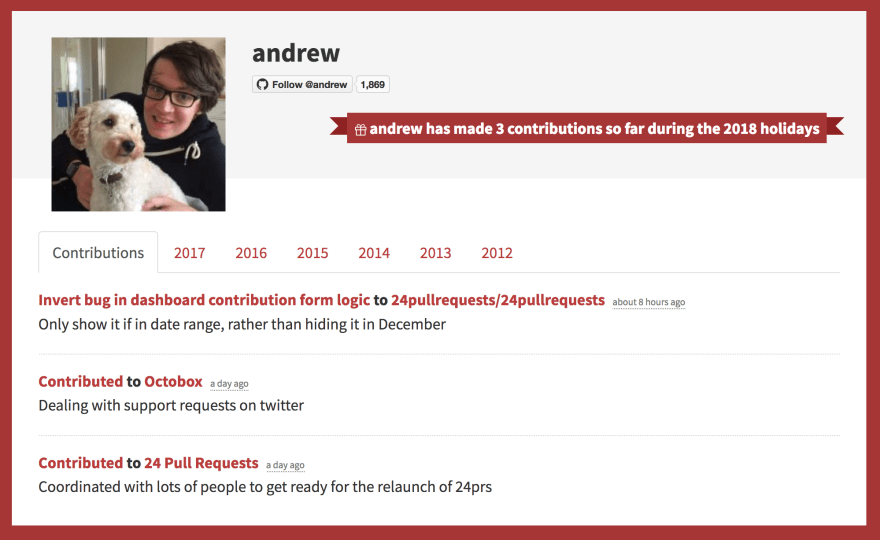 In summary, here’s how to track your contributions this year:

For contributions that are pull requests, everything will work the same as previous years, just login and sync your pull requests from the dashboard.

For contributions that you’ve made to an open source project that aren’t pull requests, you can record them in the new contribution form.

See you on December 1st!

Once suspended, teabass will not be able to comment or publish posts until their suspension is removed.

Once unsuspended, teabass will be able to comment and publish posts again.

Once unpublished, all posts by teabass will become hidden and only accessible to themselves.

If teabass is not suspended, they can still re-publish their posts from their dashboard.

Once unpublished, this post will become invisible to the public and only accessible to Andrew Nesbitt.

Thanks for keeping DEV Community 👩‍💻👨‍💻 safe. Here is what you can do to flag teabass:

Unflagging teabass will restore default visibility to their posts.