As a colour blind person, I find the idea of accessibility and high contrast really interesting. Hopefully soon the the days of having white input boxes on-top of a white background with no borders are behind us. 🤷‍♂️

When doing these tests I discovered there are a lot of colour combinations that I personally could see but they scored very low.

This obviously took me down a rabbit hole and I thought I would share some information. 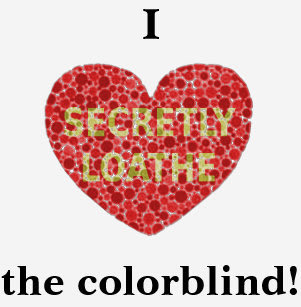 There are a few different kinds of colour blindness!

People with ‘faulty’ trichromatic vision will be colour blind to some extent and are known as anomalous trichromats. In people with this condition all of their three cone types are used to perceive light colours but one type of cone perceives light slightly out of alignment, so that there are three different types of effect produced depending upon which cone type is ‘faulty’.

People with dichromatic colour vision have only two types of cones which are able to perceive colour i.e. they have a total absence of function of one cone type. Lack of ability to see colour is the easiest way to explain this condition but in actual fact it is a specific section of the light spectrum which can’t be perceived.

There are two types of dichromacy:

Protanopes are more likely to confuse:-

Deuteranopes are more likely to confuse:-

The most common colour confusions for tritanopes are light blues with greys, dark purples with black, mid-greens with blues and oranges with reds.

The images show how the beautiful colours of the pigments are lost to people with each type of dichromatic vision.

People with monochromatic vision can see no colour at all and their world consists of different shades of grey ranging from black to white, rather like only seeing the world on an old black and white television set. Achromatopsia is extremely rare, occuring only in approximately 1 person in 33,000 and its symptoms can make life very difficult. Usually someone with achromatopsia will need to wear dark glasses inside in normal light conditions. 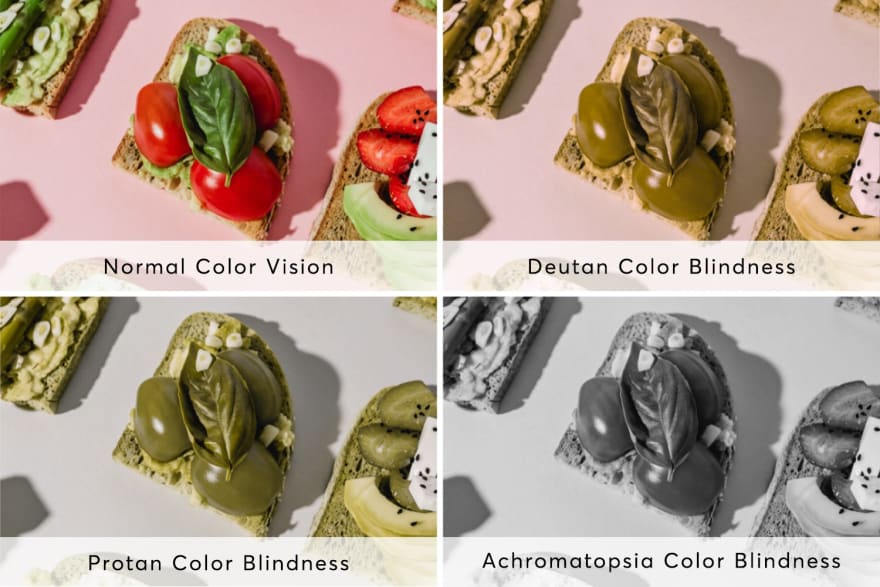 Oddly enough its mostly men who are colorblind. 8% of men and 0.5% of women have a colour vision deficiency. These figures rise in areas where there is a greater number of white (Caucasian) people per head of population, so in Scandanavia the figures increase to approximately 10-11% of men. By contrast in sub-Saharan Africa there are few colour blind people. Countries such as India and Brazil have a relatively high incidence of colour vision deficients because of the large numbers of people with mixed race genes in their genetic history.

In the next article I will share what information I found on how we as developers can accommodate the colour blind.

CSS child behind parent with z-index

Fundamentals of the CSS Float and Clear Properties

Chris Connelly
My name is Chris. I love webdev so much I quit my well paying job of fifteen years to go back to school and start my own freelance company
PURE CSS SVG ANIMATIONS
#svg #css #animatedotcss
Developing A Realtor Theme For Hugo: Step 1 Building the pages
#html #css #javascript
Testing My Static Sites Speed and SEO
#html #css #javascript #netlify

Once suspended, teamallnighter will not be able to comment or publish posts until their suspension is removed.

Once unsuspended, teamallnighter will be able to comment and publish posts again.

Once unpublished, all posts by teamallnighter will become hidden and only accessible to themselves.

If teamallnighter is not suspended, they can still re-publish their posts from their dashboard.

Once unpublished, this post will become invisible to the public and only accessible to Chris Connelly.

Thanks for keeping DEV Community 👩‍💻👨‍💻 safe. Here is what you can do to flag teamallnighter:

Unflagging teamallnighter will restore default visibility to their posts.