Long story short - nobody cares about version 1 and 2 - by that time the library, I am going to talk about, even had a different name. Version 3 never existed and the difference between 4 and 5 was a forwardRef, or React 16 support, which is a good reason for a breaking change. So, in short, v6 is actually 3rd iteration on the API.

Bump to a version 6 was also driven by new React features. This time by hooks, making React-imported-component the first code-splitting library with exposed hook API, as well as the first Create-React-App compatible one, thanks to the babel macros support.

Server Side Rendering, tracking, and advanced API. Here is the comparison table:

* It's really will never let you down. All credits to your bundler.

Read more about what this table displays

Lazy-loading is not only about React.lazy and Components - behind any variant there is nothing more but a dynamic import, which able to load absolute everything. And all you need - is a proper "React integration" to manage loading states.

That's all. The only problem is with default {}, unique on every render, so better extract them to a separate variable outside of this component. However, this is not something you should worry about.

useImported could load whatever you want, and any other API exposed by react-imported-component is built on it.

useImported is not always super handfull, sometimes something more declarative could be preferred.
So there is a helper to import anything you want via react render props interface. For the majority, this pattern is better known as loadable.lib (however it was first introduced for imported)

There is also two "common" APIs - imported and lazy.
Where lazy - quacks like a React.lazy, and is lazy in production, while imported is, well, old good imported with API compatible with the first generation of code splitting libraries.

There are 3 things you should know about CRA:

However, while other SSR friendly code-splitting solutions require babel and webpack plugins to work - react-imported-component don't need anything from webpack, it's bundler independent, and provides a babel macro, the only thing which works out of the box with CRA.

Just use react-imported-component/macro, and call it a day

The first way to make script rehydration is to make the loading process more efficient. imported-component provides a separate entry point - /boot to kick off initialization process before the main script evaluation, thus load deferred scripts a bit early. A great solution for CRA or Parcel, where you might not know real names of chunks files(without extra plugins installed) to inline into HTML.

This works quite simple and interesting - you js got parsed, got evaluated, but not fully executed. Then imported will trigger importing loading the required chunks, just calling imports it shall call. Then your application will continue the execution.

Or you will more believe in Profiler flame graphs?

Notice small "time box" on the left, and microtasks given to browser, to kick off network stuff on the right.

And notice how small was that "time box".

This makes all those things, like script preloading and prefetching, not as important - it would be not so bad even without them. So you might have good SSR with CRA out of the box.

However, the best results require a more fine-grained approach. And another change for v6 - a separate package for webpack integration - will be able to help. Named quite obviously:

We'll get your asses imported in a right way.

This will output imported.json as a one of the emitted assets, with all the information carefully sorted.

If you have only stat.json generated somehow you can convert into into "imported" format

A webpack plugin to gather the data, and clientside API, including React binding, to handle everything out of the box.

And CSS is also handled in the best possible way - with critical style extraction working out of the box for a plain CSS files.

📝All the critical styles you've used to render a page.


Get all the styles, you have used to render a page

This is all about code splitting, Server Side Rendering and React, even if React has nothing to do with this library.

Code splitting is a good feature, and SSR is also awesome, but then you have to load all the used scripts on the client, before making a page alive Everybody is talking not about .css, but only about .js.

That's done, in a different ways. That's not a big task, as long as the usage of code splitted blocks is trackable - you are using it, and components defined inside.

CSS is harder - you might just use random classes and what next? You are…

All used libraries have Streamig-friendly API, and able to provide the best TTFB you are looking for. 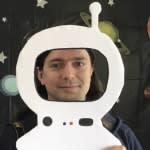 ✂️ Code splitting - What, When and Why

Thanks for keeping DEV Community safe. Here is what you can do to flag thekashey: