SBTCVM's pygame frontend and its many colors.

The pygame frontend. It was the oldest interface SBTCVM had aside from a barren terminal, without even a period of curses to be seen. Now, after much work on the common components of SBTCVM gen2-9, pygame makes a return to SBTCVM, with a new frontend. A few new features have made it into SBTCVM via the pygame frontend as well.

SBTCVM, traditionally, had only plain, black & white text coloring. However, it has had graphics of one sort or another for a while, so color is no new addition to it.

With the many changes in SBTCVM's newest revision, comes colored text functionality. While the feature itself is new, it, in-part, uses some research that began before SBTCVM even did. 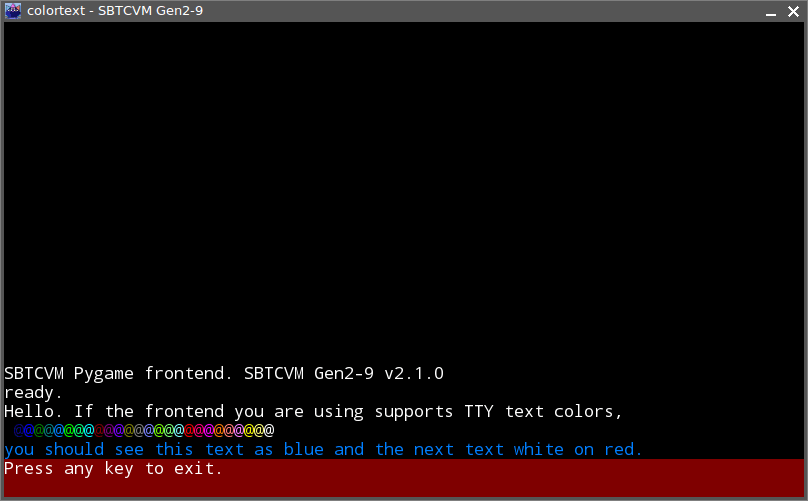 Years ago, before SBTCVM was even a thing, I was working with balanced ternary color palettes, and possible graphics resolutions, and so forth. namely:

These 3 Balanced Ternary color spaces were interesting to work with ascetically, and are the reason even SBTCVM's predecessor, TDA-Mark1, had color support, in the form of a crude 729-color, 27x27 pixel vector plotter, and a smaller monochromatic, 9x9 vector plotter. 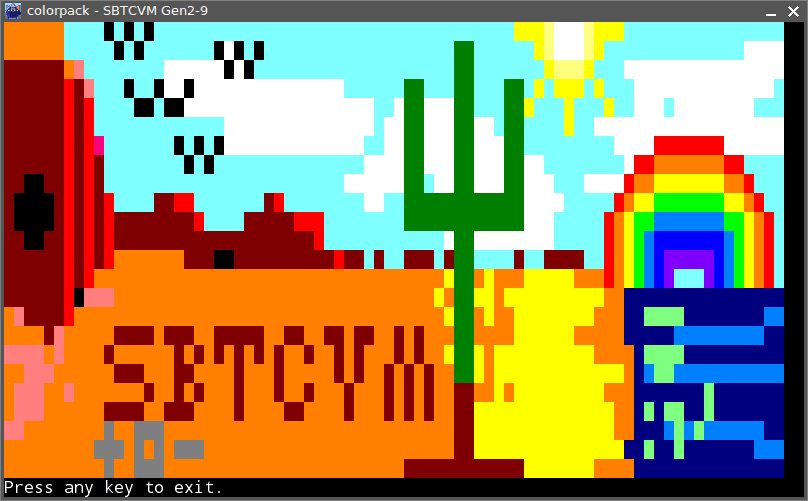 The new pygame frontend's TTY has both a 3-color indexed and a 27-color RGB color-block encoding scheme. (mainly to save memory, and ease coding.)

Some observations on ternary colors

While SBTCVM may have had colors for a while, as far as I've seen, its the only balanced ternary computer, virtual or not, to really tackle the problem. One odd thing is 0 is never black in linear RGB and monochrome palettes. the lowest negative value is. while the highest positive value is always white.

Overall, I've learned quite a few things about balanced ternary since starting SBTCVM, and even learned some things before that. As well, all this new color text and graphics should make SBTCVM a bit more interesting at least.

To use the new pygame frontend, just run:

Hi, I'm Thomas, chief developer of the SBTCVM project, and all around artist and programmer. I do have more of an understanding of balanced ternary than most i would say.

How to quickly batch resize, compress, and convert images with a Bash one-liner

How I used the Goodreads API to pick my next read

Do I really need a SPA framework?