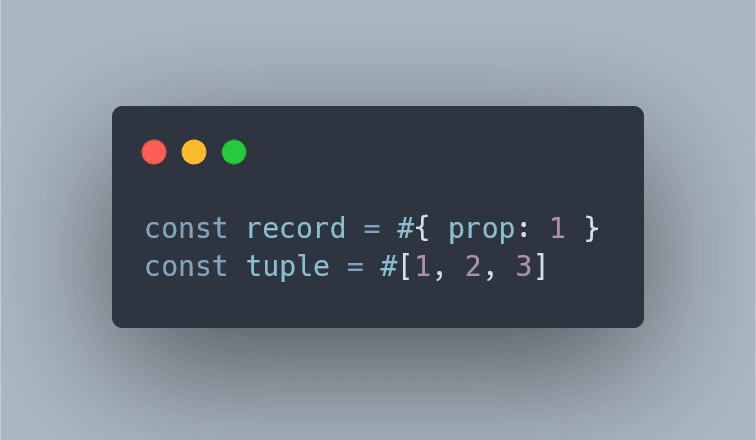 This article was originally published in Medium

Records and tuplesOne of the misleading use cases for beginners in JavaScript is to create constant arrays and objects. With the introductions of ES6, we got two new declarators: let, for mutable variables, and const, for constants. Many beginners believe that this will make their objects and array immutable, to discover later that they are not. The object or array itself is immutable, but not their content. So far, we have relied on the method Object.freeze to deal with this use case.

Records are immutable arrays. Tuples are immutable objects. They are compatible with Object and Array methods. Essentially, you can drop a Tuple or a Record in any method that takes an object, or an array and it will behave as expected, unless this implies to modify the element. This applies to method of the standard library, iterators, etc.

This addition is welcomed as it has been a struggle to define immutable values in JavaScript, and confusing for many beginners. Prior solutions implied using external libraries like Immutable.js, workarounds in the standard library like Object.freeze or conventions to achieve similar results.

The proposal is currently on stage 2, so it is subject to changes. However, it already looks solid and I personally hope it makes it through and becomes a standard.

How to think while building Web Applications