HOC is a function that takes a component as an argument and returns a new component. Which looks something like this:

When to use it? 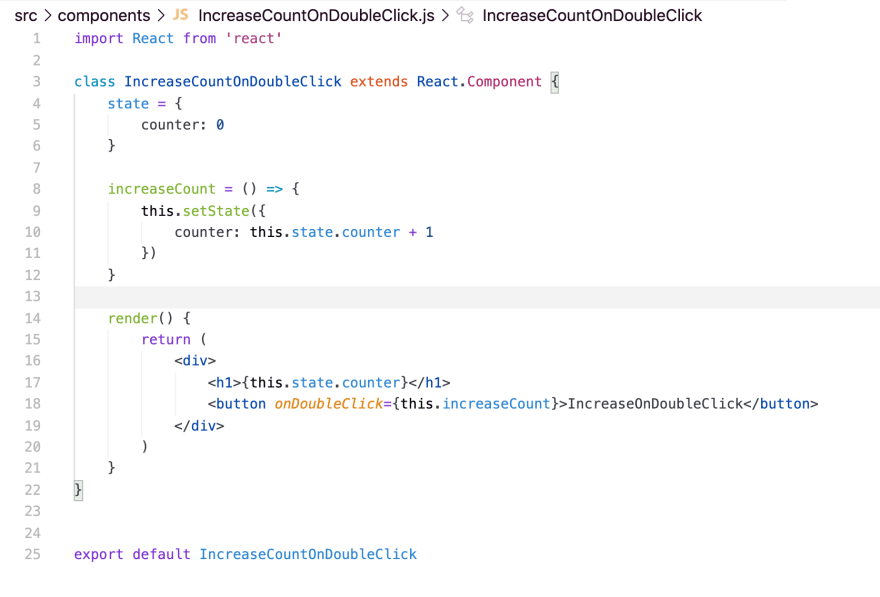 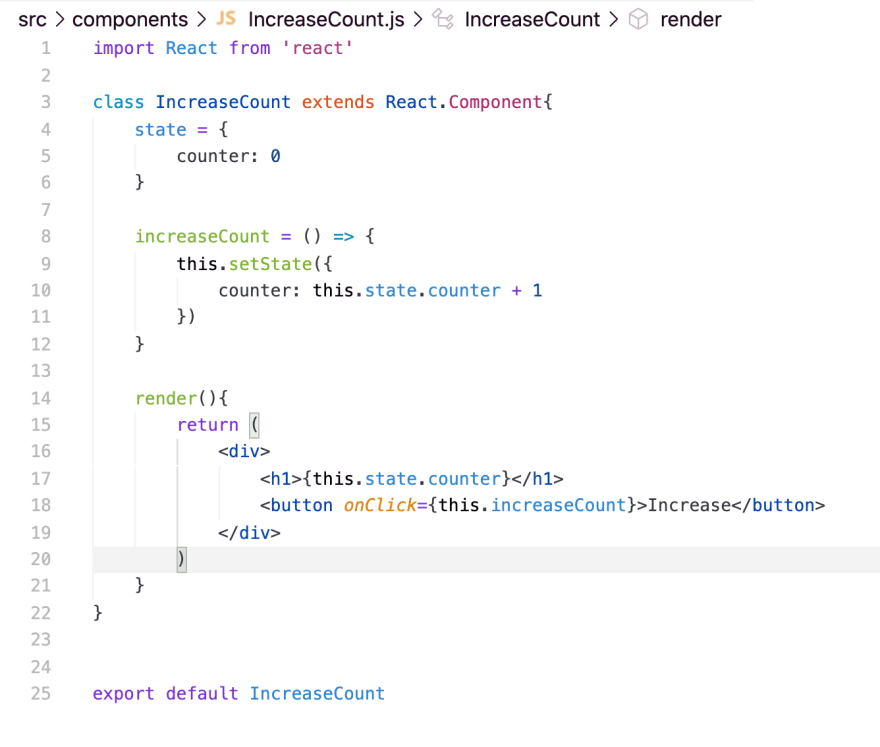 In the above two code snippets from lines 4 through 13 we have some code duplication and as a developer we always try to follow DRY(do not repeat) principle. Here is where we can utilize HOC’s to allow us to put duplicated code in a single place and then share that code among components as necessary. 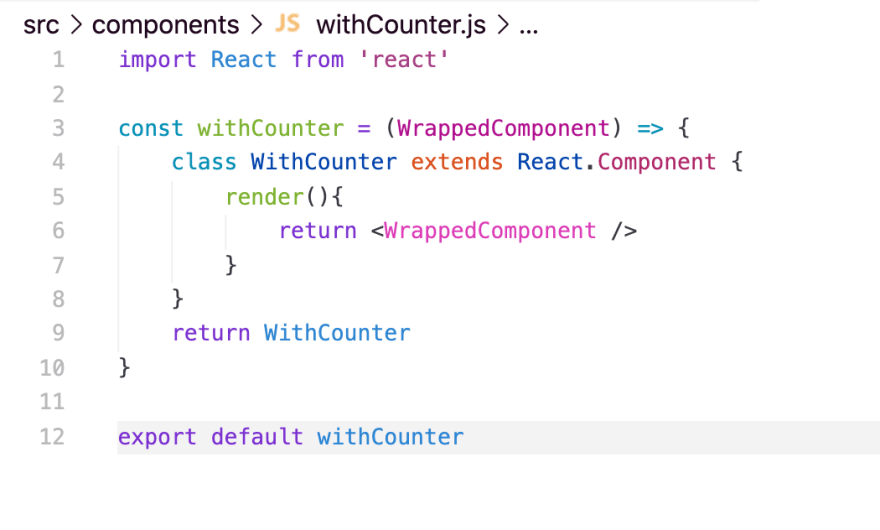 Below, we create a “withCounter(higherOrderFunction)” function and pass “WrappedComponent(OriginalComponent)” as an argument. Then we return an “EnhancedComponent” component that is named “WithCounter” from the function. This is our simple HigherOrderComponent. Let's extract the duplicate code in this function. 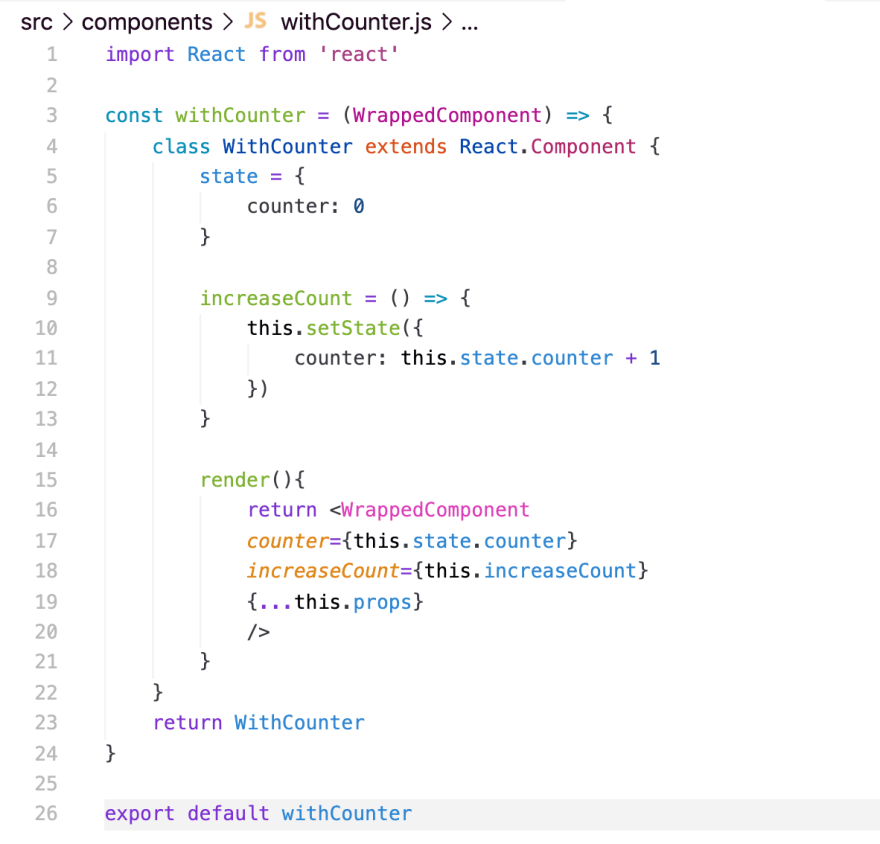 Now, we can remove duplicate code from both components and instead of exporting IncreaseOnDoubleClick or IncreaseCount, let's export our HOC. Like this:

Note: Make sure you update this.state.counter to this.props.counter and this.increaseCount to this.props.increaseCount. In Addition, make sure to add both components to App.js.
If you want to dig deeper into Higher-Order Components you can explore this react-document link.

I Don't Use JavaScript Classes At All. Am I Missing Out on Something?