Computer networking refers to interconnected computing devices that can exchange data and share resources with each other. These networked devices use a system of rules, called communications protocols, to transmit information over physical or wireless technologies.

Computer networks components comprise both physical parts as well as the software required for installing computer networks, both at organizations and at home. The hardware components are the server, client, peer, transmission medium, and connecting devices. 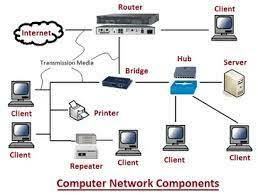 Depending on the organization's size and requirements, there are three common types of enterprise private networks:

1.Local area network (LAN): It is a group of computers and peripheral devices that share a common communications line or wireless link to a server within a distinct geographic area.

3.Prsonal area network (PAN): A PAN is most commonly used for one individual and to connect just a handful of devices such as a computer, smart phone, and printer.

4.Metropolitan area network (MAN): Larger than a LAN but smaller than a WAN, a MAN incorporates elements of both types of networks. Ownership and management can be handled by a single person, but it’s more likely done by a larger company or organization.

What is Network Protocols

A network protocol is an established set of rules that determine how data is transmitted between different devices in the same network. Network protocols are the reason you can easily communicate with people all over the world, and thus play a critical role in modern digital communications. 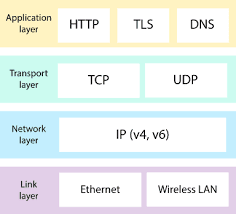 6.File Transfer Protocol (FTP): FTP allows users to transfer files from one machine to another.

7.Hyper Text Transfer Protocol (HTTP): Through the HTTP protocol, resources are exchanged between client devices and servers over the internet.

What is network topology? 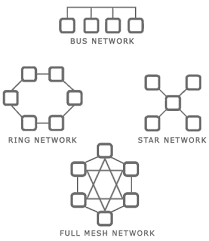 1.Bus topology
Each node is linked to one other node only. Data transmission over the network connections occurs in one direction.

2.Ring topology
Each node is linked to two other nodes, forming a ring. Data can flow bi-directionally. However,single node failure can bring down the entire network.

3.Star topology
A central server node is linked to multiple client network devices. This topology performs better as data doesn’t have to go through each node. It is also more reliable.

What is a port?

A port is a virtual point where network connections start and end. Ports are software-based and managed by a computer's operating system. Each port is associated with a specific process or service.

There are different types of ports available: 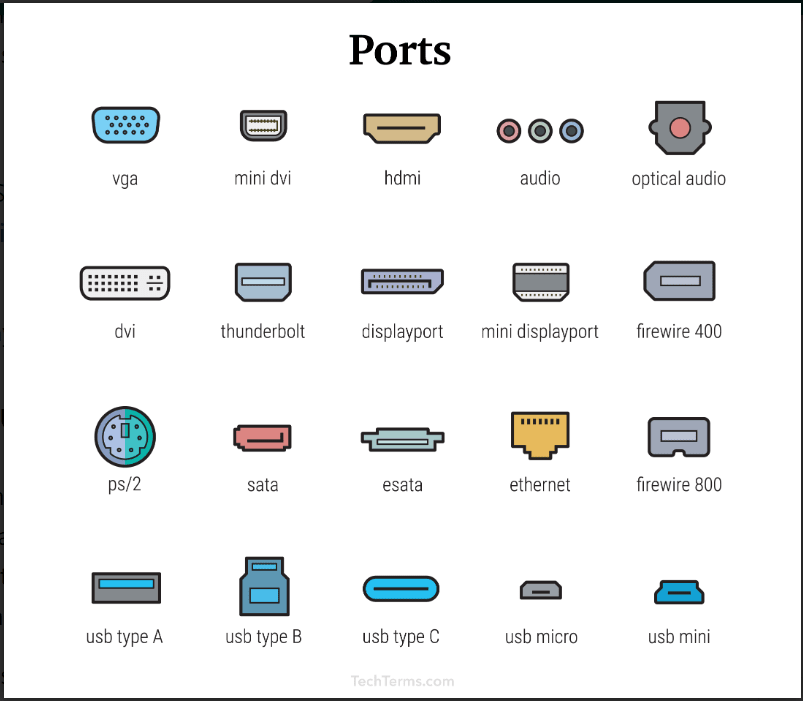 What is OSI model? 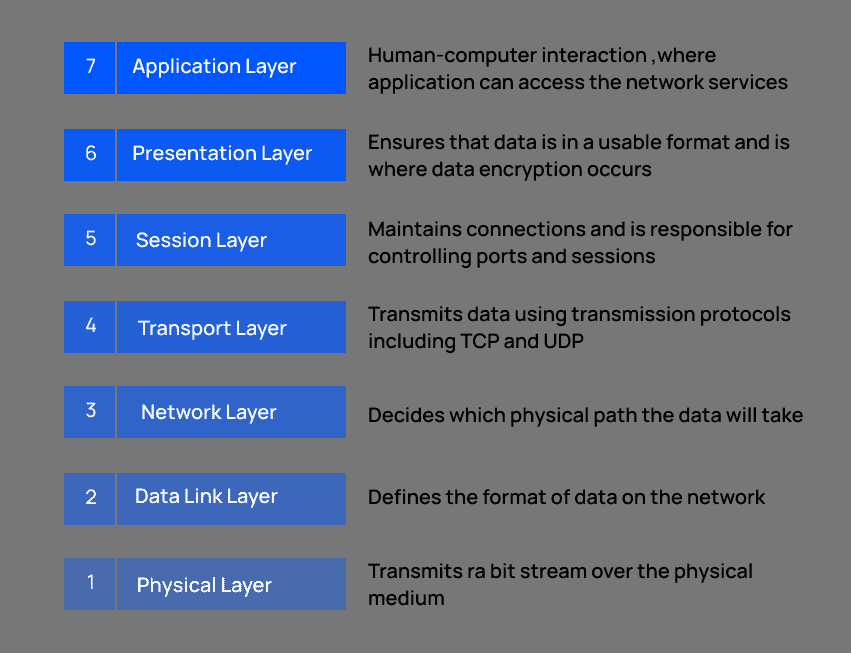 A dashboard in microservices architecture

4 Lessons We Learned From Per Esbensen, Co-founder and CEO of Codeable

Once suspended, vaishnavi_2211 will not be able to comment or publish posts until their suspension is removed.

Once unsuspended, vaishnavi_2211 will be able to comment and publish posts again.

Once unpublished, all posts by vaishnavi_2211 will become hidden and only accessible to themselves.

If vaishnavi_2211 is not suspended, they can still re-publish their posts from their dashboard.

Once unpublished, this post will become invisible to the public and only accessible to Vaishnavi Patil.

Thanks for keeping DEV Community 👩‍💻👨‍💻 safe. Here is what you can do to flag vaishnavi_2211:

Unflagging vaishnavi_2211 will restore default visibility to their posts.