State management is one of the most important concepts of react. Because of React’s popularity in recent times there are many state management libraries that have evolved. Redux is one of them. Redux provides an easy way to communicate between components. It provides easy debugging and a centralized store where we can manage all states of our application.

React Native is an open-source javascript framework. It is used to create cross-platform applications. The framework allows you to create an application that can run on different platforms (e.g. Android, iOS, Android TV, tvOS, Web etc) by using the same code.

State management is one of the most key concepts in react. It is a way to communicate and share data among the components. If a user changes any state by interacting with the user interface then the UI will get updated from old state to new state.

React follows one-way data binding i.e. if any change is made in a component then data gets reflected in view. We can pass the parent component’s state to the child component by using props. But sometimes it becomes tricky when we need to share data from child component to parent component or if we want to share between sibling components. To resolve these hurdles there are many state management libraries available, one of them is redux.

What is Redux and Why it is used in State Management?

The data of builtwith shows the exact data of react-redux. 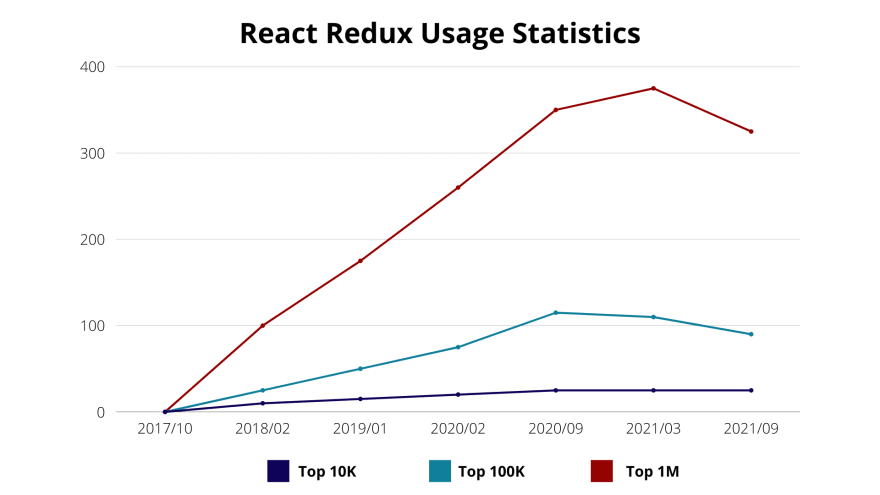 npm i react-redux
npm i redux

The main working of react-redux depends on three building blocks:

Create a folder named redux inside that create two more folders named as actions and reducers and create a file named as store.ts

Store: Store is a single source of truth that has entire states of application.

Import store in your entry point (in my demo it is app.tsx)

Actions: Actions are nothing but events, using actions you can send data from your application to your global store i.e. Redux Store. store.dispatch() method is used to send actions. Actions are javascript objects that contain a type property to define the type of action and a payload property that contains information.

Example of an action :
Here we are creating a counter app which will have two actions INCREMENT and DECREMENT. So we have created two actions in counterAction.tsx file:

Reducers: Reducers are functions that take the current state of an application and then perform any action on that and returns a new updated state.

At last we will create two buttons, one for increment and another one for decrement, where we will use dispatch() method to send our actions.

Here is the final outcome: 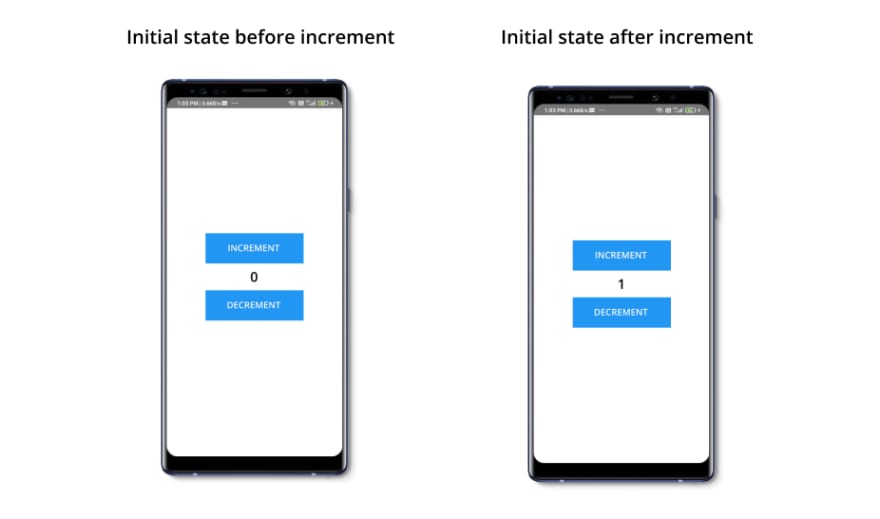 1. When react-redux should be used?
When you have too many number of states that are needed in many places then redux can be used.

3. Is redux necessary?
It’s not necessary. It is recommended to use when you have too many states in an application that needs to interact with different components of the application. It makes debugging easy.

1 line of code: How to convert \newlines to <breaks />