tl;dr When writing classes/OOP in TypeScript --strict should definitely be enabled, or at minimum use --strictPropertyInitialization as it might save hours of debugging in scenarios where tsc is replaced with babel. Second thing I wish I knew is that the order of plugins in babel.config.js affects the output.

My initial goal was to decrease unit tests execution of cca. 4500 tests taking 340 seconds. First what came to my mind was to modify jest config especially how the code is being transformed.

The idea was to utilize tsc only for typechecking and babel for transpilation. Why? Because babel was already in place by applying the emotion-plugin and therefore doing the transpilation only via babel could shave some time off.

Obviously during the process of config upgrade & tuning I've hit a few snags which I'd like to share - as someone after reading might not run into similar problems.

NOTE: there was a shared babel.config.js for both unit and functional-browser tests setup plus they each had s separate jest config

Oops, there is an error

Everything seemed to be working fine at least for unit tests but life's though and the first error appeared during functional-browser tests run saying:

That particular stack trace was pointing to one of the Page Object base classes in which a super-class instance property was accessed from ancestor.

My first hypothesis was that this error might be related to the compilation target setting, specifically with regard to how babel transpiles classes. By trying out a couple of different possible values for target, it quickly became apparent that that was not the case.

Next suspect in down the call stack were few async/await functions which turned in a "small sync test reproduction" this hypothesis out of play as well.

Finally after putting explicit console.log into constructors all the way up the prototype chain as well as passing different init arguments, it pointed me to the right direction. Also a good move was to remove TypeScript's class member declarations - that just confirmed the suspicion -that these properties with type annotation were incorrectly transpiled (the "how" will be explained in following section). 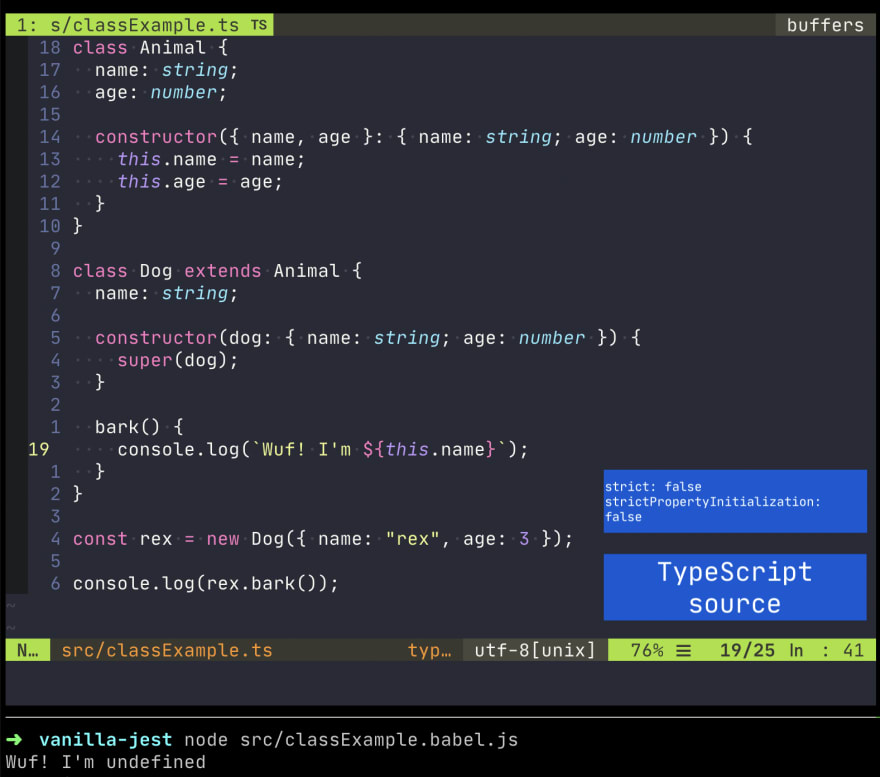 The output transpiled by babel 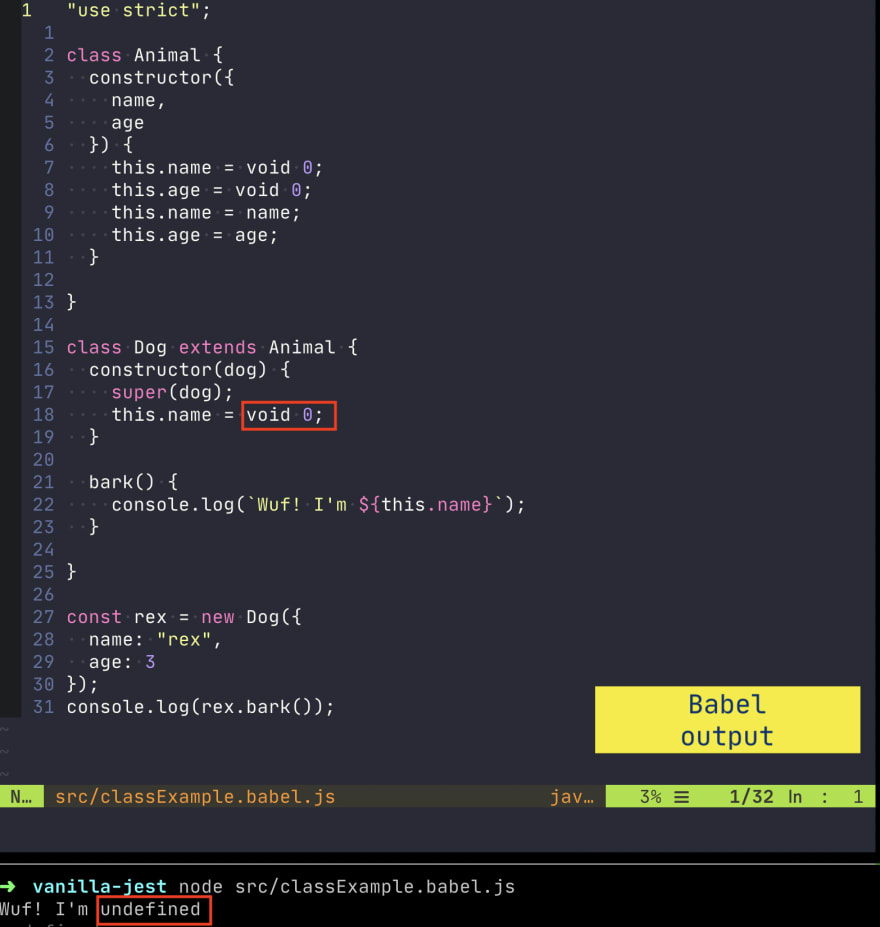 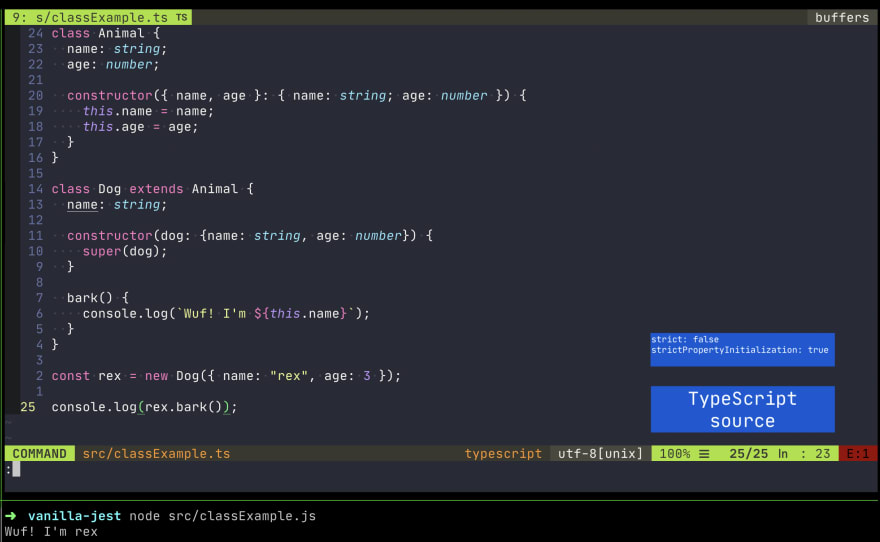 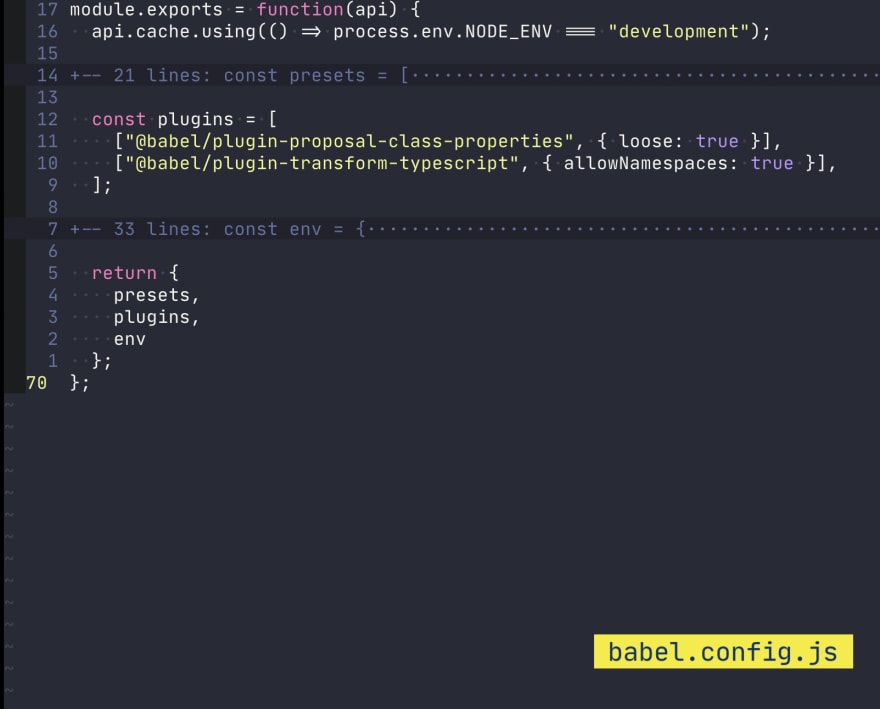 Confirmation that swapping the order of plugins produces different output

Finally the problem could be easily prevent with strict mode or strictPropertyInitialization enabled.

is a sequence of related and non-related events contributing individually or combined to raise overall complexity.

Viliam
JavaScript import/export
What was your win this week?
#discuss #weeklyretro
Where Do You Host Your Websites?
#discuss #webdev #hosting #website
React TypeScript - How To Set Types on Hooks (+cheat sheet)
#typescript #react #javascript #beginners