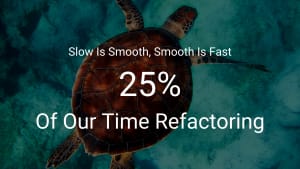 The post Slow Is Smooth, Smooth Is Fast – 25% of Our Time Refactoring first appeared on Qvault.

My team has been spending less of our “free” time working on bugs and features from the backlog, and more time refactoring our codebases and test suites. As a result, and perhaps somewhat counterintuitively, we’ve noticed a significant increase in our throughput of features and bug fixes.

As it turns out, its easy to find bugs and add features to a well-written codebase that the entire team is familiar with. Go figure.

My team started a loose goal to spend 25% of our time refactoring, revisiting, and restyling existing code and tests. Let’s go over some of the benefits we’ve seen since making the change.

I’ve found that in articles like this it’s important to give as much context to the situation as possible, as certain development methodologies may work better or worse in teams with a different size, tech stack, or development process. Here are some notable things about our situation: 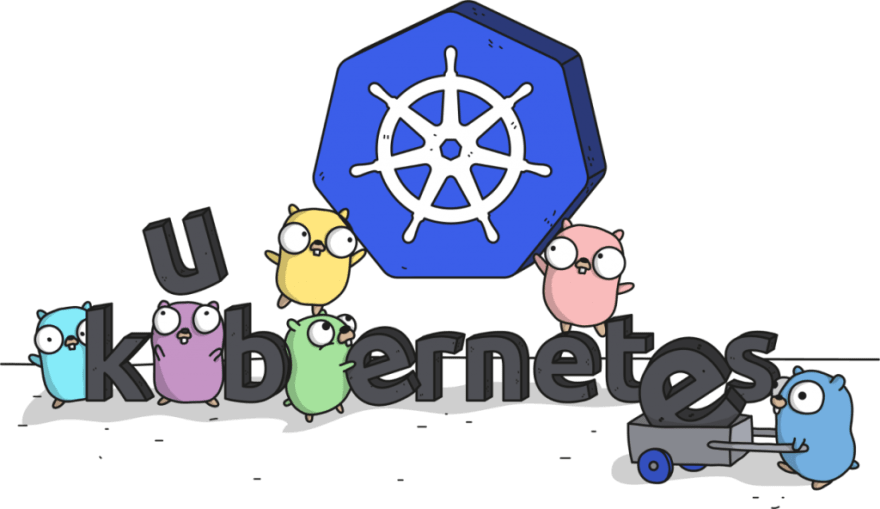 With only 3 engineers on the pipeline team and ~14 repositories (Mostly REST APIs and ETL processes), it was hard for all three of us to be super familiar with all the code. When we needed a new microservice, one team member typically wrote the first iteration, and one other team member did a quick code review. The engineer who did the first iteration would then be primarily responsible for bug fixes and new features relating to that project.

By focusing more of our time on reviewing and refactoring existing code, it gave us a chance to hop into projects that we never would have had a reason to become familiar with. Not only does getting more eyes on a project mean the overall code quality will likely go up, but it also means we aren’t hosed when the original maintainer has gone.

When you get deep into spaghetti code, it can be really hard to find bugs. Not only that but in a messy codebase, sometimes fixing a bug can actually add to the “uncleanliness” of the code. You may have to exacerbate or extend an already bad architectural pattern in order to get a bug fix in.

Ideally, you would do the refactoring first and then fix the bug (assuming the bug still exists after a good refactoring). Unfortunately, oftentimes there isn’t enough time to refactor a project before fixing a critical bug. For this reason, we should always be refactoring so that bug fixes can happen quickly and won’t make the code quality worse than it is.

I don’t want to beat a dead horse, the reasoning here is largely the same as with bug fixes. Adding features to a messy codebase just makes it messier. It’s like frosting a cake that’s been thrown on the ground – it might taste marginally better but now it’s even harder to clean up.

Since adding a consistent refactoring process to our team’s routine, we’ve been able to put more features through to production while spending less time working on them. Let me know what you think and if you have a different experience.

[Swift] What I learned about Memoization