We all know that the browser understands javascript code but how the angular code work (TypeScript). To do all this angular provides us its own compiler.

While developing an angular application, it consists of typescript code and angular specific code (like bindings,decorators). In order to run this application in angular , both these codes need to be converted to javascript code.

Here you can observe the flow. 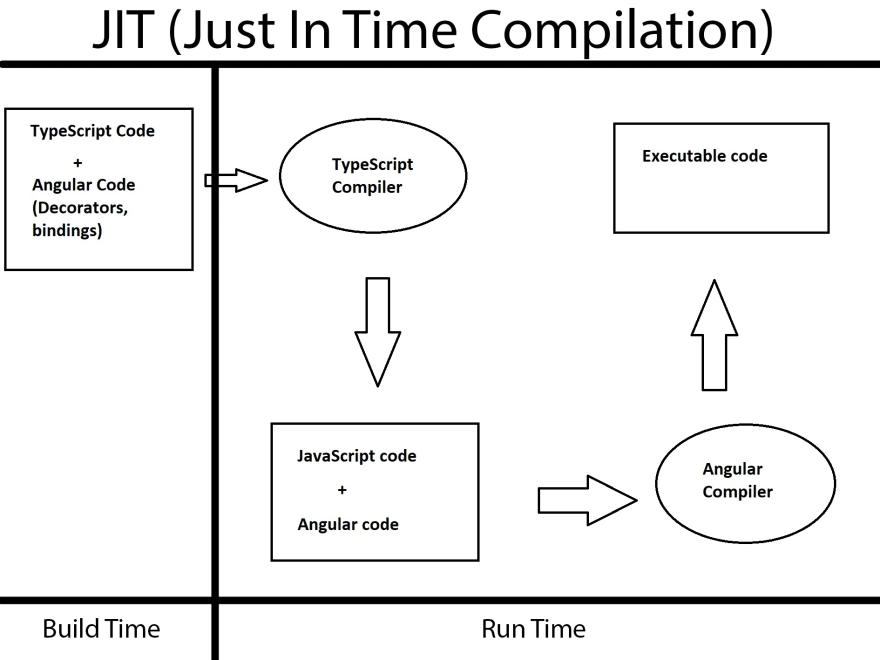 Now we will see how AOT overcomes these disadvantages.

Let us see how the AOT approach works to compile the angular applications. 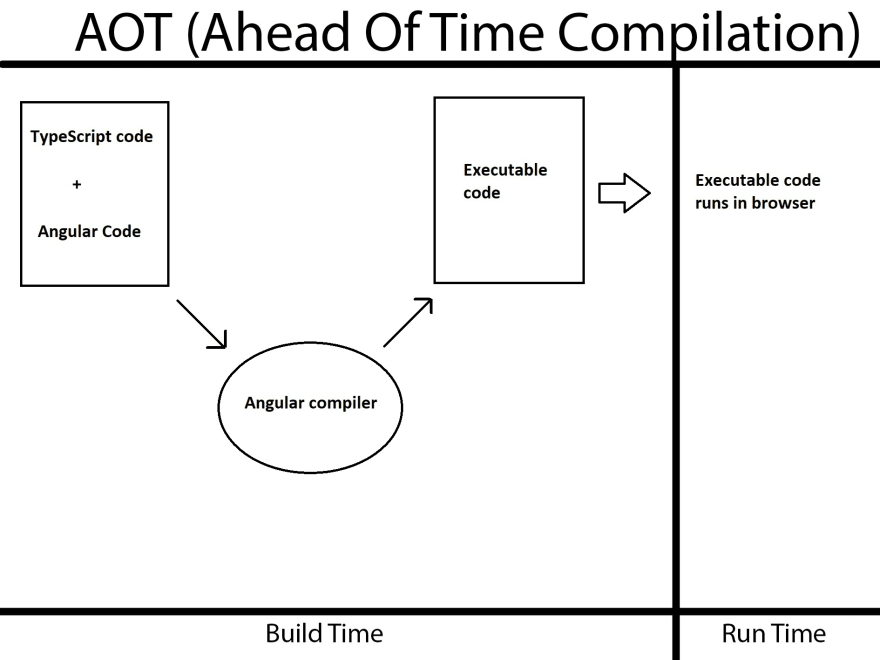 Compared to the Typescript compiler, ngc compiler also does the same thing i.e. translates the TS code to JS code. But along with that it also takes the angular code i.e decorators, bindings, etc., and pre compiles them into imperative code before the application loads in the browser.

Hence, both typescript and angular code are in the executable format before the run time.

AOT approach in angular provides us with many advantages such as:

Note:- All the versions till Angular 8 used the JIT approach by default. From Angular 9, they made AOT mode as the default compilation approach.

Once suspended, whoami22 will not be able to comment or publish posts until their suspension is removed.

Once unsuspended, whoami22 will be able to comment and publish posts again.

Once unpublished, all posts by whoami22 will become hidden and only accessible to themselves.

If whoami22 is not suspended, they can still re-publish their posts from their dashboard.

Once unpublished, this post will become invisible to the public and only accessible to whoami22.

Thanks for keeping DEV Community 👩‍💻👨‍💻 safe. Here is what you can do to flag whoami22:

Unflagging whoami22 will restore default visibility to their posts.