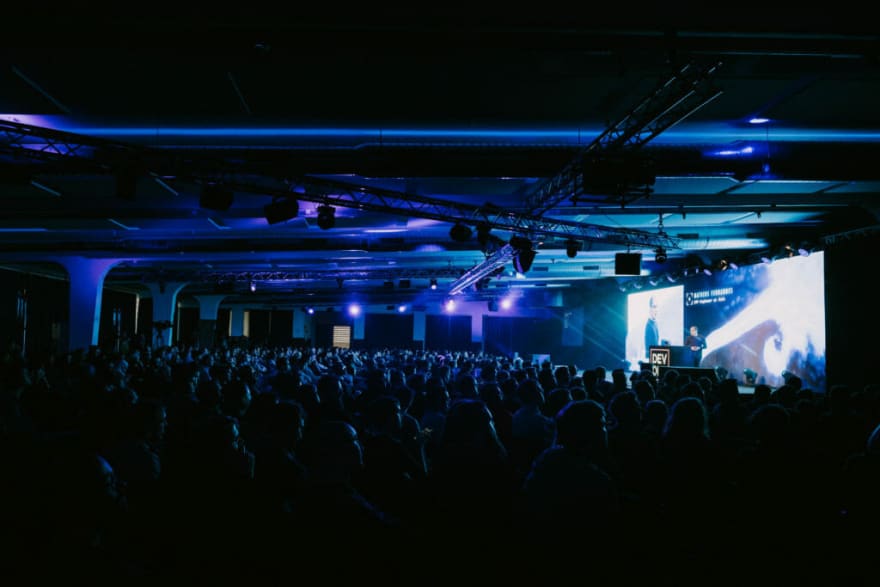 At DevOne conference in Linz, Austria

I have a couple blog posts on conferences, including one on hosting a booth, one on diversity and inclusion, and one on Think Globally, Sponsor Locally I haven’t put together one about what I hope for from conference organizers, though.

Every conference, even the massively well-funded ones, is the result of a lot of meetings articulating trade-offs, budgets, and what we can and can’t manage with the people, resources, and money that are available. I know that, and I know that articulating the value of a conference is some of the hardest work around. I am not picking on your conference! But I go to enough conferences that I have formed some opinions on what’s useful.

I mean, this is a book, really, and not 1/3 of a blog post, but here are the things I hope for or expect as an attendee:

There’s a bunch of other things to consider: funding, sponsorship, food, liability, recordings, permissions, non-alcoholic drinks… this is never going to be simple, but I think there are also a lot of great models for you to look at. I especially commend White October Events, the global DevOpsDays organizing team, Write the Docs, and the late, lamented AlterConf. All of them helped organize events that I was happy to not only speak at, but paid my own money to attend after that, because they were that good.

All of the above, plus:

My friends. My dear friends. I am not here to dance.

I know that a big repurposed ballroom feels weird and empty if you don’t put some music into it, but I have a decibel monitor on my phone, and I want to stop being in the room right around 80 decibels. I’m going to have to yell, and it’s hard to have a technical discussion WHILE SHOUTING AT SOMEONE. And the same goes for the speaker dinner. Restaurants turn the music up because there is strong evidence that people will order more alcohol IF THEY ARE SHOUTING, but you have rented this separate banquet room, and you get to tell them to turn it down. I want to talk to these awesome people and not lose my voice before my talk tomorrow.

You might be surprised who gets to vote on whether a company is going to sponsor a conference. As a person who frequently goes to conferences, I get asked a lot about which ones we should sponsor. Here are some factors I consider:

It’s your party, but make me want to come

When it comes down to it, conference organizing is almost never going to pay off in a financial way, unless it’s your full-time work and you leverage economies of scale. Most organizers I know spend half a year throwing an event that lasts less than a week, and it’s hard, stressful, and expensive. We’re all benefitting from their work.

That said, some conferences are more valuable, productive, enjoyable, sustainable, and worthwhile than others. I hope that the ideas I’ve outlined here help you think about where to spend money and add value.

Thank you, sincerely. I wouldn’t be here without all of you.

Why you should never use .toBe in Jest

Are unit tests a waste of your time?