Last night, I was reading a tweet stream from Nicole Archambault about having to pay to speak at conferences.

I self-funded a lot of conferences when I started speaking. I was more-or-less ok with it because I was using them as advertising and connections for my tech writing consultancy, so I treated them as business costs. But it was sometimes really hard. Distractingly hard.

I’m tired of advice to under-indexed people about how they can beg for money, fundraise, save money by doing things we would never accept our companies asking for, or basically hustle to be allowed to provide content for someone else.

Instead, let’s talk about what established speakers can do to make it easier, and what conferences can do, and why I am sympathetic but still skeptical.

Look, I’m not a superstar speaker, but it’s my job, and I’m good at it, and I’m getting recognition for it. Sometimes I show up in the “Featured Speakers” section. I’ve given keynotes.

What that means in that I have an obligation to everyone who is climbing up the ladder with me. I was helped by so many people, you can’t imagine – more established speakers, peers, conference organizers who took a chance on me. I’d do a name roundup, but for sure I’d miss someone. Since I was helped, I need to pass that on. I do it by mentoring, and by making soothing comments when people are freaking out, and by buying ice cream, and suggesting others for slots that I can’t take.

One of the things that I’ve been working on more is using my privilege to be demanding. I ask for things because if they turn me down, it’s not catastrophic the way it would have been when I was starting out. Here are some concrete things that I think we should all normalize as part of a speaking invitation:

Free conference ticket for speaking.
Travel and lodging expenses up front. It is not ok to require that a potential speaker have $3k of ready cash or credit capacity. (That’s a lot, but some of your conference hotels, whew! And also you may be floating more than one conference if it’s Your Breakout Year)
Offer of payment. Some people can’t accept extra money, like US government employees, but then they can turn it down.

You may not need any of that. Like me, your company may be willing to pay everything. You may have ethics guidelines that mean you can’t take payment. None of that matters. What matters is that by asking for it, we’re using our privilege to make it easier and more automatic for someone who does need it.

If you are in the lucky section of people who get paid to do this, then ask for it and then pass it on. Ask that the conference put what they would have spent on you into a scholarship fund. Ask that they use the money to pay other speakers. Ask that your company get a citation as a travel sponsor. Don’t just let it drop. And, this seems untrusting, but it’s probably best practice, ask them for receipts. Not literal ones, you don’t need that, but ask them who got the scholarship, or how that was distributed. That little bit of accountability will help keep the funds from sinking back into the general fund.

You work so hard. For community-based conferences, you are often spending your own money to bootstrap things and buy wayfinding signs. It seems impossible to pay speakers when you are already doubling up hotel rooms for the organizing crew.

That said, you should think of speaker assistance as integral to your conference spending as venue fees, and possibly less important than onsite catering. Without speaker assistance, you’re only going to hear from people who are like me – well-funded by our companies and able to accept expenses. You’re not hearing the other voices, from scrappy startups, from independent consultants who are not making bank, from developers who don’t have a conference budget, from community leaders.

Here are some ideas for how to find more money, although I will admit it won’t work in every case, it’s worth a try. Also, ask other conference organizers how they manage. You’re a community, you can help each other!

I really like almost all the conference organizers I know, and I don’t want to make it seem like I’m actually angry at them personally, but yeah, I’m a little mad that I’ve been doing this since 2013, and now speak at dozens of conferences a year, and I can still tell you precisely who pays, instead of being able to assume that everyone does.

It’s not ok to make under-funded and under-represented people hustle and scrape to be able to give us the content that makes amazing conferences happen. Instead of telling them to hustle harder, let’s use our privilege as conference organizers, speakers, and sponsors to normalize revenue-neutral or at least zero-cost speaking for everyone, or we’ll never hear from people like Ian Coldwater, or Walé Ogundipé, or Carina Zona, or lots of other great speakers and thinkers who you want to hear from. 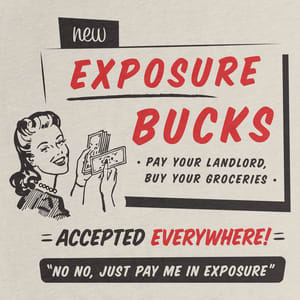 How To Survive Your First Conference Talk

Planning a JavaScript conference in only 10 weeks — Part 2