I usually try to make the titles on these posts clear and explanatory, but this one was evading me. It’s about being an MC or running a panel or doing interstitial banter with someone, especially when everyone is remote. It’s about the kinds of speaking that aren’t speeches.

Your conference organizer may ask if you can help them out by being a master of ceremonies (MC), doing an introduction for other speakers, or running a panel. If the idea of doing this kind of improv gives you cold sweats, it’s ok, you don’t have to do it, but it’s also a great way to contribute and show a little personality you may have scrubbed out of your talk.

One of my favorite memories of a conference MC is when I was giving a talk at DevOpsDays Minneapolis, and my slide deck was… not doing the thing. The AV team was working on it, and I was standing there in front of 800 people, with nothing but a sinking feeling and the cold shakes. Bridget Kromhout, the MC and conference-runner, saw what was happening, and got up on stage with me and and asked me some simple questions that I could answer while the team got me going again. This was such a win for everyone – I got settled back down and stopped panicking, because I wasn’t frozen on stage, and the audience wasn’t bored or restless, and Bridget didn’t have to stand in the wings wishing I would say something. 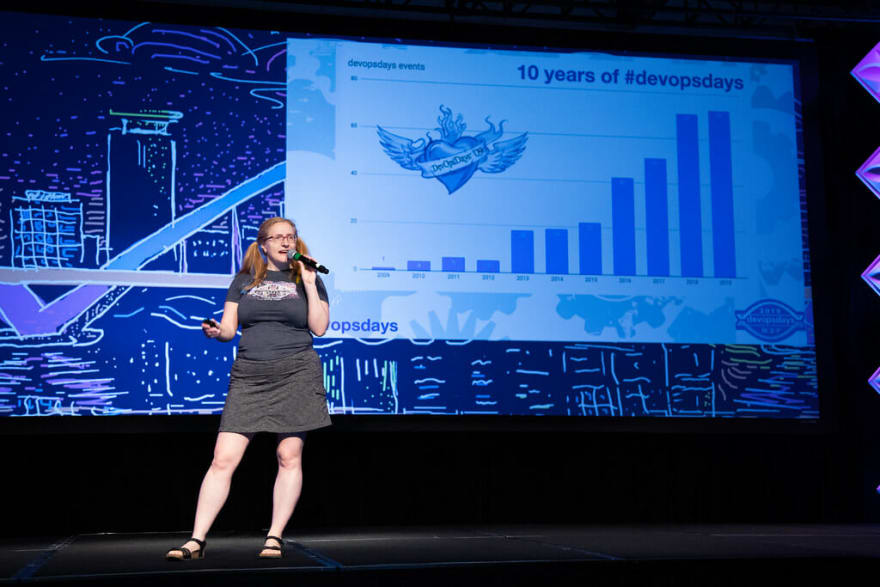 An MC is not always the same as the conference organizer. In fact, now that we’re all in a virtual meeting for our conferences, it’s really nice to have a pair of people to talk to each other while everyone comes back from getting coffee. You don’t have to know much about anything, you just need to be willing to have a conversation and read the notes you do have.

Here’s what you should expect to do as an MC:

I know this sounds like very basic stuff, but I promise you that if you don’t write down the things you need to do, you’ll forget at least some of it. My usual failing is entirely forgetting to do the call-to-action at the end.

Are you an organizer trying to get one or more MC’s wrangled? Here are some things that have made it easier from my end:

Running a panel is hard. I’m serious. And it’s even harder online, where you can’t just snatch the mic out of someone’s hand. There are so many failure modes that a panel moderator can wander into, including but not limited to: 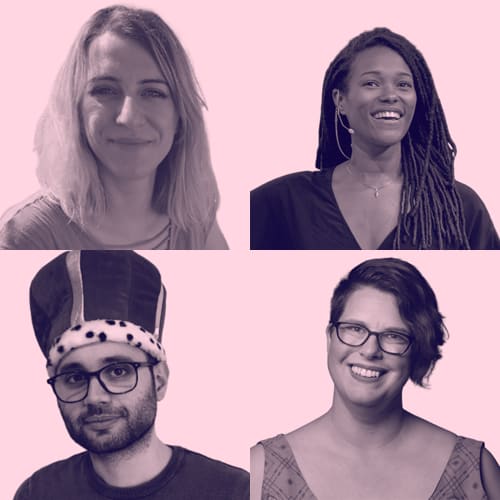 The panelists for a Lead Developer Live session on evaluations

I don’t talk about this often, but running a panel is one of my superpowers — I’ve been doing it for years at the conference of my heart, Wiscon. Wiscon is a feminist science fiction convention over Memorial Day. After years of practice and mindful attention, I’ve gotten to the elite status of “Drop-in moderator”. If a panel doesn’t have a moderator, the organizers may tap me to run it, whether or not I know anything about the subject, because the skillset remains the same. And the panels are 75 minutes long. And the topics are usually pretty intense. Anyway, it makes running an hour-long panel with professionals a lot less intimidating.

Finding a panel moderator is tricky — you want someone who has enough expertise to ask good questions, but not so invested that they will try to insert themselves in the conversation. You want someone who has the natural or institutional authority to shut down a panel member who is cutting others off or being rude. It may be easier to grow your own moderators than try to source them. Online panels have the additional difficulty of missing all the non-verbal queues that tell us when someone wants to interject or disagree.

Here’s what I do as a panel moderator:

I thought this would be less of an issue in the post-covid world, but it turns out it’s still important. Banner is the casual, interstitial conversation that happens when we’re moving on to the next thing, and it’s worth practicing when you get a chance, because t’s another tool to feel more comfortable using your voice. 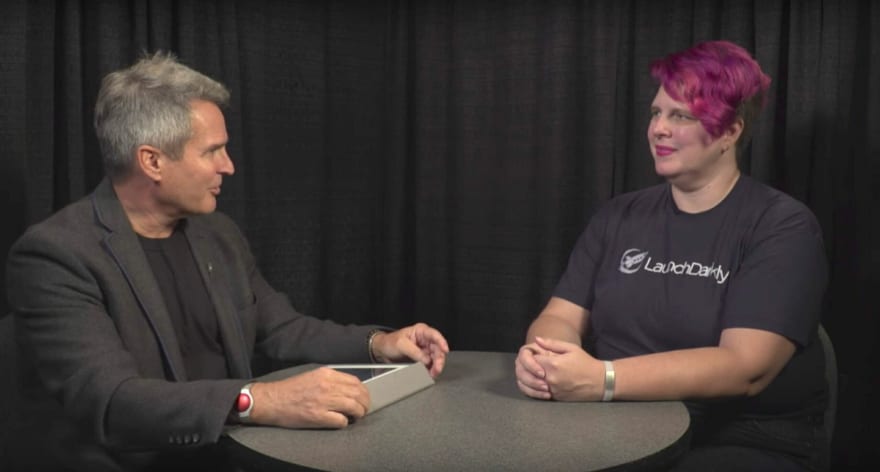 Here are the things I try to remember

Now, more than ever, we need to hone some skills that were once something only conference runners had to worry about, but now all of us are helping conferences, participating in meetups online, and we can’t just sit in the back row. People who step up to volunteer for these roles when asked will get a lot of practice at poise, patience, and authority, and that’s never going to end badly.