I thought about not blogging about this, because it’s a problem of privilege – “my diamond slippers don’t fit”. But it’s still a problem, and I’m not the only one who encounters it. I’ve talked to some conference organizers and other speakers, and I’ve tried to put together a set of guidelines for the least awkward way to handle this.

Here’s a quick flowchart of the process: 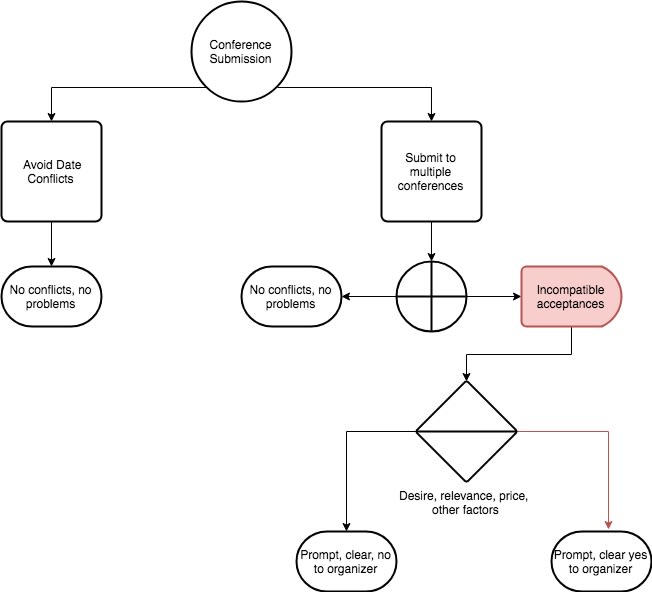 Breaking this down into guidelines, it goes like this:

This whole set of actions is predicated on you trusting the conference organizer and wanting to speak at the conference. There is a different, and more complicated set of problems if the conference itself is the problem, as outlined in Coraline’s post about OSCON. I’m still working on getting my head around that, and the stupid programming moves Worldcon 2018 attempted and then walked back.