I originally wrote this up as an internal blog post, but I think it may be useful for other people, too, so I’ve cleaned it up a bit and taken out most of the proprietary stuff, and added some explanations. I had never in my life done boothwork before this job, so I was surprised to find I had so many opinions, but if you’re going to do something, you might as well do it well.

I wanted to start a place where we could keep resources about how to be the best booth person you can be for Your Company, and what that means.

I like to wait until people slow down and make eye contact with either me or the booth. Then I say, “Hi, can I answer any questions for you?”. Usually you’ll get one of the following: 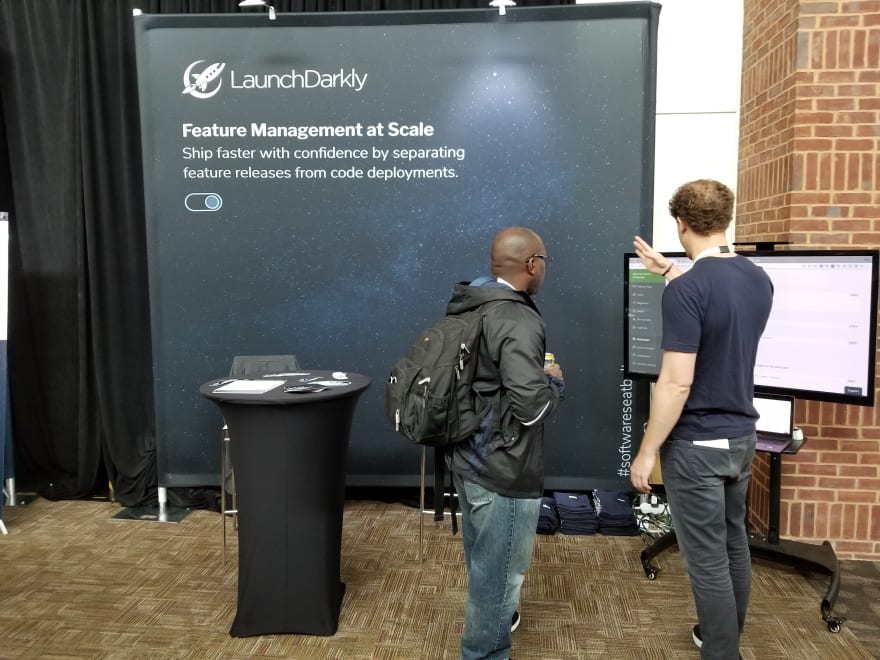 If you’re bored, and it’s slow, you can leave one person on the booth and the other person can go take a tour of other people’s booths and listen to their pitches. It’s remarkably educational. Just keep an eye on your partner and be sure to be back by the next scheduled rush. When you introduce yourself to another sponsor, make it clear that you’re not anyone worth pitching to, and if they want to scan you, you can ask that they mark you no-contact. Odds are, if you’re working a booth, you’re probably not buying software for your company – different roles.

Remember to make eye contact and talk to women. They are often overlooked or elbowed out in conference crowds, and they can be very influential in purchasing decisions. If someone shows up with several co-workers to show off the booth, remember to speak to all of them, not just the champion.

When someone comes up to say they’re a customer, or were a customer, thank them! They’re making the effort to say we make their lives enough better that they’ll stop and talk to us. You don’t have to scan them, but you can, or you can keep a tally sheet of who does this, just because it’s such a great feeling, and we should share it with other people at the company. I think a tally sheet might have a row for Company name, and columns for “Love the product” “Love the design” “Miss using you” “Changed my life”. Or maybe that’s too much.

HOWEVER, if they’re a current customer and they have a question – tell them they can write support, but also either scan them or make a note. There’s some reason they haven’t contacted support already – they didn’t know it was there, or they don’t know how to frame their question, or they think it’s their fault for not understanding something. If it’s something you can answer right away, like a UI question, answer it! Otherwise, make sure support knows how to find them.

I try not to scan someone until they’ve made it past the first question and asked me a follow-up question. Number of leads is important, but it’s more important that they be leads with actual value. If it’s just someone who has no interest, why put them in the funnel?

Ask before you scan. It’s a bad experience to have your personal data taken without permission.

Scan everyone in a group, if they come together. You can never tell who the champion is going to be.

If you have any time at all, rate the lead on warmth or add any pertinent info. That can include where they’ve heard of us before (Edith’s podcast, Heidi’s talks, blogpost, etc) if they happen to offer it.

Make sure the scanner is charged overnight and at slow times.

If we have to use our phones as scanners, try not to leave it lying on the table. No one wants their phone stolen, especially since it probably has a bunch of proprietary information on it.

Your booth manager will take care of most of the initial setup, including making sure there’s a monitor. Double-check that the monitor and the computer don’t look grungy. A clean monitor makes us look better.

Until we have a computer that exists just to go to shows, the demo is usually run off the computer of someone working the booth. I suggest you open the following tabs:

You’ll also have a bunch of stickers and material, which is covered in Stuff. 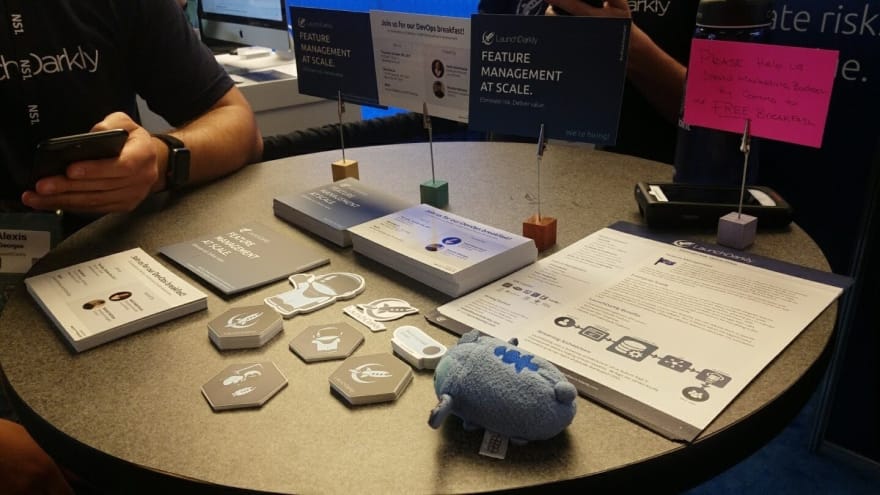 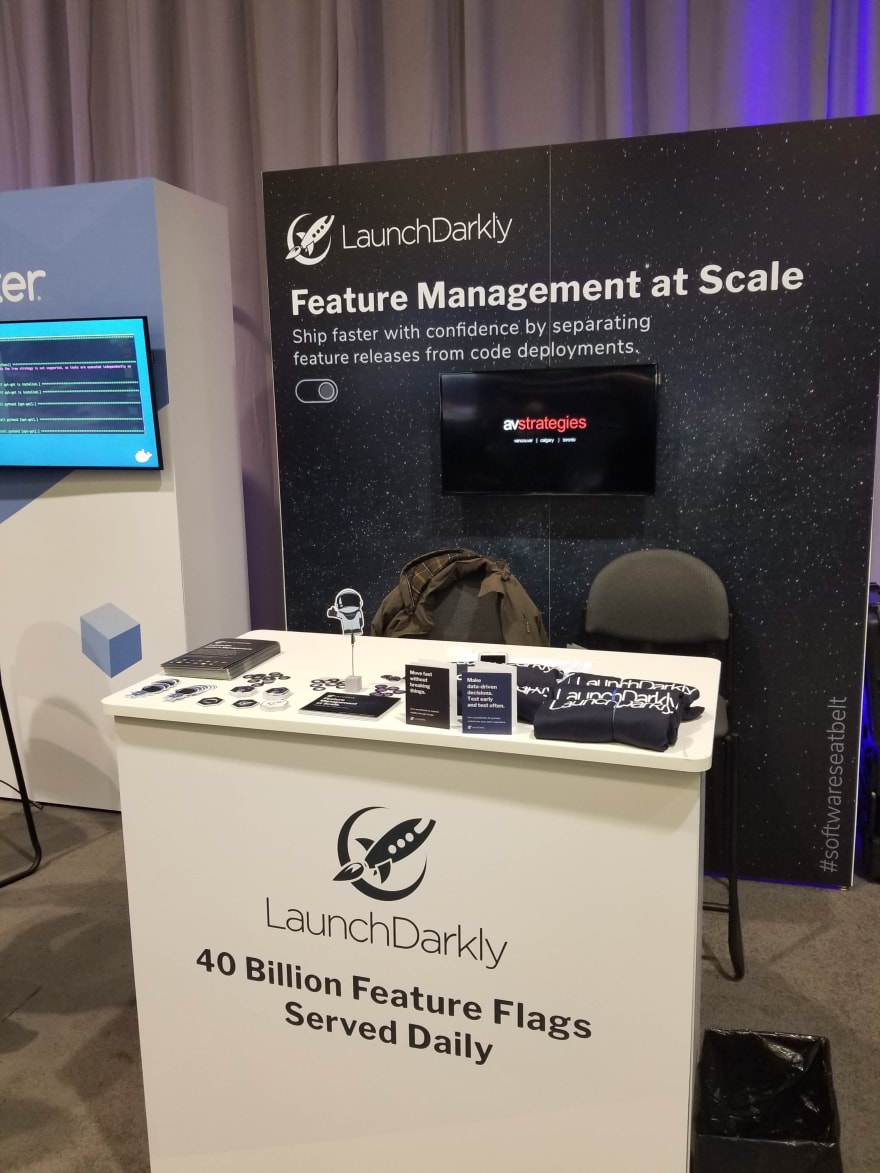 NOTE: This is very LaunchDarkly-specific, but I’m leaving it in as an example of how to write about the things that you want to happen at your table.

We have sent you a bunch of stuff in the Pelikan cases that hold the booth supplies. Depending on how big the conference is, and how many we have going on, you’re going to have: 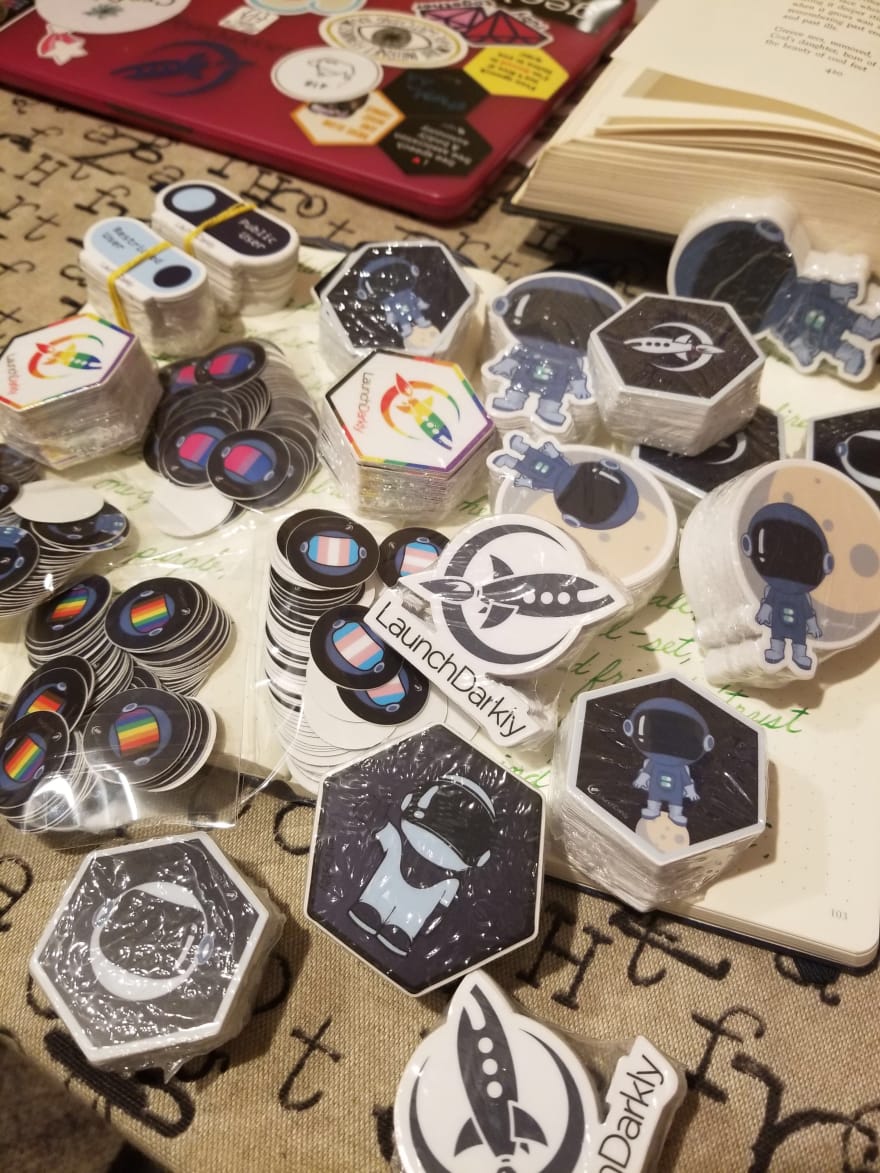 - Stickers! There are three types of stickers:

- Die-cut – these are the ones that are irregular shapes, like Toggle and the rocketship logo. Put out 10 or so at a time of each type, and either stack them neatly or fan them out.

- Hexes – Put out one of each type abutting each other to show that they work together, and then have stacks of ~20 or so spaced out behind that display. Don’t try to stack stickers more than 20 high, they’ll just get knocked over all the time, but people need to be able to get their fingers around each one, so you can’t stack them up touching.

- Minis – these are tiny 1-inch circles. It is impossible to get them stacked neatly, so I usually just have them in individual piles. NOTE: Each of the flags means something different and it is helpful for all of us, and for re-ordering if you keep the types separate as much as possible – don’t just sweep them all off the table at the end, put them back into individual baggies. The minis come in the following types: 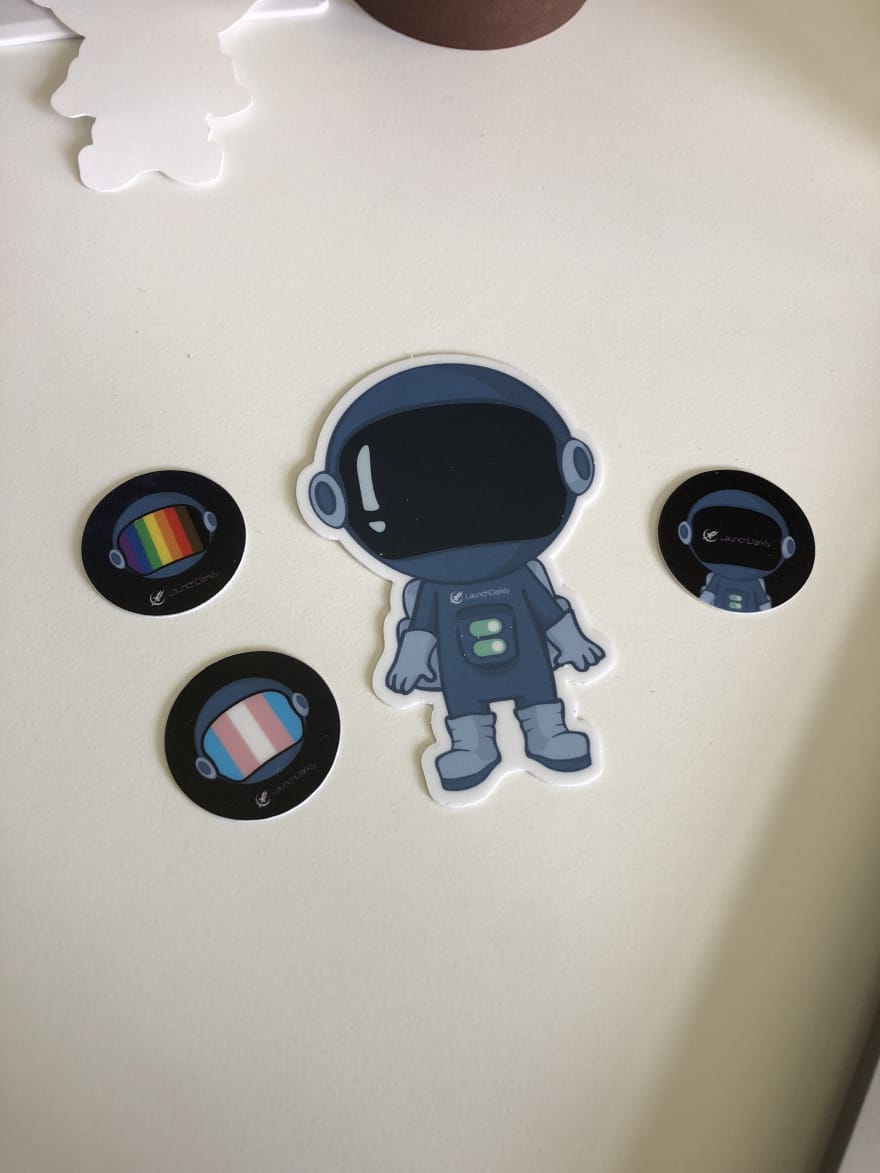 The thing with all of this stuff that we send along to the conference is that it costs money. The stickers cost up to 50 cents apiece. So if we don’t give it out, we want to make sure that it survives to the next show. If we toss everything back into the case, and the case gets treated in the way of all luggage, we’re going to waste a lot of money on stickers and brochures that end up damaged and unusable. So I know you are so ready to get out of there once the show is over, but please make an effort to stow things safely.

This may seem like overthinking, but the money, time, and opportunity cost that a booth represents is pretty immense, so it’s worth it to think through what you want to have happen before you get there. Talk to your peers about what has worked for them. Walk the show floor and see what seems like a good idea. I have a whole album of pictures that I share with my design and marketing team so we keep up with what’s current and trending. If you don’t do that, you end up with a booth design that makes people strangely nostalgic for grunge music and clove cigarettes and AOL CDs, and that’s not the goal.

Mostly, though, you’re here at a booth because you have an awesome product that can actually improve people’s day, and if they want to hear about it, you want to tell them, and honestly, that feels pretty great. Go, do good work, and hide your coffee cups!