I’m grateful when I have these to refer to, and I find them intimidating to write, but hey, it’s still January!

I got a drawing of my talk! How cool is that?
Choose Your Own Deployment Adventure, 30 minutes
Devil’s DevOps Ignite, 5 minutes

Also, I went to my first Broadway show (Come From Away).

I turned around in less than a day and left for the sunny beaches of Sydney, to attend LinuxConf Australia. 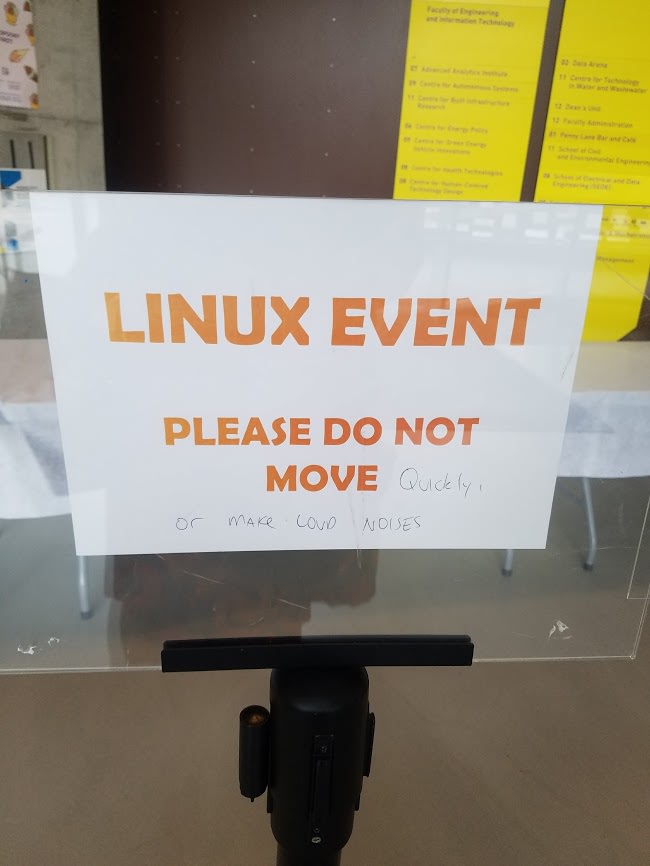 I also went to the Maritime Museum and the Botanical Gardens. It was a lot warmer than Minnesota in January. I visited our customers at Atlassian, and I threw a meetup.

The Botanical Gardens were huge and lush

I went to see some friends in Melbourne, and went bushwalking and to Fern Gully, and did the Fitzroy walking tour and bought fabric. Hosted another meetup.

Home for a week, and then off to PyCaribbean! 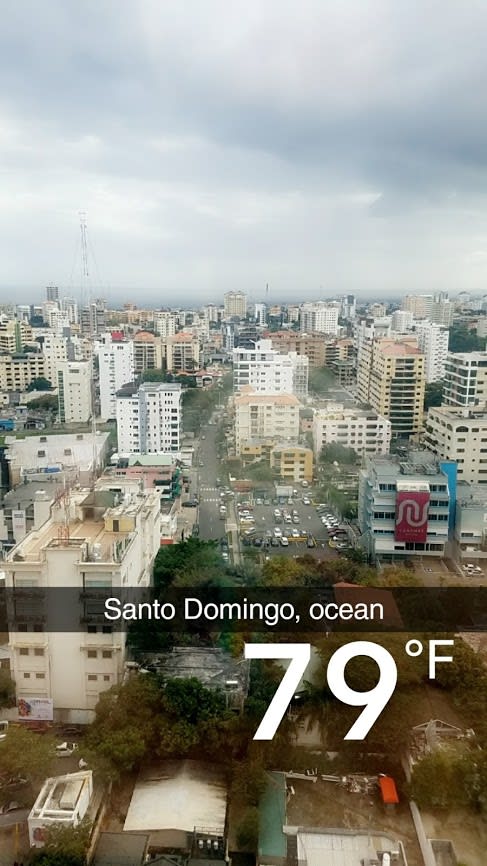 At this point in Minnesota, it was, well, winter.
Choose Your Own Deployment Adventure, 30 minutes

I went home, executed another quick turnaround, and headed to the Bay Area for IndexConf and a meetup at Sentry and a wave at the home office.

The Spirit in the System: How We Can Reduce Risk by Embracing Failure

A few days at home and then off to New York for Software Architecture!

I gave my talk “Y2K and Other Disappointing Disasters”

Zip to Austin for The Lead Developer. By this time I had completely lost my voice and delivered my whole talk in a creepy whisper!

The Death of Data: Retention, Rot, and Risk. 26 minutes

The speaker gifts were edible! A+. (not pictured, but appreciated, the cold care kit delivered to my room)

Next-day turnaround to go to Seattle for a Microsoft MVP meetup and presentation. I lost my phone! It was very unnerving.

March really got started by me getting to speak at a hometown conference – Midwest PHP. I even got to go to my kid’s Quiz Bowl match! I also got to go to the Minneapolis DevOps meetup this month.

I gave the Y2K talk again, but there’s no recording.

DevOpsDays Baltimore experienced tribulations, but managed to, on no notice, move their whole conference by a day. It was an impressive feat! And I got to debut a new talk!

There was a lot of snow here, and then there wasn’t.

When I got home, I got to do some speaker mentoring AND eat ice cream, so that was a good day.

I spoke at the NDC Minnesota pre-conference teaser, which was interesting, and it was cool to get to wander around the Xcel.

Fear of the Bus. 20 minutes

I started off April by going out to Oakland for a team event (baseball) and the team after event (tiki drinks). Then I went to Cisco DevNetCreate at the Computer History Museum, which was super cool. I gave an interview, a talk, and two workshops, which is a lot.

Choose Your Own Deployment Adventure
Interview with The Cube

I zipped across the country to DrupalCon to give (and get recorded), my talk about kids and internet security. Then I eyed up the weather report and left Nashville early to beat the blizzard home.

The branding on this conference was magnificent

I shoveled out in time to go to Pittsburgh for RailsConf, which was FABULOUS, and to give a workshop at Google. I got to have dinner with the >Code people!

I think the Pittsburgh conference center is one of the most beautiful in the country.

I flew through Minneapolis, and waved, on my way to DevOpsDays Vancouver.

The Devil’s DevOps Ignite
Y2K and Other Disappointing Disasters. 26 minutes

Vancouver is very lovely in the spring

Came home and went to Minnewebcon, and then left again for Seattle to do a Write the Docs meetup and DevOpsDays Seattle. I also went out to my parent’s place to clean out their rain monitor. This is my role in life.

Made a quick stop in Oakland to see the team, take high tea at Lovejoy’s, and bug npm for stickers.

Write the Docs! One of my first conferences, and I love it so much. Portland is lovely in May.

I didn’t linger, though, because I needed to get back home to NDC Minnesota.

The Death of Data. 44 minutes

After a quiet week, it was off to Chicago for ChefConf.

Y2K and Other Disappointing Disasters

Right after that, I took the Badger Bus to Madison for Wiscon, a feminist science fiction convention, which is exactly as nerdy and wonderful as it sounds.

The last stop of May was DevOpsDays Toronto.

It’s so cool when I get art of my talks!

The first stop of June was LaunchDarkly HQ to crush down on our Feature Flag book for a day.

I was actually around for my 20th college reunion!

I took these off, mostly. I stayed home, my wife went on vacation. I went on a lot of bike rides and organized some closets, and napped a lot. I went on local bike tours.

It was a million degrees this day, and it was fabulous.

In mid-July I went to DevOpsDays Minneapolis.

In late July, I spoke at DevOpsDays Indianapolis.

Nationwide talks about their DevOps journey

No video, sorry. But I did the Choose Your Own Deployment talk and the Devil’s DevOps Ignite.

We went up to the family cabin. There were cousins, and mosquitos, and wine coolers, and hammocks.

Dispute rages about what is burnable.

I got back on the road in mid-August. First I went to touch base with everyone in Oakland, then I went to Irving, Texas, to speak at an internal Verizon event.

Yup. It was Texas alright.

From there I went back to San Francisco to attend ReDeploy! (It was amazing.)

Next up was Write the Docs Cincinnati! It was a fabulous time and I got to take the Underground Cincinnati tour! I don’t have video, but I do have slides+speaker notes for you, since it’s a one-off.

The Man Behind The Curtain: White-labeling, automated generation, and the new variable

Cincinnati murals were on. point.

Straight back to MSP, and from the airport to the DevOps meetup.

I went to the Minnesota State Fair, which I love, unironically.

Over the sea to Amsterdam, and from there by train to Dusseldorf, for SRECon EMEA. Do not ask me about the reverse process. Suburban Germany is full of people willing to help the hapless, which is good.

Unicorns are the patron animal of capacity planning. Everyone knows that.

I did get most of a day in Amsterdam, though, which was glorious, and I want to go back!

Back home for September, and the start of school.

Mid-September, back to Oakland, then Portland for DevOpsDays Portland.

Disaster Resilience the Waffle House Way. 31 minutes
Stick it to ME? The Sticker Ignite

Made time to see my parents, a really great production of Richard III, and then my bag and ipad and TO-DO LIST got stolen, so that was a bummer.

Home again, and to the MSP DevOps meetup.

Went out to Boston for DevOpsDays Boston a day early for my sister’s birthday. She was surprised!

Tinkertoys, microservices, and feature management: How to build for the future. 27 minutes

The Cyclorama, in Boston.

Home for a few days and then Velocity New York! I also had a great Equalit-tea, a client lunch, and a great adventure in the garment district.

The shop dog at Mood Fabric

I gave the Waffle House talk!

Home again, for a bit, and I got to go on one of the prettiest rides of the year, the Mankato River Ramble.

Every Scar A Story: A Talk About History

For my birthday mid-month, I went to DevOpsDays Hartford and did a new story!

A couple days at home, and I went to DevOps Enterprise Summit in Vegas. Truly a standout event. Even though I hate Vegas in general.

In late October, I packed my bags for the longest (I think) trip of my year. First to London, for O’Reilly’s Velocity and Software Architecture.

No videos, but I did All The World’s A Staging Server (new), and The Death of Data.

All The World’s A Staging Server – Slides

Right next to the conference hotel

I took a couple days to appreciate historic Bath, and then DevRelCon and then API the Docs.

Yes, this is that building you see in all those historical movies.

Looking out over Westminster from the conference venue

I spent Bonfire Night in a warm open-air pool with a view of the fireworks in all directions.

I took Eurostar from London to Paris, and promptly got pickpocketed in the Paris Metro on my way to the TGV. Very authentic! I made it to Bordeaux, but it was a bit stressful. In Bordeaux, I got to do an onsite visit and training with a customer!

Glamping in Bordeaux. Just out of frame, the adorable but poorly-vented wood stove and the more practical electric heater.

After that, it was off to Marseille, for DevOps D-Day and one of the most invigorating cab rides I’ve ever been on. The conference was great! It was super interesting to get that experience of not being the dominant language.

Everything is a Little Bit Broken ~or~ The Illusion of Control

Looking down from the Basilique Notre-Dame de la Garde. One of those islands is Ile d’If, from Man in the Iron Mask!

I flew back from Marseille to Paris, but there was weather, and I missed my connection home, so I stayed in Paris a night. Did I do anything exciting? The heck I did. I stayed in and went to bed early.

Megan (my wife) and I went to the Tech Leader Summit in Clearwater Beach. I have never had such a hard time paying attention to a talk I was giving as when there are beautiful white sands right outside the window. It was a fabulous location. I gave 3 talks.

We came back, and I put on some less Florida clothes and went to Seattle for KubeCon. I didn’t make it to any programming, but the experience of talking to everyone was amazingly great.

The vaguely nautical theme embraced by the Kubernetes community is charming.

I popped down for one last meeting in Oakland, which meant I got to actually see the end of a Moonshots week. That was cool. I taught another workshop, this time at Google HQ.

Home for the rest of the year on December 18.

Screaming in the Cloud: Episode 1: Feature Flags with Heidi Waterhouse of LaunchDarkly

Keep posted on our events!

Mistakes to Avoid When Backing Up Your VMware