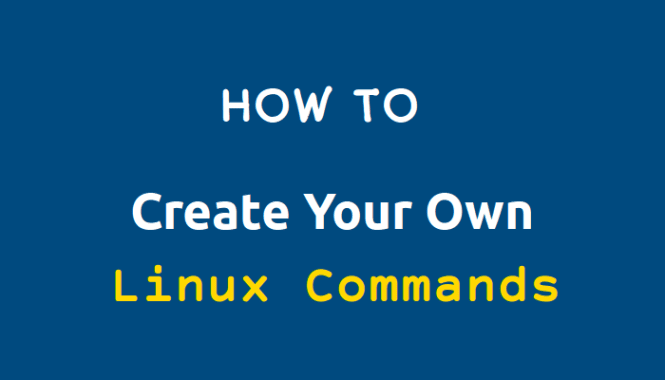 Who does not like to have the power to create things? Among many powers, Linux gives you the ability to create commands; or wrap default Linux commands in any new command of your choice.

Actually you will not be creating new commands (like “cat”, “ls” or “touch” ) that could be used on any Linux distribution (distro) out there. Far from it. \ **Winks*. Instead you can create some command aliases (or you could say alternate commands) on your local system for personal use – using the Linux **alias* command.

Without much ado lets dive right in.

Add a file called “.bash_aliases” (create if it doesn’t exist) in your home directory (/user/home).

Then add any command alias (alternate commands) you want in the general form:

and then save the file.

Where the “actual_command” is the command to be executed when when the “command_alias” (the new name you have given it) is typed into the command-line.

>> If the “.bash_aliases” file does not exist create it:

>> Add the “ sudo /etc/init.d/apache2 start” command as an alias in the file:

You can add as many aliases as you wish/need in the file.

Try your hands on a few aliases to see for yourself!!!

The post How to Create Your Own Linux Commands appeared first on Foss Naija.

How is serverless computing going to change the cloud landscape?

Once unpublished, this post will become invisible to the public and only accessible to Alexander Wayne Omorokunwa .