When should you npm init?

Most developers run npm init right after creating and navigating into a new project.

It makes sense to npm init at the start of the project because we use npm to download dependencies. Once we npm init, we can begin downloading (and saving) our dependencies.

For most projects, this workflow works.

But if you're creating an open source project, the best time to npm init is slightly later. If you npm init right after creating and navigating into the project, you'll miss out a few things.

The best time to npm init

The best time to npm init (for an open source project) is after you added a Git remote to your project. In other words, you should only npm init after you have completed the following commands:

If you npm init after you have added a Git remote, npm will generate three extra things in your package.json files. They are:

These three properties will be displayed as metadata on the right side of the project's npm page. 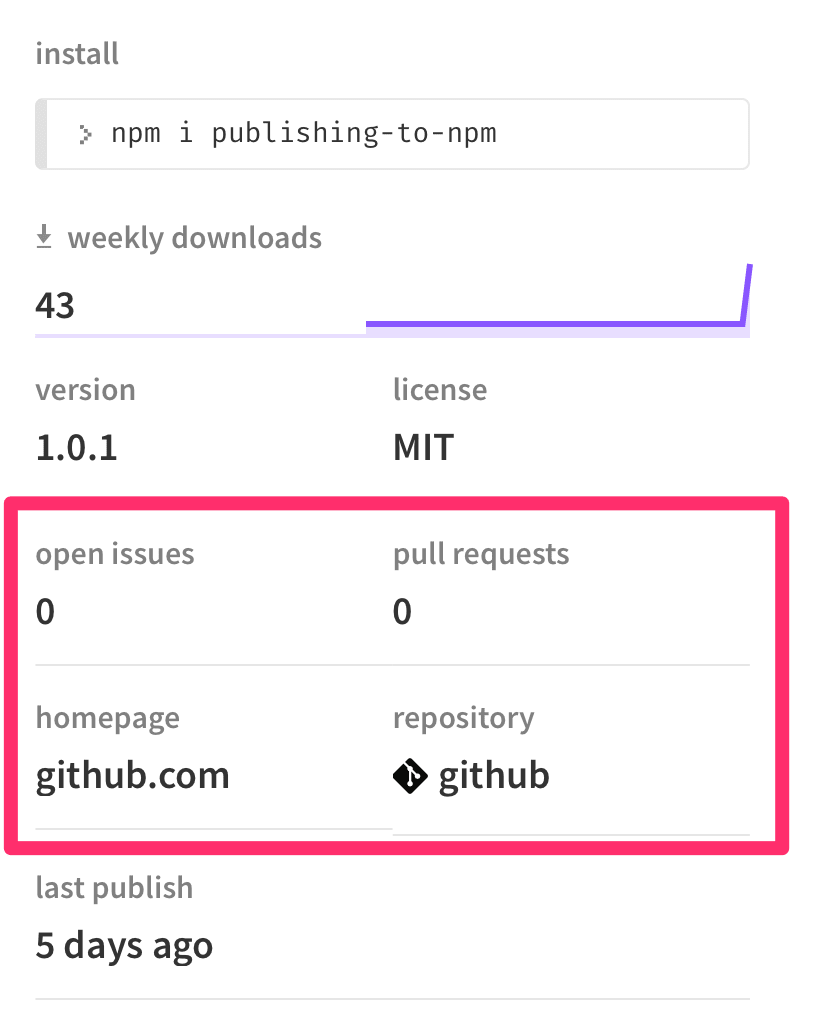 These metadata are links. They let people move to your project's Github page easily from the npm page. You'll want these links for better discoverability.

The second best time to npm init is now. If you run npm init now, it will generate the three properties I mentioned above.

The best time to npm init is after you've added a Git remote to your project. The second best time? Anytime!

Request for Node.js has been deprecated

How to build a static website without frameworks using npm scripts