This is the first of a series of articles providing insights on choosing 3rd party libraries.

There are caveats and pitfalls to be aware of which may have a huge impact on your application, such as complete code rewrites, resource usage, etc.

Such caveats might have overlooked, not stated on the documentation, or hidden somewhere in the issues list.

Hence, one has to do their due diligence when choosing 3rd party libraries and study their ABCs (architecture, behavior and codes) before using them.

Some of actions to take before on-boarding a library are:

"Hidden" performance issues. On the surface the library may look to be working well.

However, it may be written in a way that can cause usability problems in poor network environment, as we shall see...

Here we look at a feature rich phone number input library vue-phone-number-input and its demo site. NOTE: A few other Javascript country flag selection libraries has the same caveat too! 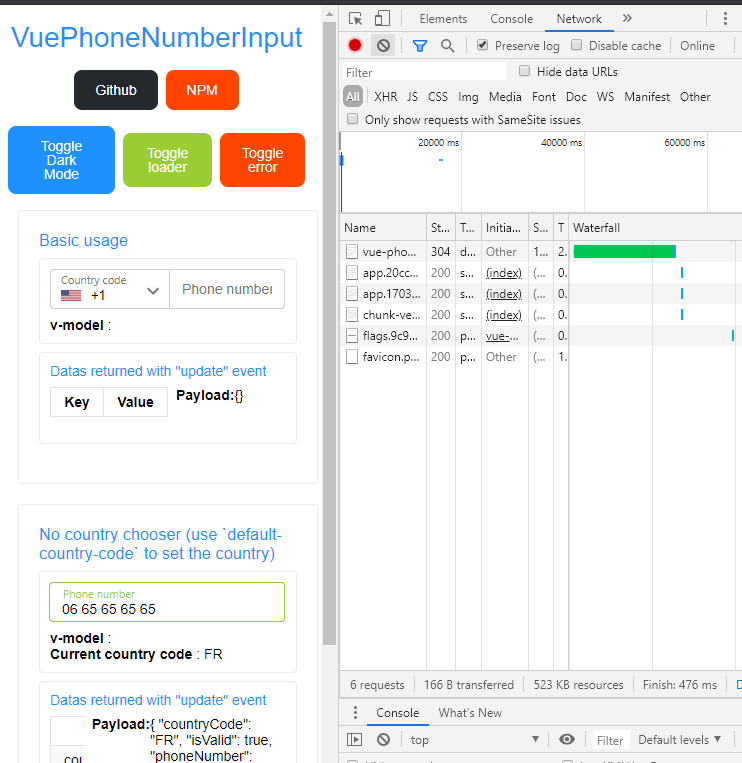 The initial load looks alright, with only a few requests fired.

When you click the country dropdown with flag, you see many HTTP requests (refer to image below). There are about 240 of them, each of them representing a country flag.

This can be a problem on slow or intermittent networks. Also seeing 240 requests being made on a single click just does not look professional. 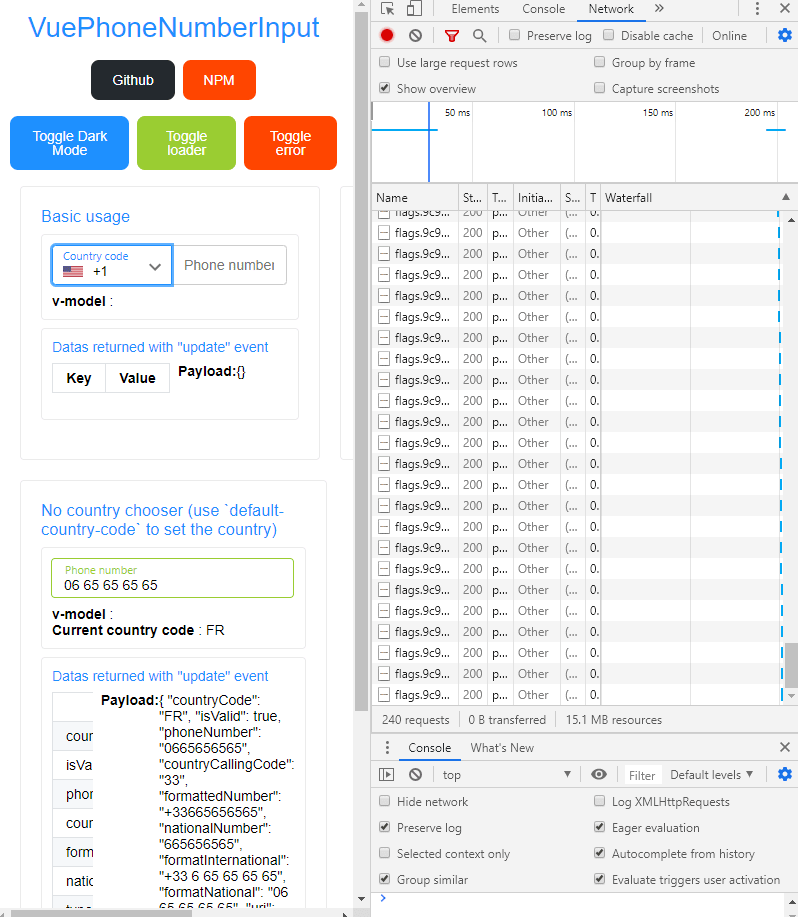 Thank you for taking you time to read this article. Hope it has provided you some useful insights.

Solving day 04 of Advent of Code 2022 in JavaScript

Learn ECMAScript 6 from Beginner to advanced 🚀

Once unpublished, this post will become invisible to the public and only accessible to Aaron Gong.

Thanks for keeping DEV Community 👩‍💻👨‍💻 safe. Here is what you can do to flag zenika:

Unflagging zenika will restore default visibility to their posts.