— Why are some teams more productive than others?

— Why do some people regularly overwork and eventually burn out?

— How to create an environment where people feel safe to have ups and downs while striving for perfection? 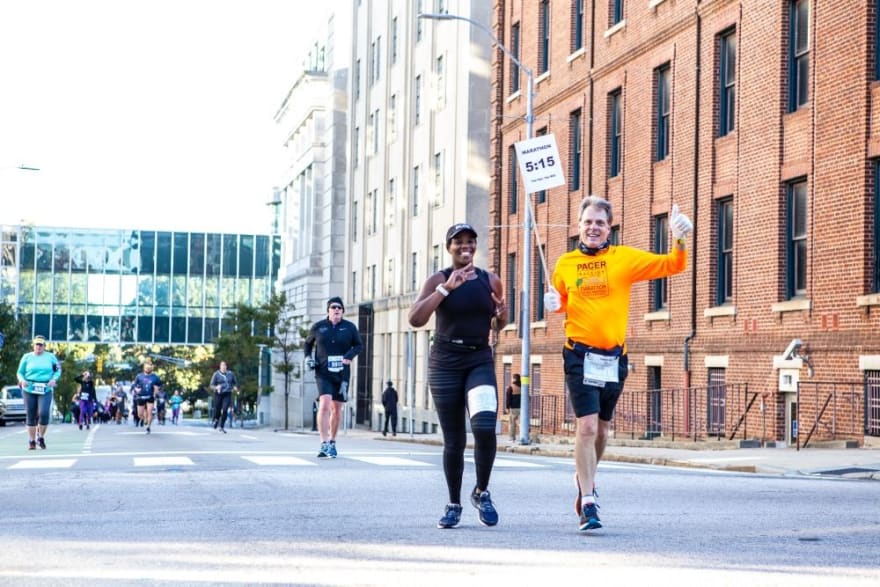 During the next few weeks, I’ll be writing about pacers (= pacemakers) — people, who can impact the performance of teams and companies by just speeding up or slowing down. This article is the first one that briefly touches the concept — the more practical stuff will follow soon after.

Let’s jump straight to the point and start with a short Q&A: 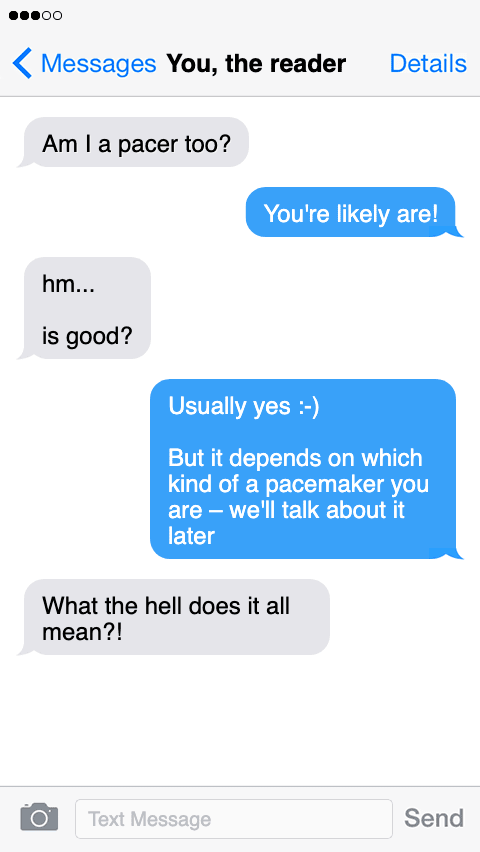 It starts with running

Have you met Eddy, my imaginary friend, who is about to run his first marathon? 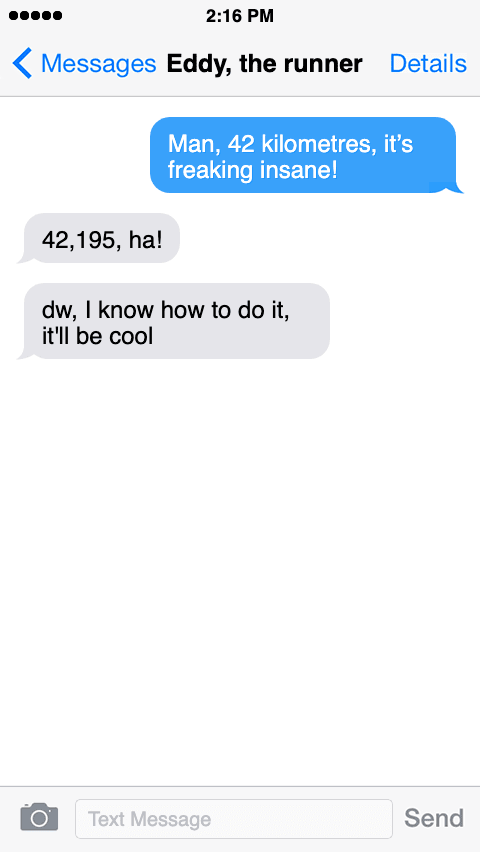 As pretty much any work, it’s about knowing what you’re capable of, preparing a plan and following it until job is done.

It looks like Eddy can do all of it, can’t he? Let me ask him again short after the race: 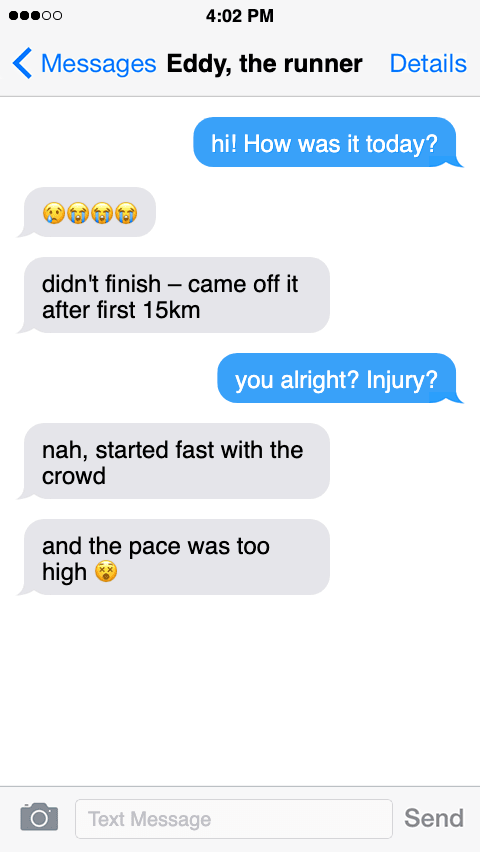 Following the plan can be challenging when the environment doesn’t support you. It’s hard to maintain your own pace when yet another grandma outruns you with no visible effort.

You know that you have to follow your pace, but it's easier said than done.

Luckily, Eddy has one more chance in several weeks — would he learn anything from the recent failure? 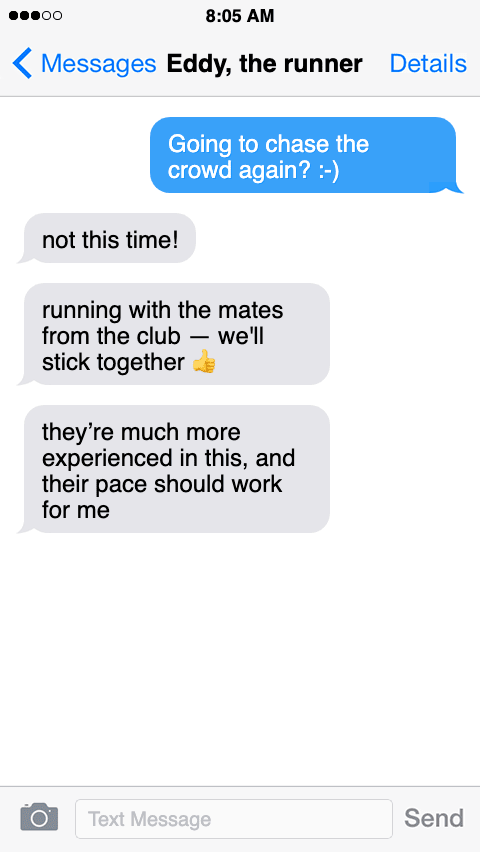 That’s quite an improvement — instead of chasing people whose abilities and strategies are unknown, he will run together with his friends.

They will play the role of his pacers — people whose job is to be a benchmark for others.

Let’s find out if it was better this time. 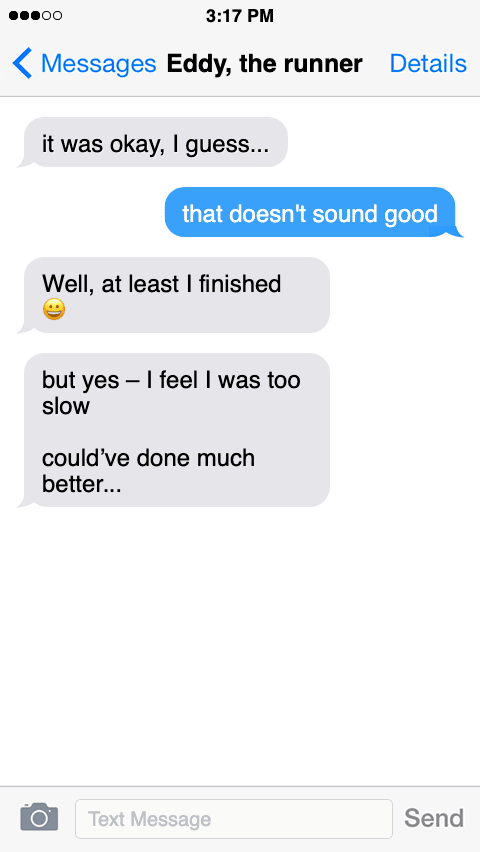 Eddy managed to slow down and had enough energy to finish the race, but the pacers weren’t running fast enough for him to show the best performance.

What’s about your best performance?

Look at your team

Both issues frequently happen around us:

Found yourself in one of those situations? Feel that somebody from your team can experience it too?

You can improve it.

Pacing issues may sound too hard to address, especially when you’re an engineer and who seem to have no power over the situation. But there are still several important things you can do:

All of these will require better coverage, and I’ll do it in the following parts. Here is the rough plan for the next articles:

As always, if you like the topic and want to talk about it, ping me on Twitter or by email.

And subscribe to "Resilient Systems" to get new posts sooner than anywhere else.

Evgenii Ponomarev
Blogging about long-living systems. Football (where they play with ⚽️) fan. All opinions belong to me, my wife and my cat
Keeping meetings on track
#management #agile #leadership #beginners
What to do if you're a bottleneck
#productivity #leadership #teamwork
The Story About a Smart Boss
#career #watercooler

Once suspended, _elergy_ will not be able to comment or publish posts until their suspension is removed.

Once unsuspended, _elergy_ will be able to comment and publish posts again.

Once unpublished, all posts by _elergy_ will become hidden and only accessible to themselves.

If _elergy_ is not suspended, they can still re-publish their posts from their dashboard.

Once unpublished, this post will become invisible to the public and only accessible to Evgenii Ponomarev.

Thanks for keeping DEV Community 👩‍💻👨‍💻 safe. Here is what you can do to flag _elergy_:

Unflagging _elergy_ will restore default visibility to their posts.