It's only the 2nd of January and I'm already starting my Year In Review post?! It wasn't until the 8th of January that I did my 2018 one.

Career-wise, 2019 has been a pretty massive year for me. I started it off by taking a job at Microsoft which has been a roller coaster ride. I'm nearly 12 months in, so I'll update my 6 month's at Microsoft when I hit that next milestone.

By the numbers it's not surprised that I was so exhausted by the end of the year, I gave 6 conference talks (and another dozen or so user group talks), wrote 58 articles, took 11 trips over 2 countries with a total of just shy of 73,000km travelled.

If I was to summarise what I did in 2019 it would be blogging. I spent a lot of time blogging this year, producing 58 new articles!

One of the goals I had on how I would blog this year was to look at doing more series-based blogs over lots of standalone pieces of content. I created a series on learning WebAssembly with Golang, dabbled with IoT, started diving into IL and looked at monitoring SPA's. I find series a great way to explore an idea in a really deep way as you can focus each post on a single piece of the solution.

I also started syndicating my content here on DEV as an experiment on extending my reach, which may come as a surprise if you've read my previous writings around content ownership. It's nearly 12 months into the experiment and I think I have some insights out of it.

I was rejected a lot in 2019 from conferences but I still got to a number of events and was able to get a good amount of value out of them (plus do more than enough travel for the year!). The negative to this was that I was unable to get to some of the user groups that I was previously a frequent attendee at, so I started to disengage with some communities. My hope is that in 2020 I'll be able to better prioritise my time and get back to some of these events.

If you've ever headed over to my website, www.aaron-powell.com, you might notice that the design changed during the holidays. I decided that the design of my blog was a little tired and I wanted to update it. After shopping around the Hugo theme gallery I found one I quite liked and installed it, unfortunately it turned out to rely on around 10 jQuery plugins, some CSS frameworks and a bunch of other bloat that blew me away as to how heavy it was. So that led to this tweet.

Where are some good references on what are good baseline dimensions for content width, etc.?

Over the course of a few weeks in December I chipped away at a new theme for my website, inspired by themes I liked, that the CSS is written from entirely without a template. This is the first time I've done “from scratch” CSS in a long time and it's been an interesting experience. I know my site isn't 100% perfect so if you hit anything that's broken/ugly/etc. please log a bug on this GitHub repo.

I also created a little tool that'll generate images for sharing posts where the Open Graph Protocol is used so there's a pretty title card, rather than a huge photo of me like it use to show. You can learn how I did that here: 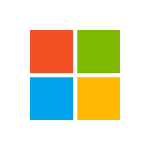 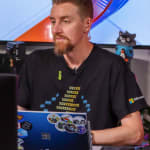 What am I hoping to achieve in 2020? Well to kick off the year I have a lot of travel lined up so my main goal is to not get divorced! 😆

Jokes aside, I'm going to be trying to focus more on some of my core technologies, JavaScript and .NET in particular. My hope is to get back into some of the Sydney tech communities and see how best I can support them in a number of different ways.

Hope to see you around some events!

329. Longest Increasing Path in a Matrix 🚀