In this article we are going to learn how to scaffold new angular application with clean and maintainable and extendable architecture in almost no time and what are the benefits of doing so, we will also discuss the most reusable services and feature specific components.

I am inspired by Tomas Trajan angular architecture blog. I am explaining same concepts with different examples and tools.

From last year I am learning angular and have been developed more 9 to 10 applications. So with that understanding pitching in these concepts.

this article brings all lessons learned in a distilled cleanup form you to cut down your learning curve and help you guys create angular project epic.

as of now(November 2020) the current angular version is 10.2.1and I would strongly recommend to create new apps using that version (or any latest versions) and start using goodies like IVY or --strict flag right from the beginning

As a coding enthusiast, always try to update angular to the latest version by running below command on your timeline.

First after installing angular cli, we have to generate fresh new Angular workspace and this can be achieved by running 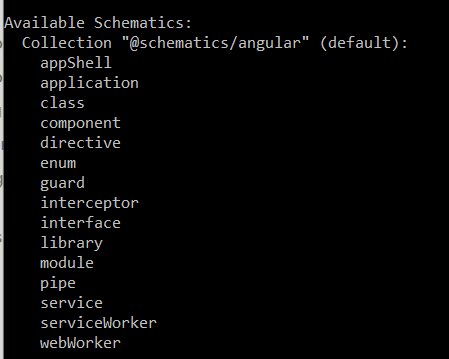 For styling we will use Angular material which comes with simple and elegant components!

Once finished we can start importing Angular material components in our app but more on that later.

Once installed, we can create .prettierrc file which allows to customize copule of formatting options as specified here. Sample configuration as shown below

For Angular, we can make prettier play nicely with tslint which is provided by AngularCLI,

to do that we can install tslint-config-prettier and add it in last item in the extends array filed in tslint.json file.

we can add npm script to package.json just to run the command to format code before checkin

add this piece of commands scripts section of package.json

once installed add following script in package.json in scripts section

Script do the following things

running both npm commands will open a new page which will show the amount of surface covered by each module. 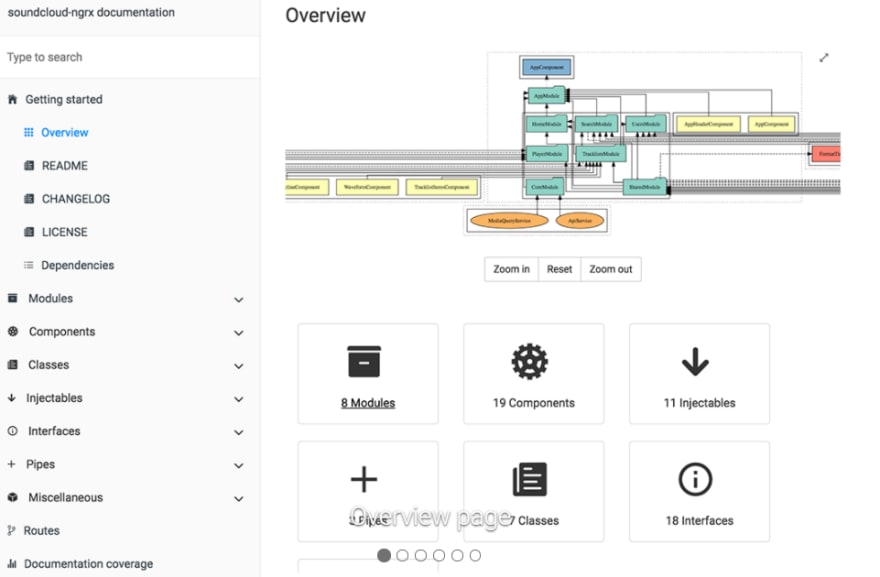 define a script task in your package.json

If everything went well then application must be running in http://localhost:4200

Cool our initial setup is done. We have a workspace with empty Angular application and we have added some cool tooling to improve our developer experience!

Lets organize code this way based on the functionality we implement.

We have two parts above :

Eager part which will be loaded from start(the main.js bundle).It will contain the AppModule with top-level routes and CoreModule with basic layout like navbar/main layout and all the core singleton services which will be used through out the application.

Lazy loaded part which will be loaded as a result of user navigation to these features. The lazy modules will also import shared module. Shared module consists of reusable components directives, pipes by all lazy modules hence which makes it a smaller bundle size and reasonable developer experience!

Great our architecture structure is finished ,now we can organize our code and start adding features based on functionality

We have created our angular application with extensible architecture in a very short time!

Please support this article and developer with your claps and sharing because it helps to spread wider audience. Follow me on medium and also other blogs to get updated on tech stuff.

Till the next article ba bye!!!

Get started with Vite, React and Typescript in <1 min