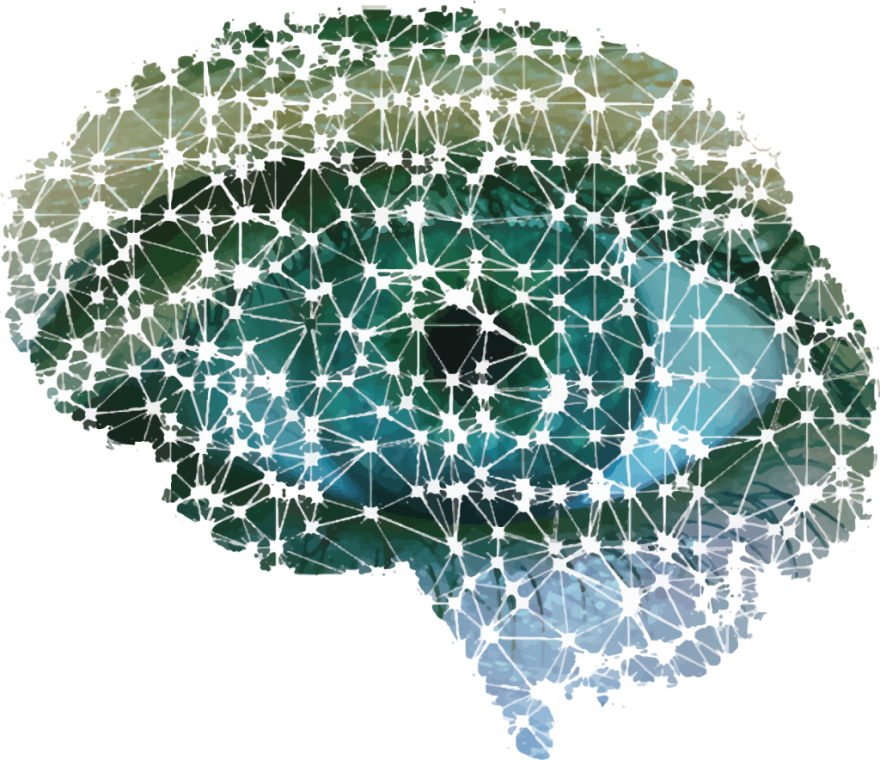 Deep learning is a subfield of Machine learning (ML) that is continuously changing the world around us.

From driverless cars to speech recognition, Deep learning is making everything possible. It has become a hot topic of Industry as well as academia and is affecting nearly all Industries related to ML and Artificial Intelligence (AI).

What is Deep learning?

“Deep learning (also known as deep structured learning or hierarchical learning) is part of a broader family of Machine learning methods based on learning data representations, as opposed to task-specific algorithms. Learning can be supervised, semi-supervised or unsupervised.”

Deep learning is inspired by human brain and how it perceives information through interaction of neurons.

So why “deep” learning? For starters, it requires extensive learning through a large interconnected network. As said by Jurgen Schmidhuber in his paper Deep Learning in Neural Networks: An Overview :

“At which problem depth does Shallow Learning end, and Deep Learning begin? Discussions with Deep learning experts have not yet yielded a conclusive response to this question. […], let me just define for the purposes of this overview: problems of depth > 10 require Very Deep Learning.”

The “deep" also refers to the hundreds of hidden layers of Artificial Neural Networks (ANN) used in Deep learning.

There are different types of ANNs for different scenarios which will be discussed later.

Why you should know about Deep learning

Nearly every industry is going to be affected by AI and ML and Deep learning play a big role in it.

No matter if you are in healthcare or legal, chances are you may get replaced by a highly autonomous robot one day.

Deep learning has improved significantly in terms of accuracy over the period of years and is still evolving. Understanding its nuances will help us all.

Intelligence is the ability to adapt to change.

Some of the wide applications of Deep learning are:

Self Driving cars : A self-driving car is the ultimate evolutionary goal of developing ADASes — Advanced Driver Assistance Systems, to the point when there’s nobody to assist anymore.

Visual tasks, including, but probably not limited to Lane detection, Pedestrian detection, and Road signs recognition, are solved with deep learning.

The importance of deep learning for autonomous driving systems can be illustrated by the fact that Nvidia maintains long-term relationships with car manufacturers, working on embedded and real-time operating systems designed exactly for these purposes. 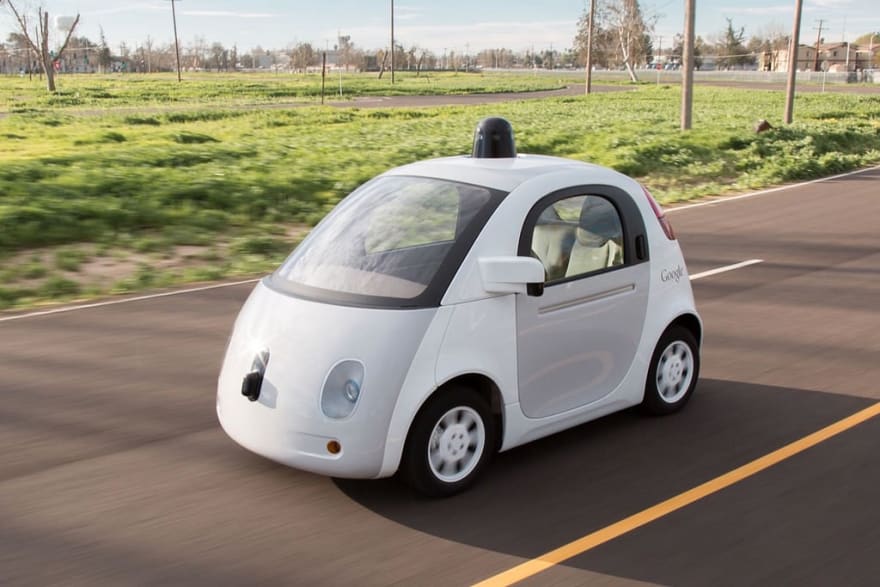 Humanoids : In a similar fashion, Deep learning is making interacting between robots and humans simpler day by day.

We already have personal agents like Alexa and Siri, that listen to our queries and answer intelligently.

The great advances in NLP and Image processing enabled by Deep learning are the reason behind such efficient interaction.

Looking at the rate of growth of Robotics and Deep learning, autonomous robots are not that far away. A good example being Sophia, a human-like robot by Hanson Robotics. 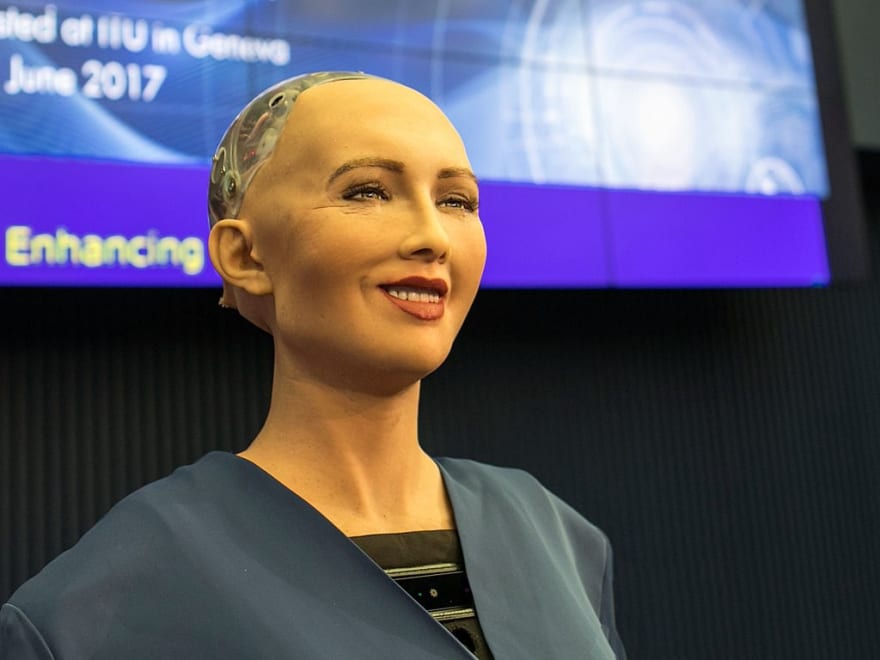 Healthcare : The adoption of Deep learning in healthcare is on the rise and solving a variety of problems for patients, hospitals and the healthcare industry overall.

Research has shown that Deep Neural Networks can be trained to produce radiological findings with high reliability by training from archives of millions of patient scans collected by healthcare systems.

These kinds of advancements will soon change the health and personal care scenario by replacing doctors with AI empowered expert systems and autonomous robot surgeons.

Space travel : As featured here , Steve Chien and Kiri Wagstaff of NASA’s Jet Propulsion Laboratory have predicted that in the future, the behavior of space probes will be governed by AI rather than human prompts from earth. Again the tremendous ability of Deep learning of finding patterns from raw data comes into play.

Already companies like SpaceX is using the power of AI for sending probes into space. Soon with the help of AI, humans may inhibit other planets!

This should be enough to give you an idea of the vast applications of Deep learning.

Unless you’re planning to head in the woods, sooner or later you’ll get to interact with DL in some manner.

Now let’s have a look at how it works!

Artificial Neural Network is a network of interconnected artificial neurons (or nodes) where each neuron represents an information processing unit.

These interconnected nodes pass information to each other mimicking the human brain.

The nodes interact with each other and share information. Each node takes input and performs some operation on it before passing it forward.

The operation is performed by what is called an Activation function (non-linearity). It converts the input into output which can be then used as input for other nodes. 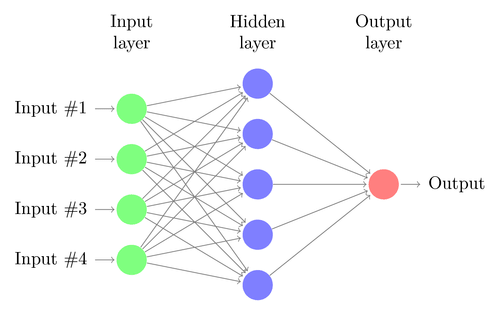 The links between nodes are mostly weighted. These weights are adjusted based on the performance of the network.

In a nutshell, an Artificial neuron takes input from other nodes and applies the activation function to the weighted sum of input (Transfer function) and then passes the output.

A threshold (called Bias) is added to the weighted sum to avoid passing no (zero) output.

How are Neural Networks used for Deep learning

For Deep learning, several Neural Network layers (> 100) are connected in feedforward or feedback style to pass information to each other.

Feedforward: This is the simplest type of ANN. Here, the connections do not form a cycle and hence has no loops.

The input is directly fed to output (in a single direction ) through a series of weights. They are extensively used in pattern recognition.

This type of organization is referred as bottom-up or top-down.

Feedback (or recurrent): The connections in feedback network can move in both directions. The output derived from the network is fed back into the network to improve performance (loops).

These networks can become very complicated but are comparatively more powerful than feedforward. Feedback networks are dynamic and are extensively used for a lot of problems.

1) Multilayer Perceptrons: These are the most basic Neural Networks with feedforward networks. They generally use non-linear activation functions (like Tang or Relu) and compute the losses through Mean Square Error (MSE) or Logloss.

The loss is back propagated to adjust the weights and make the model more accurate.

In particular, unlike a regular Neural Network, the layers of a ConvNet have neurons arranged in 3 dimensions: width, height, depth.

3) Recurrent Neural Networks: RNNs are also a feedforward network, however with recurrent memory loops which take the input from the previous and/or same layers (backpropagation).

Here connections form a directed graph along a graph. This gives them a unique capability to model along the time dimension and arbitrary sequence of events and inputs.

In simpler terms, for any given instant, the network maintains a memory up till that moment and therefore can predict the next action.

Most common types of RNN model is Long Short Term Memory (LSTM) network. RNNs are used for next work prediction and grammar learning.

Read more about them here: Intro to RNN.

This post aimed at providing a brief introduction to the massive field of Deep learning.

I have skipped mathematical details of some of the concepts discussed to facilitate understanding. Thanks for reading!

Getting Started with Machine Learning

Easy ChatBot with Open-AI in JS

Once suspended, adityarohilla94 will not be able to comment or publish posts until their suspension is removed.

Once unsuspended, adityarohilla94 will be able to comment and publish posts again.

Once unpublished, all posts by adityarohilla94 will become hidden and only accessible to themselves.

If adityarohilla94 is not suspended, they can still re-publish their posts from their dashboard.

Once unpublished, this post will become invisible to the public and only accessible to Aditya Rohilla.

Thanks for keeping DEV Community 👩‍💻👨‍💻 safe. Here is what you can do to flag adityarohilla94:

Unflagging adityarohilla94 will restore default visibility to their posts.