there are lots of resources out there talking about extensions. here is one chart that contains every single layer and the relationships between them. 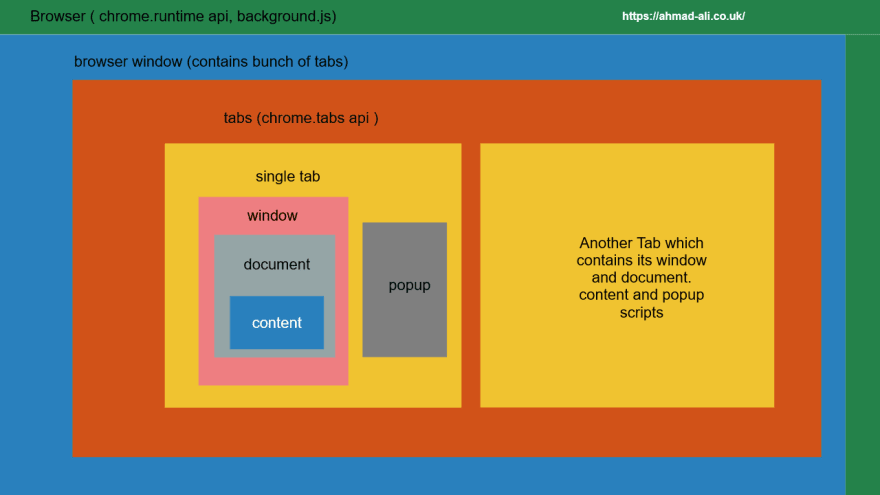 1. From everywhere to background scripts and vice versa:

you can use ** chrome.runtime.sendMessage()** or any other runtime events, you need an eventListener in the background, which in turn will handle the request and dispatch its response everywhere.

and in order to receive that message (or response) you need another eventListener on the other script listening to the runtime events.

you can use chrome.runtime API to exchange messages between the script you are in (popup or content) and the background using the chrome.runtime.sendMessage(), the background will send its response to everywhere.
in order to receive the message, you need to listen to it on the other script itself.
so:

second: create a connection between popup and content through the tab

you can use chrome.tabs API to create a connection between the popup and the content script using the chrome.tabs.connect() and then postMessage through the tab background.
in order to receive the message, you need to listen to it on the script itself.
so:

How to get randomly sorted recordsets in Strapi

How to use Preact with Astro