What to expect from this blog?

There are different types of computing models such as private cloud, public cloud, hybrid cloud, and multi-cloud. For me, private was the most confusing one, and it took me some time to understand it correctly. 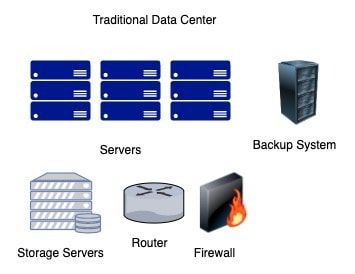 To overcome traditional data center challenges, the private cloud model comes to the rescue (though it has its own challenges, it helps better utilization of resources). And to better understand private cloud, let's see another popular term IaaS (Infrastructure as a Service).
To place it in a simple language, IaaS is a model where you won't have to worry about the underlining hardware layer and only concentrate on the OS, runtime, and code (though you're still relying on the memory and CPU from actual hardware). 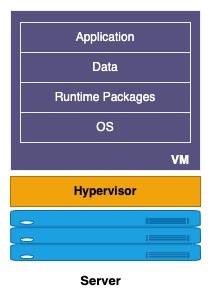 Note: Hypervisor is a component that creates an abstraction on top of the actual hardware that lets you run the virtual machine.

So, from the above illustration, you're responsible from the operating system (OS) layer, and above, that's the virtual machine (VM) box. Coming back to the private cloud, it's a hybrid between traditional and IaaS. In the private cloud model, you still own the hardware but as an application team, you're in control of the virtual machine, which enables you to better utilize the resources, easily scale horizontally (in a micro-service architecture pattern). As an application team, you can decide how much memory and vCPU are required by your application, and easily scale out the application instances.

Now, going to a public cloud model, if you take away the hardware, hypervisor, OS, runtime components from the earlier IaaS diagram, you're left with your application and its data, and that is also called as Platform as a Service (PaaS). You're responsible for your application code and its data. So in other words, a public cloud is a cloud model where you don't own any hardware, you pay for services that you use in various pricing models like per request, per hour, etc. Cloud provider like AWS provide you EC2 as compute instance/server where you can run the code without any hardware operational challenge. In a public cloud provider case, the cloud provider owns the hardware in their physical location. There are a lot of benefits of using the public cloud e.g. not much capacity planning is needed, capacity can be increased quite easily and quickly, etc. What is the disadvantage of using the public cloud? as such there is no real downside of it, however, there could be compliance restrictions on storing sensitive data in a public cloud (not because the public is accessible to all, but, because a system that stores data may not be portable to the cloud).

Once, you understand public and private clouds, hybrid and multi-cloud models are just a piece of cake.
Hybrid cloud means, you're running code on both places, i.e. private cloud in your physical data center and public cloud provider. Why you'll do that? you're still migrating to a public cloud, you need a failover strategy (where failover will happen to the private cloud), and of course sensitive data.
In a multi-cloud model, you want to run the application in multiple cloud providers like AWS, GCP, Azure, etc. And again why you would do that? you don't want to get locked on a single cloud provider and want the flexibility, freedom to move to a different cloud service.

If you have reached here, then I did a satisfactory effort to keep you reading. Please be kind to leave any comments or ask for any corrections. Happy Clouding!

Quickstart: Getting Started With HashiCorp Nomad

Once suspended, akdevcraft will not be able to comment or publish posts until their suspension is removed.

Once unsuspended, akdevcraft will be able to comment and publish posts again.

Once unpublished, all posts by akdevcraft will become hidden and only accessible to themselves.

If akdevcraft is not suspended, they can still re-publish their posts from their dashboard.

Once unpublished, this post will become invisible to the public and only accessible to AK DevCraft.

Thanks for keeping DEV Community 👩‍💻👨‍💻 safe. Here is what you can do to flag akdevcraft:

Unflagging akdevcraft will restore default visibility to their posts.