When I was teaching English in South Korea I worked with a professor that taught me about using rubrics for grading our student's performance. It is difficult to measure each others performance especially in the field of software development. Rubrics create transparency around performance and expectations of a role. I created a rubric to increase visibility and teach others about what Quality Engineers can bring to the table for their teams. I have worked in a few different roles and businesses and many times encountered a new role that I had no idea what they did and how they did it.

My intial attempt at creating a rubric came from thinking deeply about my own performance on a backend heavy team. I thought about the different ways that I contributed and where I could improve and extrapolated that out to a few different categories. I began to share that out with my peers and began to collectively shape this document to represent a role that reflected an average person that might work on any of our development teams. This became a jumping off point for Quality Engineers to either use it as it is or craft their own version to share with their teams. 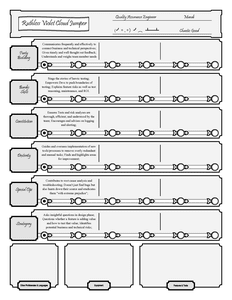 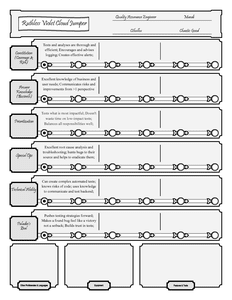 Giving a Voice to the Team and Testing

I am proud of my team members and taking this idea on a path of its own and customizing it. As much as we often want to develop a common standard for every group to use
the fact of the matter is that there is some level of customization each team requires in maintaining their software. We should come to terms with constantly re-evaluating our skill sets within our teams.

Pest: a PHP testing framework that goes above and beyond PHPUnit

Should we have test managers again?

Using Gherkin with your Cypress Tests