Let us first unpack the term ‘serendipity’. Merriam-Webster defines it as

“the faculty or phenomenon of finding valuable or agreeable things not sought for”.

To quote the work of Tammera M. Race and Stephann Makri, from the novel ‘Accidental Information Discovery’:

“serendipity helps us to innovate, to be creative, by offering us bridges across and beyond our created structures. We need serendipity in action, ‘we need ideas we can’t possibly guess that we need.’ Accidental discoveries shift our thinking, helping us to view issues and problems differently, and jumpstarting connections between fields of knowledge.”

With accidental discoveries in mind, many serendipitous elements of everyday life have provided impactful findings in diverse fields such as astronomy, geography, physics, pharmacology, and nanotechnology. Perhaps one of the most notable examples remains Isaac Newton being struck by a falling apple, thereby prompting his discovery of the law of universal gravitation. Now, having defined serendipity in our context, let’s explore how it intersects with recommendation algorithms.

The Process and Purpose of Recommendation Algorithms

For some years now, recommendation algorithms have been the basis of our online activities. When we watch a show on Netflix, listen to music on Spotify, search for something on Google or request a ride with Uber, our activity data is carefully recorded and stored within huge data-centers.

Using the example of Netflix, the data is used for much more than to simply display your viewing history. The viewing history is used by a recommendation algorithm in order to generate, well, recommendations. Thanks to the history of a weekend spent binging Netflix on the sofa, Netflix will be able to predict the next movie or tv show you might appreciate. And this is no secret, Netflix explains their recommendation algorithms in their own words here. In order for us to continue our subscription, an engaging and interesting suggested list of movies and films is paramount. An independent film, a peplum, something from the Avengers series? Who better to take a recommendation from than yourself!** Our digital double is our best advisor.** 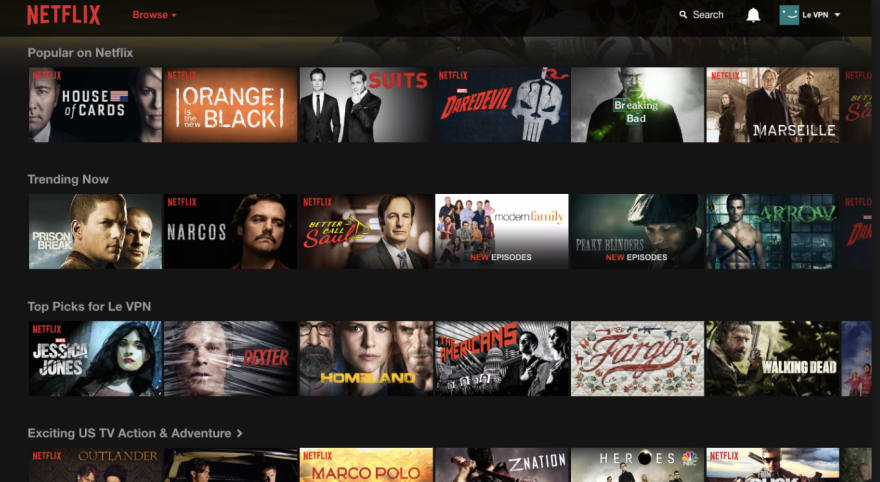 Our taste in almost everything has been overtaken by these recommendation engines for many years now. Not only are our Google and YouTube recommendations influenced by our previous searches, but our Twitter and Facebook newsfeeds are similarly sorted to showcase information that may captivate us. The longer we stay on social networks, the more money they earn. In a cyclical fashion, the more money they make, the more they’re able to optimize their recommendation algorithms, and so on. The Internet’s main goal was originally to open the door to a world of discovery, but today it is reduced to assisting its users to explore their own brains at the profit of someone else.

Social media’s algorithms, Facebook’s in particular, functions to sort what you will most probably ‘like’ to the top of your feed. Which leads to your Facebook newsfeed acting as a perfect example of echo chambers. While in theory, filtering what you are most likely to enjoy makes sense, it comes at a price. 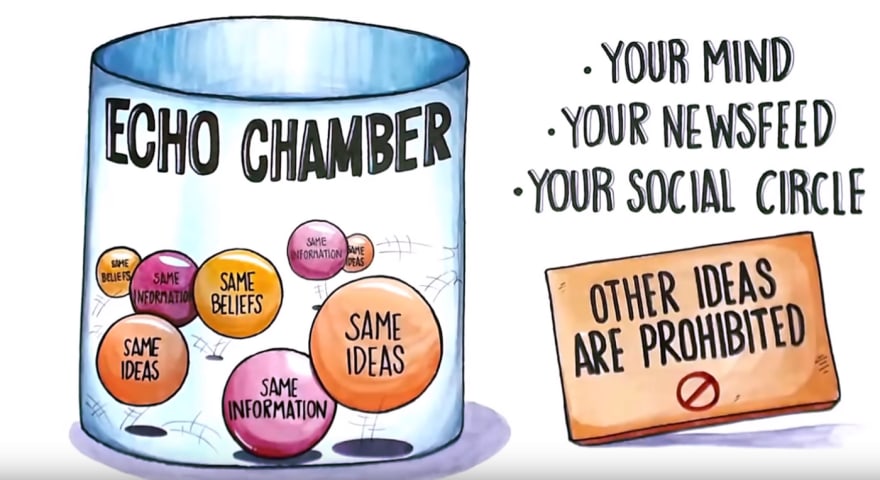 One pertinent example of echo chambers that might come to mind is the 2016 US Presidential election. Many were shocked by the outcome given the thoughts and opinions shared online within their networks. However, due to recommendation algorithms, those who found themselves in a similar situation were simply being fed iterations of their own ideas and beliefs. Ultimately, this regurgitation of your own interests clearly highlights the necessity to have serendipity within recommendation algorithms.

The Need for Serendipity

While it may be easier to remain in one’s ideological comfort zone, there are benefits to embracing the serendipitous in this way.

Whether we like it or not, we actually bathe in this serendipity everyday. For example, at home when looking for a specific item only to come face to face with a previously lost object instead. Or in the evening when we look for a friend, but end up finding another one with whom the discussion turns out to be boring. Indeed, serendipity is not synonymous with happy discoveries but can produce both negative and positive outcomes.

At SSENSE, we continuously strive to question the status quo and embrace new technological concepts and ideals. While part of our success is attributed to being highly data driven, there is always room for serendipity to be injected into the workflow.

A simple way for us to potentially introduce serendipity into our online shopping experience would be to add an element of randomness into our recommender engines which are currently based on historical user behaviour. Imagine a dating-app inspired interface where one could pass a binary judgement — like or dislike — on somewhat randomized recommendations of clothing or footwear. The ways in which this could be implemented are endless.

Introduce Serendipity into the Everyday

With the undeniable benefits of introducing this level of the unknown into your day, don’t hesitate to read a random article online — here’s one easy way — or rent a book at random from your library. Introducing serendipity into your day-to-day might help you better understand yourself and your motivations.

I recently read the book The Hidden Life Of Trees and discovered multiple links between the subject matter and my software engineering design patterns. These accidental discoveries are all thanks to reading a seemingly unrelated novel on how trees communicate with one another. “Biomimicry in algorithms” as a new article? Just give it a try.

Thanks for reading and have a wonderfully serendipitous day!

Kth Largest Element in an Array

Alexis 💫
Coding all day, DJing at night. Digging the web to improve tech knowledges as much as shoveling Soundcloud to find nuggets.
Why I am not getting good at Programming?!!
#beginners #career #discuss #writing
DEV Should Remove the Authors Ability to Hide Comments
#discuss #community #meta #writing
How tough is Freelancing?
#discuss #webdev #help #freelance

Once suspended, alexisanzieu will not be able to comment or publish posts until their suspension is removed.

Once unsuspended, alexisanzieu will be able to comment and publish posts again.

Once unpublished, all posts by alexisanzieu will become hidden and only accessible to themselves.

If alexisanzieu is not suspended, they can still re-publish their posts from their dashboard.

Once unpublished, this post will become invisible to the public and only accessible to Alexis 💫.

Thanks for keeping DEV Community 👩‍💻👨‍💻 safe. Here is what you can do to flag alexisanzieu:

Unflagging alexisanzieu will restore default visibility to their posts.