The Jenkins DSL job is a job which will create another job(s)/pipeline(s)/etc but why create a job to create a job you may ask well, in this way your desired job will be stored as a script in a version control repository therefore you have the ability to version it and have a history of its changes, which was the motivation behind the creation of the DSL jobs in order to achieve configuration as code in Jenkins.

all you need is located in github at alicommit-malp/jenkins_dsl_example

and your your DSL generated job(s)/pipeline(s)/etc are ready to be built.

Here you can create a Seed job, which is basically the job which is going to fetch the script for the actual job in a given version control repository 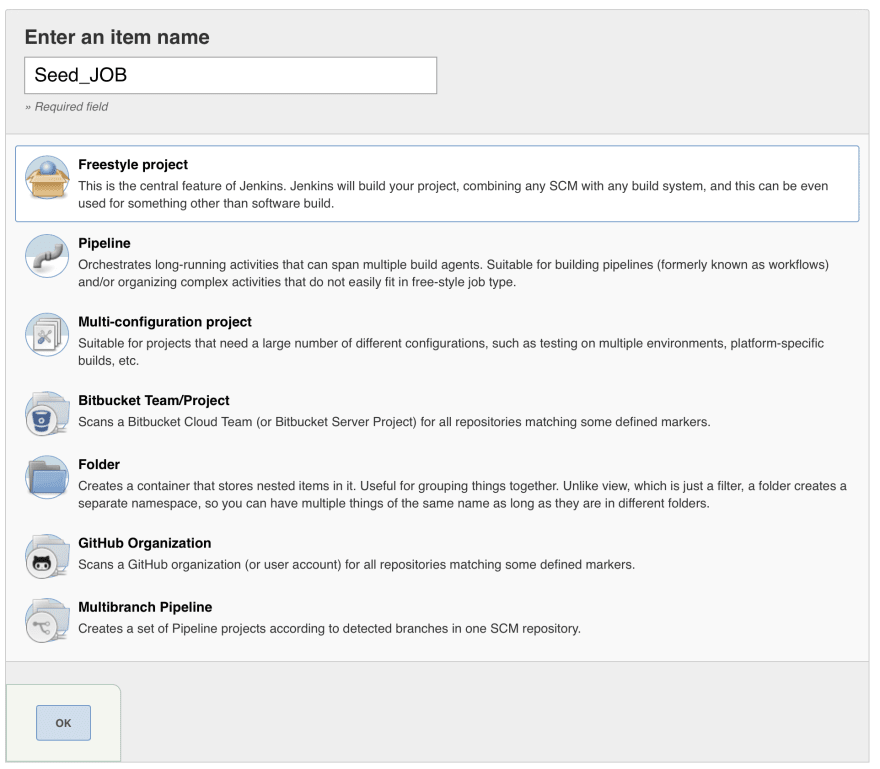 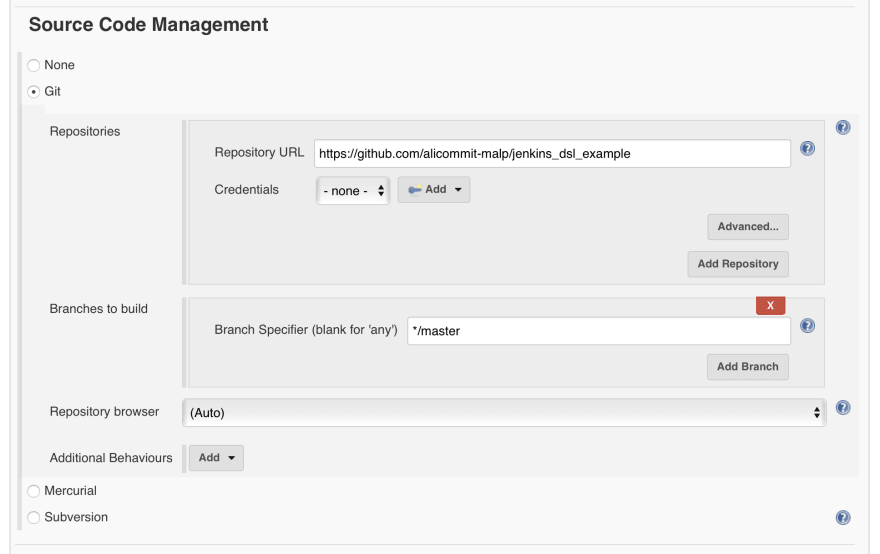 afterwards, and supposing that you have installed the job-dsl-plugin 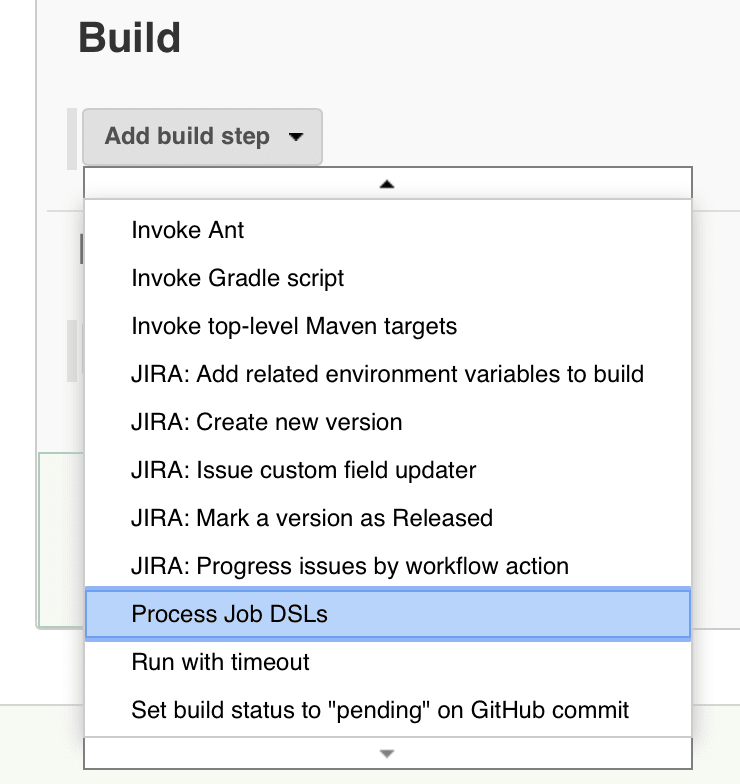 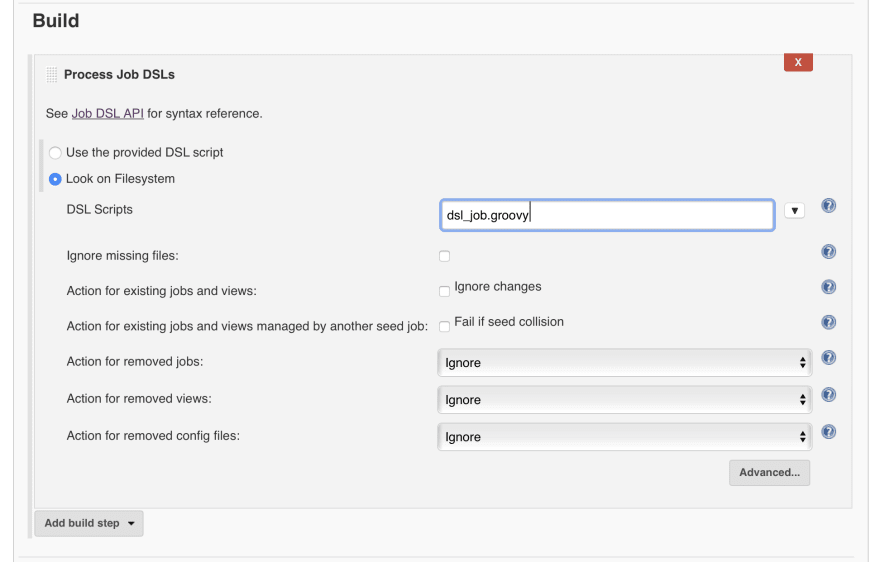 save the job, and build it, and then if you visit the Jenkins dashboard you will see that there is a job which has been added programmatically to the list of the jobs

There you have it, a simple tutorial to Jenkins DSL jobs.
Happy coding :)

all you need is located in github at alicommit-malp/jenkins_dsl_example