Check out the second in this series ⬇️ 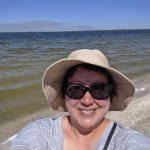 Creating a test harness for a custom component

If you have a shared/core component (or any component for that matter), you can write a component test harness implementation. 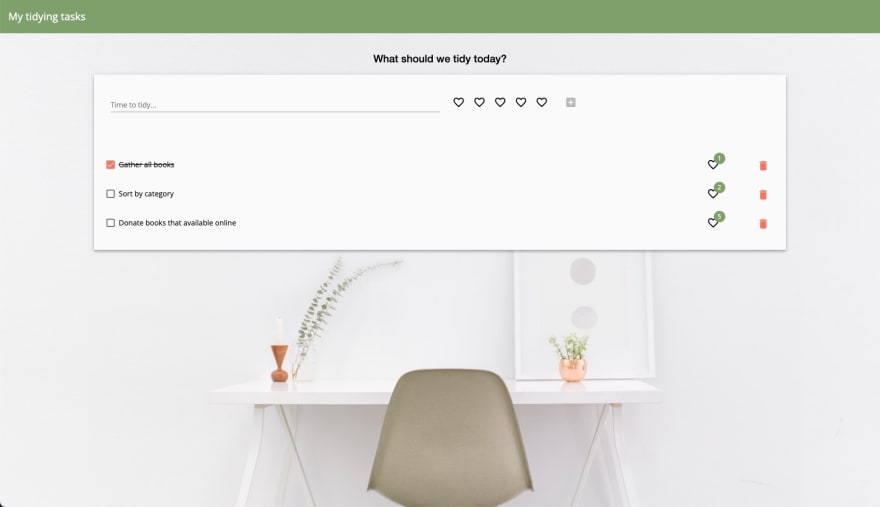 We'll focus on a custom UI component displays five heart buttons. This component helps assign a sentiment rating to your task. We're busy people, so we might want to optimize which items we work on first by the satisfaction we'll get for completing the task. This sentiment-rating component is the component we'll use as an example for the custom component test harness. 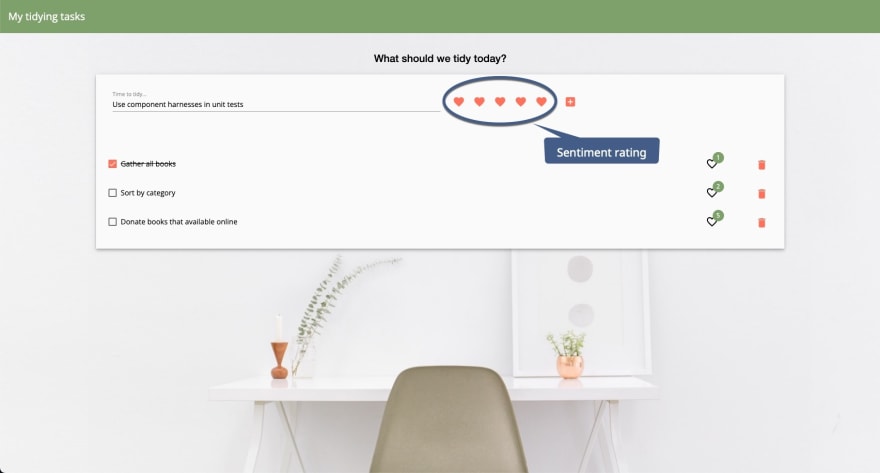 This post assumes knowledge of building a site using Angular and writing unit tests using Karma. The examples shown are from the project GitHub repo.

To do so, we create an interface that extends from CDK's testing API and add a property for filtering.

We need to be able to get the elements that make up the component. In this case, it's five buttons. We can use the base class' helper method locatorForAll('selector'). The base class also has helper methods locatorFor and locatorForOptional so that you can target an individual element or an optional element.

Now that we have access to the elements in the component template, we want to create the API that developers will use when interacting with the component test harness. All API methods return a promise of some kind. For a sentiment rating component, we'll want to get the rate and set a rate.

Get the sentiment rate

The first public method we'll add is getting the rate. We want first to get the rate buttons and then return the number of buttons where the icon is a filled heart. We'll use the parallel helper method to count the filled heart icons because we're making a couple of different async calls. The method looks like this.

Now we have a component test harness that supports setting and getting a rate.

Let's add the filter we created earlier by adding a static method with to the SentimentRatingHarness that creates the filtering predicate. We add the option to filter by, in this case, 'rate' and implement the predicate by returning the test harness that matches the requested rate. The code looks like this.

With this consumers can call getHarness(SentimentRatingHarness.with({rate: 5})).

Angular has excellent documentation on using Angular Material component harnesses and the Test Harness API if you want to dive in even deeper.

Check out my slides on SpeakerDeck for the presentation that inspired this series.

Let me know in the comments if you plan to try using test harnesses or your experience with them.

Add storybook.js to a sveltekit project