My Non-Technical Skills are Valuable. Yours are, too.

When I was 11 and told my dad I wanted to make my own website, I didn't realize it was going to lead to my career. My career journey is long and twisted, and proves there's not one way to become a developer. There are countless paths.

I've met recent coding bootcamp graduates who completely ignore what they did before learning to code as completely irrelevant. But it's not. Your experience is meaningful.

My dad got me setup with some hosting from our local ISP and The Idiot's Guide to HTML. I published my website, and even got an email about it from the mayor of my small Michigan town. It was mostly about me, my pets, and beanie babies. It was the mid-nineties. 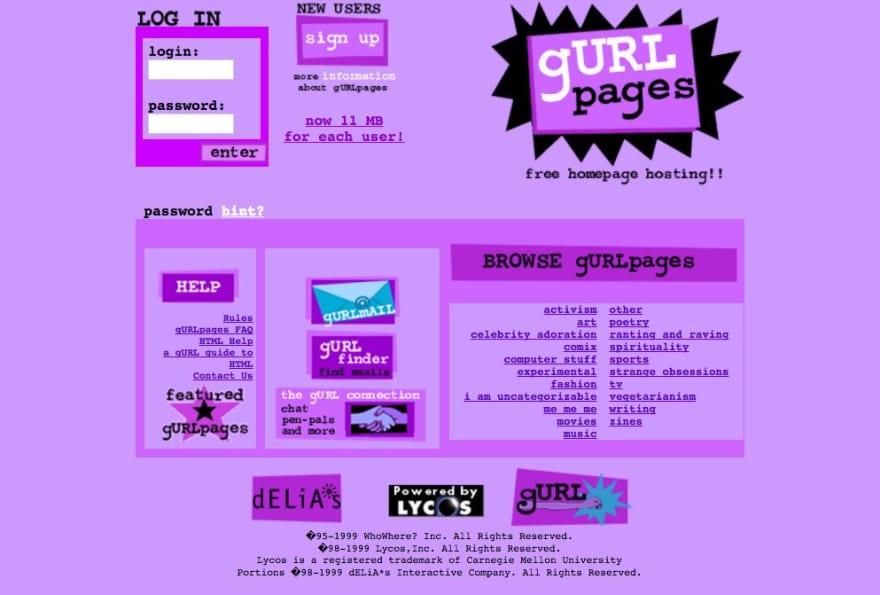 Eventually I moved over to Geocities and learned more HTML. I had a GURLpage that won their award and eventually learned CSS, a little JavaScript, and got my own domain.

In college someone on LiveJournal was looking for someone with HTML skills to work with them at their toy company. I didn't write much HTML, instead I worked for about 10 hours a week building an online toy store with PHP mySQL. Later I was hired by my school's Graduate Studies department to redo their website, a job I adored.

I can't pretend you're likely to find a coding job on LiveJournal, but that doesn't mean you can't leverage what you're already doing into something that involves coding. I've heard of people who loved updating their company website and learned to do more from there. I know someone who worked at a mom n pop hardware store and developed a new way to do inventory management in Excel. The Graduate Studies department had many graduate study interns when I worked there, doing mundane tasks like filing. If one of them had stepped up to work on the website, they wouldn't have needed to hire me.

But I didn't think I wanted to go into programming as a career. Even though I loved my Graduate Studies job, I imagined programming as men in a basement with dark screens drinking Mountain Dew and not knowing how to socialize.

I am so thankful that the old developer stereotype is fading. I've volunteered for an organization called Bit Camp that teaches basic web development to middle school girls. I always try to emphasize what the job is really like: creative, collaborative, and no basements (unless you really want to work in one). 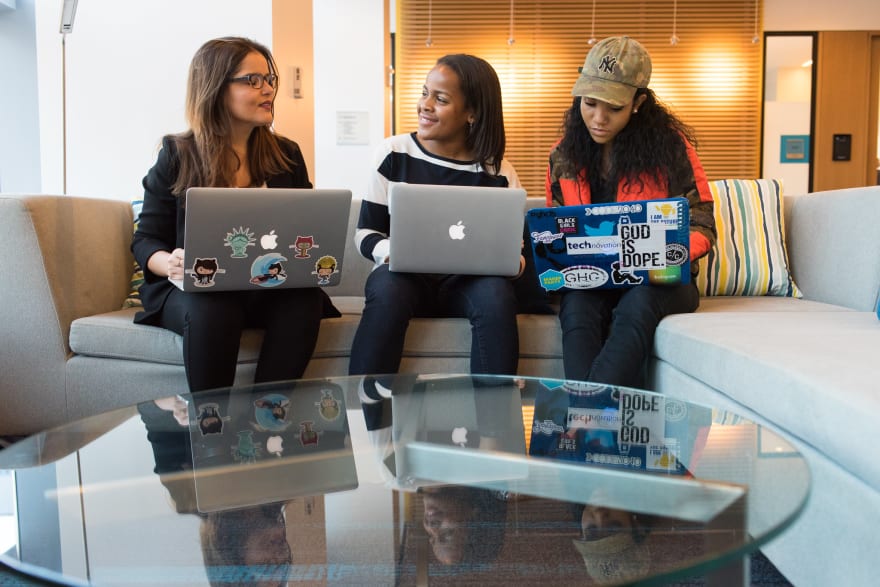 It took me trying something completely different to go back to coding. I was interested in linguistics so I graduated with an English degree and went into speech therapy. Halfway into my Speech Language Pathology master's degree in DC, I came to the difficult realization that this career was not for me. My classmates were full of enthusiasm, but I could barely drag myself away from my apartment to go to class much less give actual therapy to real people. I was still making websites for fun. I knew what I needed to do.

I gave myself a month to find a tech job in DC. If I didn't find one I'd move back to Michigan and go back to school. I found one in a few weeks: working for US Congress. I spent half my time working on congressional websites and half the time fixing staff computers and setting up servers. During this job I learned about Project Management and thought that career might fit my skills.

I was hired at a software company for an extra-technical Support/Account Manager-type role that I thought might lead into Project Management. It did, but my responsibilities went beyond managing projects to doing custom development for clients. For some of the projects, I would "manage the project" and then I would do the work.

One piece of advice I give people looking to break into programming but don't have the background or don't know if it's right for them is to consider a customer support role at a web development agency or software company. This gives you an idea of what it's like to work at this type of company, lets you work with programmers to see what their jobs are actually like, and might even come with some training opportunities or tuition reimbursements. At the company I work for now, customer support reps have become QA Engineers and Software Engineers within the company.

My next job was so strange I can't possibly describe it in one paragraph, but I wasn't coding at all and spent more time doing people management. It was a tiny company, and my role also included HR and making sure the day's Seamless order went through. I missed coding. I made a few company websites for recruiting purposes. In my spare time, I figured out what skills I needed for a front-end developer job, and brushed up on them.

At this point I'd been coding in some form or another for over 10 years, but still didn't feel qualified for a coding job. I hadn't heard the term "imposter syndrome" yet; when I did her it, I would instantly think back to this time period. I did a bit of freelance work and eventually convinced a company to hire me as a junior Front-End Developer.

I worked there for four years. During that time: my boss quickly realized I'd undersold my skills and was not junior, I was unofficially labeled "senior" (the company didn't have tiered titles), and I was promoted to Team Lead. All that management stuff I'd done turned out to be good for something.

Your non-tech background is good for something, too. My project management experience meant that when my current company asked developers to demo their recent work to the whole company every sprint, I didn't bat an eyelash. Working for congress means when the customer support folks at my current company are dealing with customer complains, I know what that feels like. I work well with product managers because I've been in similar shoes. And my English degree? I've been writing and editing company blog posts at every job, and companies I've left are still using the job descriptions I penned years ago. My PRs are often used as examples for other developers.

When I left that company I knew exactly what kind of place I wanted to work for next, and I found it. I was hired as a senior-level Software Engineer and after a little over a year I was promoted to Lead Software Engineer. One of the most important things I've learned is that my background, while not traditional, is still valuable.