There are times when you need to manage Docker infrastructure from .NET/C# - probably not an every day task, but it's definitely interesting. You could build your own monitoring solution, container management, automation and so on if you could use it from C#. Fortunately, this library exists and was created by Microsoft, so expect long support and high quality.

What could you build with Docker/C# integration? Here are some ideas:

These are just on top of my head.

This is the most trivial example and it just works: 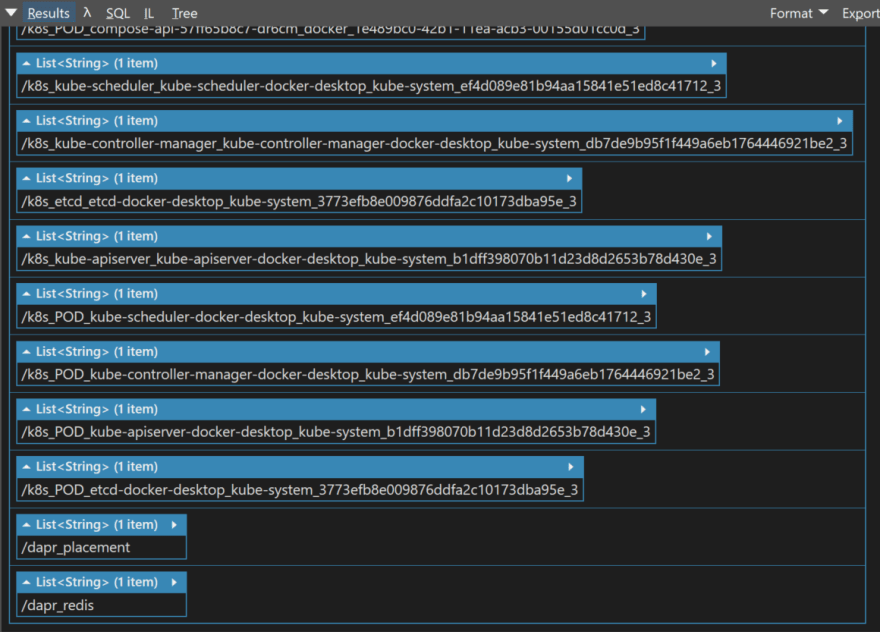 This is a more interesting one - you can subscribe to container stats (memory, cpu usage and so on) and get notified regularly, then you can use that data somewhere else, like plot a chart.

Tailing logs is also really interesting, this could be essential if you want say build a log monitoring solution for docker. And there is API for this as well.

This essentially subscribes to log output of a particular container (Follow = true) and intercepts both error and stdout streams. Timestamps is optional and indicates whether you want to display timestamps at the beginning of each line - can be useful if software running in the container doesn't produce them.

You can use this to build some UI with colorisation and tailing like I've prototyped for myself: 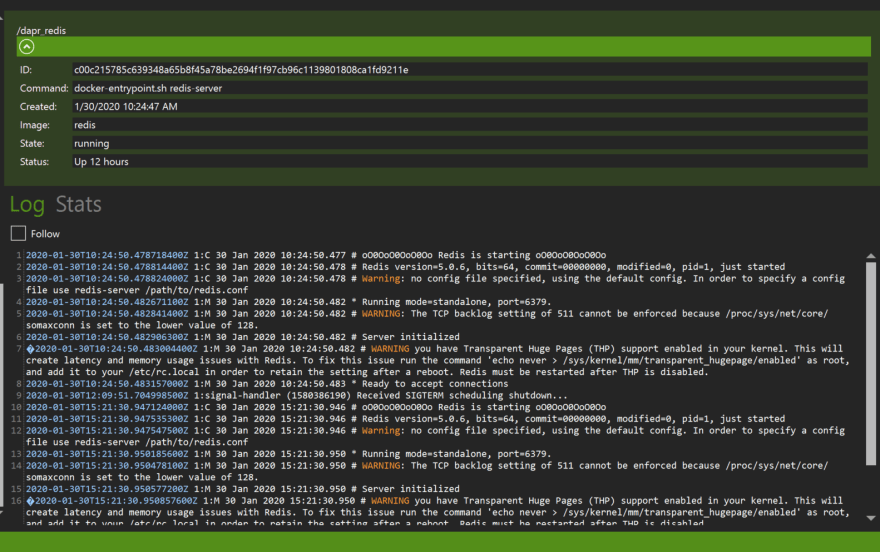